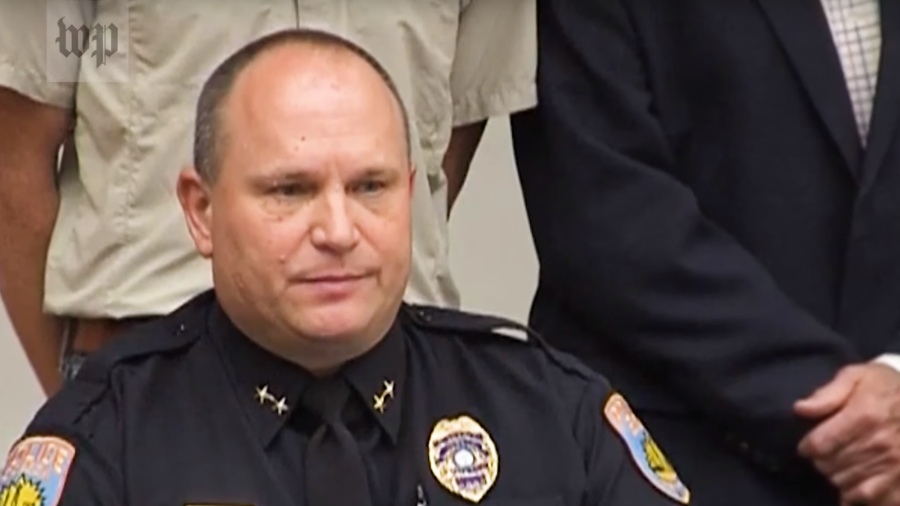 “I am not going to give him any notoriety for what he did,” Odessa Police Chief Michael Gerke said during a news conference.

Odessa police said Sunday that one gunman was involved in a shooting Saturday that killed at least seven people and injured more than 20 others.

Police previously suspected multiple shooters were potentially involved, Odessa Police Chief Michael Gerke said during a news conference, The Hill reported. They are now “confident” there was only one.

Gerke said he would not identify the suspected shooter publicly at the conference.

“I am not going to give him any notoriety for what he did,” he added.

The shooter’s identity will be provided at a later date.

The suspect was included in the attack’s fatalities, according to police.

A manhunt was underway for the suspected shooters and officers requested that the public avoid roadways. The suspects were shooting at random people, according to police. Republican Texas Gov. Greg Abbott called the shootings “senseless and cowardly,” according to a statement.

Massachusetts Sen. Elizabeth Warren and former Texas Rep. Beto O’Rourke were among several Democratic presidential candidates who spoke out after the shooting.

The Democratic candidate reiterated those sentiments Sunday on CNN.