The Obama administration proposes to give away control of the internet — a significant threat to our freedom. 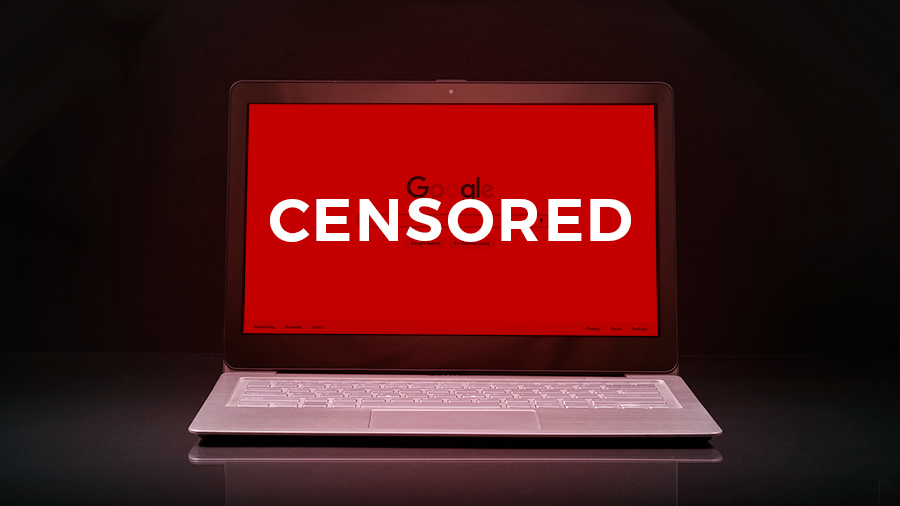 This is a portion of remarks Sen. Ted Cruz, R-Texas, delivered on the Senate floor on Thursday.

The Obama administration’s proposal to give away control of the internet poses a significant threat to our freedom, and it’s one that many Americans don’t know about. It is scheduled to go into effect on Sept. 30, 2016. Twenty-two days away. Just over three weeks.

Now what does it mean to give away control of the internet?

From the very first days of the internet, when it was developed here in America, the United States government has maintained its core functions to ensure equal access for everyone with no censorship. The government role isn’t to monitor what we say, it isn’t to censor what we say, it is simply to ensure that it works — that when you type in a website, it actually goes to that website and not somewhere else. And yet, that can change.

The Obama administration is instead pushing through a radical proposal to take control of internet domain names and instead give it to an international organization, ICANN [Internet Corporation for Assigned Names and Numbers], that includes 162 foreign countries. And if that proposal goes through, it will empower countries like Russia, like China, like Iran to be able to censor speech on the internet, your speech. Countries like China, Russia, and Iran are not our friends, and their interests are not our interests.

Imagine searching the internet and instead of seeing your standard search results, you see a disclaimer that the information you were searching for is censored. It is not consistent with the standards of this new international body, it does not meet their approval.

Now, if you’re in China, that situation could well come with the threat of arrest for daring to merely search for such a thing that didn’t meet the approval of the censors. Thankfully, that doesn’t happen in America, but giving control of the internet to an international body with Russia, and China, and Iran having power over it could lead to precisely that threat, and it’s going to take Congress acting affirmatively to stop it.

You look at the influence of foreign governments within ICANN, it should give us greater and greater concern.

For example, ICANN’s former CEO Fadi Chehadé left ICANN to lead a high-level working group for China’s World Internet Conference. Mr. Chehadé’s decision to use his insider knowledge of how ICANN operates to help the Chinese government and their conference is more than a little concerning.

This is the person who was leading ICANN, the body that we are being told to trust with our freedoms. Yet this man has since gone to work for the Chinese Internet Conference, which has rightly been criticized for banning members of the press such as The New York Times and The Washington Post.

But you know what, even reporters you may fundamentally disagree with have a right to report and say what they believe. And yet, the World Internet Conference banned them — said “we do not want these reporters here, presumably, because we don’t like what they’re saying.” — which led Reporters Without Borders to demand an international boycott of the conference, calling China the “enemy of the internet.”

I would note that once this transition happens, there are serious indications that ICANN intends to seek to flee U.S. jurisdiction and flee U.S. laws. Indeed, earlier this summer, ICANN held a global conference in Finland in which jurisdiction shopping was part of their agenda, trying to figure out what jurisdiction should we base control of the internet out of across the globe.

A representative of Iran is already on record stating, “we should not take it [for] granted that jurisdiction is already agreed to be totally based on U.S. law.” Our enemies are not hiding what they intend to do.

Not only is there a concern of censorship and foreign jurisdictions stripping U.S. law from authority over the internet, there are also real national security concerns. Congress has received no assurances from the Obama administration that the U.S. government will continue to have exclusive ownership and control of the .gov and .mil top-level domains in perpetuity, which are vital to our national security. The Department of Defense, the Army, the Navy, the Air Force, the Marines all use the .mil top-level domain. The White House, the CIA, the FBI, the Department of Homeland Security all use .gov.

The only assurance ICANN has provided the federal government regarding .gov and .mil is that ICANN will notify the government in the future if it decides to give .gov and .mil to another entity. So if someone is going to the IRS, or what you think is the IRS, and you’re comforted that it’s on a .gov website so that you know it must be safe, you may instead find yourself victims of a foreign scam, a phishing scam, some other means of fraud with no basic protections.

Now, some defenders of the Obama proposal say “this is not about censorship. It’s about handing control to a multi-stakeholder unit. They would never dream of censoring content on the internet.”

Well recently, leading technology companies in the United States — Facebook, YouTube, Twitter, and Microsoft — reached an agreement with the European Union, to remove “hate speech” from their online platforms within 24 hours. Giant U.S. corporations signing on with the government to say, “we are going to help you censor speech that is deemed unacceptable.”

And by the way, the definition of “hate speech” we have seen can be very, very malleable depending upon what norms are trying to be enforced. For example, the Human Rights Campaign, which is active within ICANN, has featured the Family Research Institute, the National Organization for Marriage, the American Center for Law and Justice, and other conservative and religious groups in a report entitled “The Export of Hate.”

We are facing the real possibility of an international body having the ability to censor political speech if it is contrary to the norms they intend to enforce. In their view, it is hate to express a view different from whatever the prevailing orthodoxy is being enforced.

Now it is one thing dealing with government organizations that try to stifle speech that is profoundly inconsistent with who we are as Americans. But to hand over control of the internet, to potentially muzzle everybody on the internet, is to ensure that what you say is only consistent with whatever is approved by the powers that be, and that ought to frighten everybody. And there is something we can do about it. Along with Congressman Sean Duffy [R-Wis.] in the House, I have introduced the Protecting Internet Freedom Act, which if enacted will stop the internet transition, and it will also ensure that the United States government keeps exclusive ownership and control of the .gov and .mil top-level domains. Our legislation is supported by 17 key groups across the country, advocacy groups, consumer groups, and it also has the formal endorsement of the House Freedom Caucus.

This should be an issue that brings us all together — Republicans, Democrats, all of us coming together. There are partisan issues that divide us, there always will be. We can have Republicans and Democrats argue till the cows come home about the top marginal tax rate, and that is a good and healthy debate to have. But when it comes to the internet, when it comes to basic principles of freedom, letting people speak online without being censored, that ought to bring every one of us together.

As members of the legislative branch, Congress should stand united to rein in this president, to protect the constitutional authority expressly given to Congress to control disposition of property of the United States. To put the matter very simply: The Obama administration does not have the authorization of Congress, and yet, they are endeavoring to give away this valuable, critical property, to give it away with no authorization in law. I would note the government employees doing so are doing so in violation of federal law, and they risk personal liability in going forward contrary to law. That ought to trouble all of us.

And if the Obama administration jams this through, hands control of the internet over to this international organization, this United Nations-like, unaccountable group, and they take it overseas — it’s not like the next president can magically snap his or her fingers and bring it back. Unscrambling those eggs may well not be possible. I suspect that’s why the Obama administration is trying to jam it through on Sept. 30, to get it done in a way that the next president can’t undo it, that the internet is lost for generations to come. To stop the giveaway of our internet freedom, Congress should act by continuing and by strengthening the appropriations rider in the continuing resolution that we will be considering this month, by preventing the Obama administration from giving away control of the internet.

Next week, I will be chairing a hearing on the harms to our freedom that come from the Obama administration’s proposal to give away the internet.

As President Ronald Reagan stated, “Freedom is never more than one generation away from extinction. We didn’t pass it on to our children in the bloodstream. It must be fought for, protected, and handed on for them to do the same, or one day we will spend our sunset years telling our children and our children’s children what it was once like in the United States when men were free.”

I don’t want you and I to have to tell our children and our children’s children what it was once like when the internet wasn’t censored, wasn’t in the control of the foreign governments.