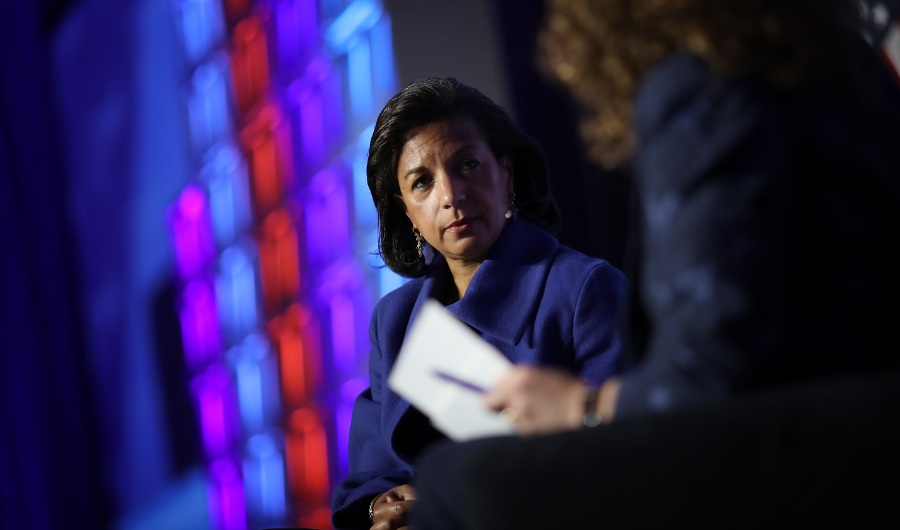 During the 2020 campaign, we speculated that the main goal of the Democrats was to get the Obama machine back in power, to the extent that one of our researchers even predicted that Michelle Obama would be the last-minute Democrat nominee, as she seemed to have the best chance of fulfilling that goal.

As it turned out, the former First Lady gets to continue relaxing at the shore with her friends, sipping drinks with little umbrellas, since she didn’t have to give up the easy life after all and enter the political fray. This wasn’t because the goal had changed — not at all — but because the Obamas and their strategists had put together a plan for reaching it by other means. And in the end, that’s exactly what they did.

Getting the Gang That Couldn’t Shoot Straight Back Together

If former acting Director of National Intelligence Rick Grenell is correct, the Obama/Biden “shadow President” will be none other than Obama’s former National Security Adviser Susan Rice.

Biden was selected as a relatively moderate-seeming presidential candidate, and California Sen. Kamala Harris was the Obama designee to be on the ticket with him. This despite the fact her own presidential campaign hadn’t gone anywhere and she had dropped out even before her home state’s primary, without receiving even one vote from any state. She was there to provide the requisite racial diversity and leftist credentials, and also to function as Obama’s anointed one and likely Biden’s quick successor.

Now that Biden is about to take office, we can see that the Executive Branch of government is going to look like “old home week,” with Obama’s people back in full force. First, as reported on PJ Media by Robert Spencer of the David Horowitz Freedom Center, Biden’s deputy secretary of state will be Wendy Sherman, whose main “accomplishment” was negotiating Obama’s Iran deal, which Obama still apparently views as the big star in his crown.

Next, Biden’s undersecretary for political affairs will be another Obama official whose name rings a bell: Victoria Nuland. Of these two, Biden said they “have secured some of the most defining national security and diplomatic achievements in recent memory. I am confident they will use their diplomatic experience and skill to restore America’s global and moral leadership. America is back.”

Back … to being what? I suggest back to being the same chumps we were before President Trump assumed office. Read Spencer’s piece for details of what Israeli Prime Minister Benjamin Netanyahu said about the Iran deal two years ago. Iran was blatantly lying, he said, when they claimed to have no plans to construct nuclear weapons. The Iranians continued to work on expanding their nuclear weapons program, Project Amad, and to deny anything about this to US officials. So here we go again.

Spencer writes that “now Joe Biden is rewarding the chief architect of this mess with a promotion for her incompetence.” (Question: is it “incompetence” when an employee does exactly what her boss instructs her to do? Maybe that’s his incompetence.) “Nor is it Wendy Sherman alone,” Spencer continues. “The entire foreign policy arm of the Biden administration is set to be staffed by these failures, phonies and frauds. But with the establishment media doing everything it can to put the best possible face on the coming fiasco, most Americans will have no idea what is going on, or why.”

About Susan Rice being appointed to head Biden’s White House Domestic Policy Counsel, he noted that she has no background whatsoever in domestic policy. She’d been on Biden’s short list for running mate, but this way of bringing her in was much less risky and doesn’t even require Senate confirmation. “She is…somebody who is going to be incredibly influential,” Grenell said. As a former national security advisor, he said, “she knows that entire apparatus.”

They’d been making moves in the Obama administration towards making her secretary of state, but backed off because “she didn’t have the votes,” for Senate confirmation, Grenell said. “I think the reality is, she’s going to be running foreign policy [and] domestic policy. She’s probably extremely happy that Kamala Harris is going to be preoccupied with the Senate, trying to manage 50-50, being the 101st senator there, and won’t have a lot of time to get into policy issues.”

“I think you need to watch Susan Rice very closely,” Grenell said. “She will be the shadow President.”

He noted how far left Biden has drifted in even the past five years. “The progressives have clearly taken over him, and I think that that’s why he won. They wanted someone who had a name, that they could control, and Susan Rice being right there at the White House, to be the shadow President, is probably exactly where she wants to be — behind the scenes, and unchecked.”

Again, here we have it: in effect, the third term of President Obama. Susan Rice will be in the White House, positioned to run essentially everything.

On the 10th of this month, David Marcus wrote an opinion piece for the New York Post that talked about Rice’s upcoming role.

For those who have short memories, Susan Rice participated not only in the repeated, blatant lying about what led to the Benghazi attack, but also in the “unmasking” of Lt. Gen. Michael Flynn in phone calls that were appropriate for him to make as part of Trump’s transition team. Marcus calls her “a veritable poster child of Obama-era corruption.”

She lied about her knowledge of the spying on Trump’s team as well. When asked by Judy Woodruff of PBS if she was aware of it, she said, “I know nothing about this. I was surprised to see the reports.” We now know that she knew perfectly well about this and helped lead the effort. (The same could be said of Biden, of course, who even brought up the Logan Act on January 5, 2017, as a way to go after Flynn.) The new White House team is just counting on enough of us to move on from this.

Grenell hopes that in the last few days of the Trump administration, we’ll see a “treasure trove” of declassified documents that offer more details about the knowledge career officials had from the start that the “Russia” story was all phony and politically motivated. “Those voices are in the documents,” he said. Until now, bureaucrats have “classified them away.”

Regardless of what is revealed, we can be sure of one thing: what we’re about to get, as of Wednesday, is Obama Administration 2.0. Like Obama 1.0, it will be so concerned with its own agenda that honesty will be its last consideration.