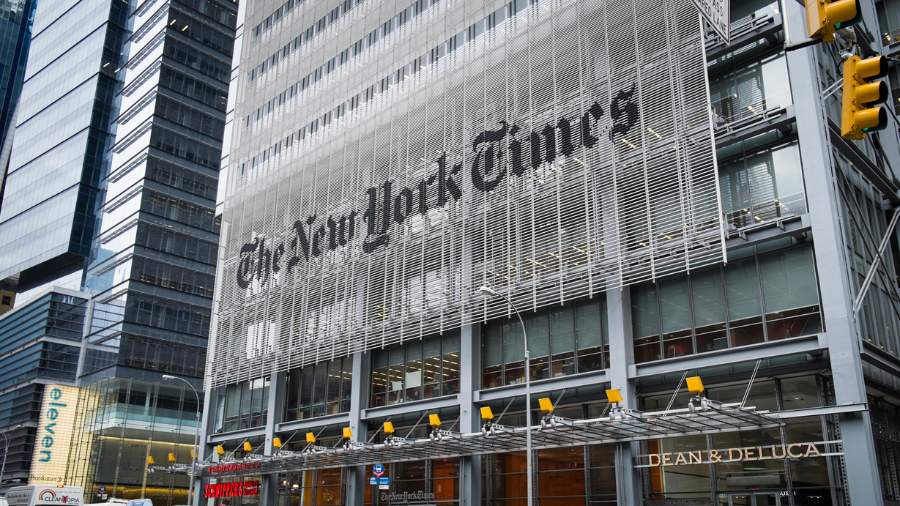 A Pulitzer Prize-winning correspondent for The New York Times said “there’s a real internal tug of war” at the paper between “the reasonable people” and “the crazier leftist s— that’s worked it’s way in,” according to a video released by Project Veritas on Wednesday.

The national security reporter, Matthew Rosenberg, who appears to have been recorded without his knowledge, purportedly said he has “a lot of younger colleagues who don’t seem to get what we do (at the NYT),” referring to “woke” employees who arrive after “indoctrination” from “a fancy Ivy League school.”

“They’re not the majority, but they’re a very vocal loud minority that dominates social media,” Rosenberg said of his “woke” colleagues, according to the Project Veritas video. These NYT employees “would’ve been considered toxic” and “would’ve been shunned” if not for having been “elevated by social media,” he said.

“They’re not the clearest thinkers,” Rosenberg purportedly said of his colleagues. “You’re still like, ‘God, what the f— are we doing here?’” Rosenberg said of the “subtle” presence of this “worldview” at the NYT.

Asked if this practice of “giving in” to “the crazier leftist s—” pays off for the NYT, Rosenberg said “no, in the end it does not.” “I think we’re alienating more subscribers than we’re getting out of this s—,” he said. “Most of our subscribers are prosperous. Most of them probably don’t want to hear that they’re awful people all the time, and the really woke kind of racial stuff really bugs them.”

“They don’t think a world in which everybody is defined by their racial identity is a good idea,” Rosenberg said of the NYT’s subscribers in the video.

Project Veritas released a video featuring Rosenberg which appears to have been similarly recorded without his knowledge on Tuesday.

Rosenberg and the NYT did not immediately respond to the Daily Caller News Foundation’s requests for comment.