Reporters conveniently leave out that the alleged victim has no recollection of the incident and refused to talk to authors about it. 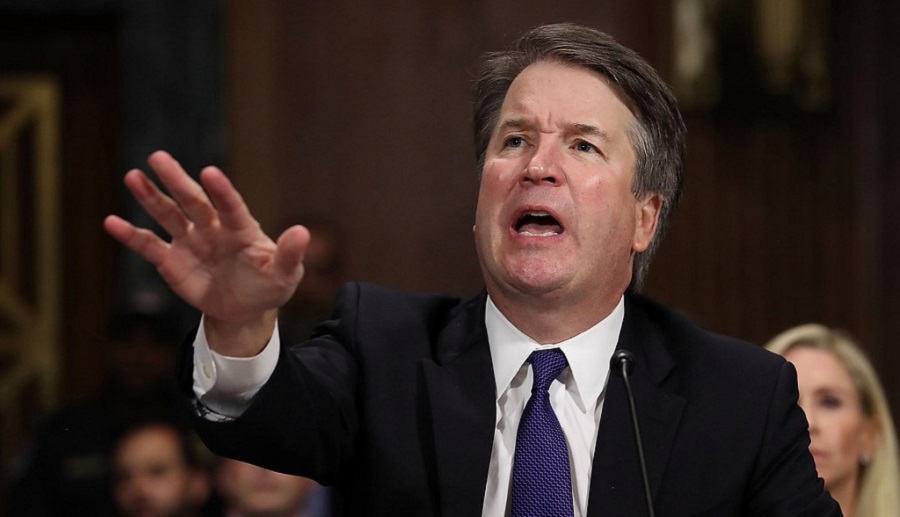 The New York Times left out exculpatory evidence in relaying a story about Supreme Court Justice Brett Kavanaugh’s time as an undergraduate student at Yale University.

Times reporters Robin Pogrebin and Kate Kelly wrote an article in Sunday’s paper drawing from their new book, The Education of Brett Kavanaugh: An Investigation.

“A classmate, Max Stier, saw Mr. Kavanaugh with his pants down at a different drunken dorm party, where friends pushed his penis into the hand of a female student. Mr. Stier, who runs a nonprofit organization in Washington, notified senators and the F.B.I. about this account, but the F.B.I. did not investigate and Mr. Stier has declined to discuss it publicly,” Pogrebin and Kelly wrote, adding that they “corroborated the story with two officials who have communicated with Mr. Stier.”

The article left out a crucial fact included in the book: The alleged victim reportedly has no recollection of the incident in question. The woman “refused to discuss the incident” with the authors, and “several of her friends said she does not recall it,” Pogrebin and Kelly wrote in the book.

Carrie Severino, an attorney with the conservative Judicial Crisis Network, tweeted out the relevant page from the book, which officially releases Tuesday.

National Review’s John McCormack described the Times’ omission as one of the “worst cases of journalistic malpractice that I can recall.”

Pogrebin and Kelly didn’t immediately return emails inquiring why they left out the exculpatory evidence from their article.

Democrats seized on the Times article to call for Kavanaugh’s impeachment. Democratic presidential candidate Kamala Harris, California’s junior senator, tweeted Kavanaugh’s “place on the Court is an insult to the pursuit of truth and justice. He must be impeached.”

“Last year the Kavanaugh nomination was rammed through the Senate without a thorough examination of the allegations against him,” Democratic Massachusetts Sen. Elizabeth Warren, also a 2020 candidate, wrote on Twitter Sunday. “Confirmation is not exoneration, and these newest revelations are disturbing. Like the man who appointed him, Kavanaugh should be impeached.”

Pogrebin and Kelly also rehashed a previous accusation from Debbie Ramirez, one of Kavanaugh’s former classmates at Yale, who accused Kavanaugh of drunkenly displaying his penis in her face at a party.

Pogrebin and Kelly’s essay didn’t mention that their Times colleagues reported during Kavanaugh’s confirmation in 2018 that Ramirez “could not be certain Mr. Kavanaugh was the one who exposed himself” to her.