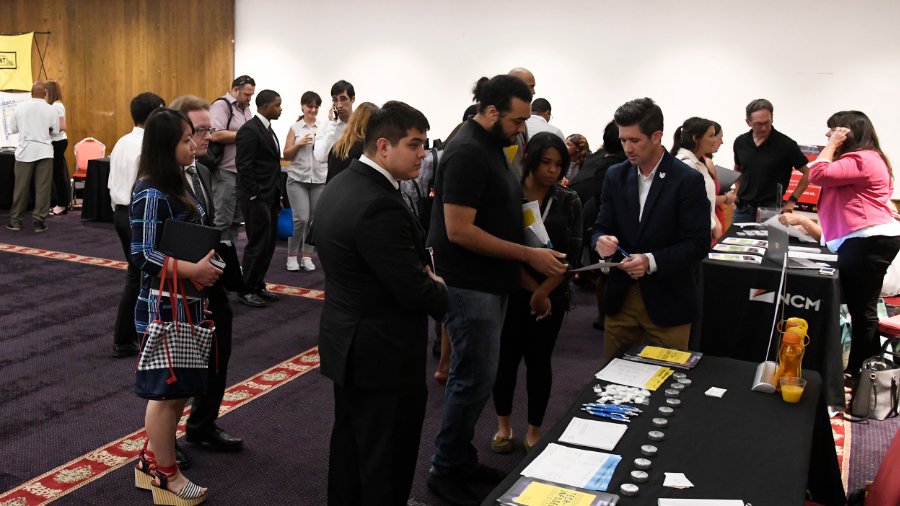 By Timothy Doescher Published on December 7, 2018 •

After months of explosive growth, the U.S. economy simmered to a somewhat slower pace of growth in the month of November.

The Bureau of Labor Statistics reported on Friday that the economy added 155,000 jobs in November, well below expert predictions, while at the same time maintaining a 50-year low unemployment rate of 3.7 percent, and steady wage growth.

With over 7 million open jobs in America, employers are now more willing to raise wages and benefits, with average hourly earnings for all employees having risen by 6 cents in the last month to $27.35, and rising 81 cents (or 3.1 percent) over the whole year. This is the second month in a row where wages have grown by 3 percent from 12 months prior.

But more needs to be done to ensure that sustainable growth continues and we don’t continue to underperform expert predictions.

Many are concerned that President Donald Trump’s tariffs will lead to a loss of jobs and economic growth. According to a recent study, if all of Trump’s proposed tariffs are implemented, the U.S. will lose nearly 300,000 jobs, and long-run gross domestic product will fall by 0.38 percent.

Instead of using tax increases as a negotiating tactic, let’s spend our energy tackling out-of-control spending in Washington.

While the jobs report hasn’t shown a consistent trend of losses in the sectors impacted by tariffs, history shows that anytime tariffs are implemented, jobs are lost and growth is stifled. Tariffs are a tax on businesses and consumers, and when we tax more of something, we get less of it — including jobs.

Instead of using tax increases as a negotiating tactic, let’s spend our energy tackling out-of-control spending in Washington that places the burden on future job creators. Let’s continue to cut red tape that holds businesses back.

Business owners around the country deserve the credit for pushing through the uncertainty emanating from Wall Street and Washington. Washington should do its part and help them by totally abandoning the job-killing tariffs.

10 Years Later: The Global Financial Crisis Was Worse for US Than 9/11

This Labor Day, American Workers Can Say: The Economy is Strong