‘Not Safe’: England to Shut Down Only Gender Clinic for Minors While Biden Pushes Child Sex Changes 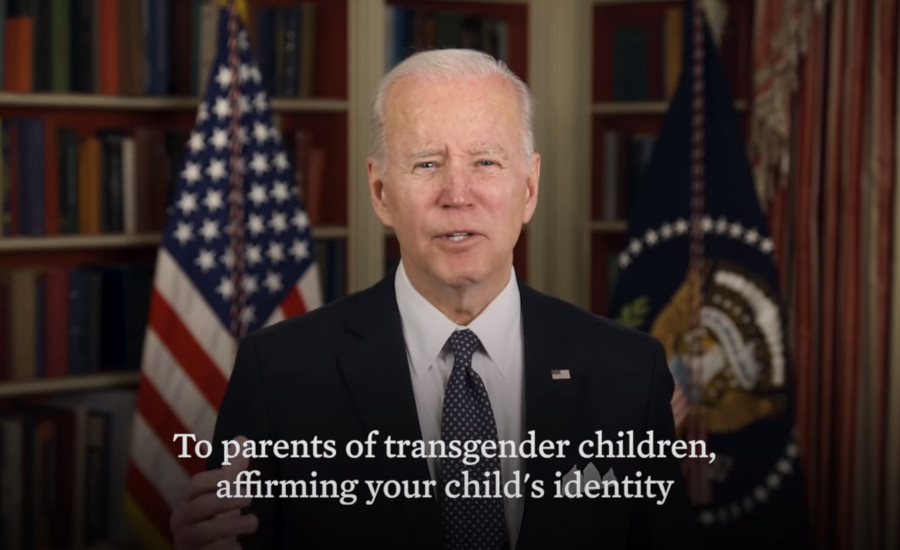 England’s National Health Service plans to shut down its only youth gender clinic after an investigation found it to be unsafe for children, according to The Telegraph.

An independent review found that medical professionals at Tavistock transgender clinic were pressured to unquestioningly affirm children’s gender identities and skip the normal clinical assessment process, prompting the NHS to shut down the clinic by spring 2023.

To transgender Americans of all ages, I want you to know that you are so brave. You belong. I have your back. pic.twitter.com/mD4F0m3rU1

The move comes after a yearslong investigation into claims that doctors were fast-tracking children into biomedical interventions to affirm their transgender identities without considering mental health issues or other factors, according to The Telegraph. Meanwhile, the Biden administration continues to promote childhood sex changes as a medically-necessary and potentially lifesaving treatment.

The review began in 2020 over concerns that there was “scarce and inconclusive evidence to support clinical decision making,” according to The Telegraph. Tavistock was reportedly offering puberty blockers to children as young as 10 years old.

The review also considered the soaring popularity of child sex changes and the rapidly changing demographics of those seeking the procedures, according to The Telegraph.

Referrals for the clinic’s gender services spiked from 250 to 5,000 annually over the course of a decade, and while patients used to primarily be boys who wanted to become girls, the clinic saw a rapid rise in teenage girls seeking to become men.

Despite concerns about the safety of childhood sex changes, which can include puberty-blocking medications, cross-sex hormones, and surgeries, the Biden administration is promoting these interventions through federal agencies.

Gender affirming care for transgender youth is essential and can be life-saving. These actions perpetuate the spirit of intolerance and discrimination against transgender youth, it is unconscionable that evidence-based care is being politicized. https://t.co/rODnS8fiFj

Rachel Levine, a representative of the Biden administration, has expressed that children need to be empowered to get sex changes, which Levine euphemistically refers to as “gender-affirming care.”

Levine, who is transgender, also previously claimed there was no debate in the medical community about childhood sex changes and endorsed Biden’s executive order expanding access to these procedures.

“To transgender Americans of all ages, I want you to know that you are so brave. You belong. I have your back,” Biden tweeted March 31 alongside a video of Biden characterizing state-level restrictions on child sex changes as an attack on transgender people.

In addition to his consistent public support for childhood gender transitions, Biden plans to force insurers to pay for sex-change procedures through an expansion of Section 1557 of the Affordable Care Act and to force schools to allow boys who identify as girls to use girls’ restrooms and other private facilities through a reinterpretation of Title IX of the Education Amendments of 1972.

The White House, the NHS, and the Tavistock and Portman NHS Foundation Trust did not respond to The Daily Caller News Foundation’s requests for comment.