Not Ready for Prime Time: Weekend Response to January 6 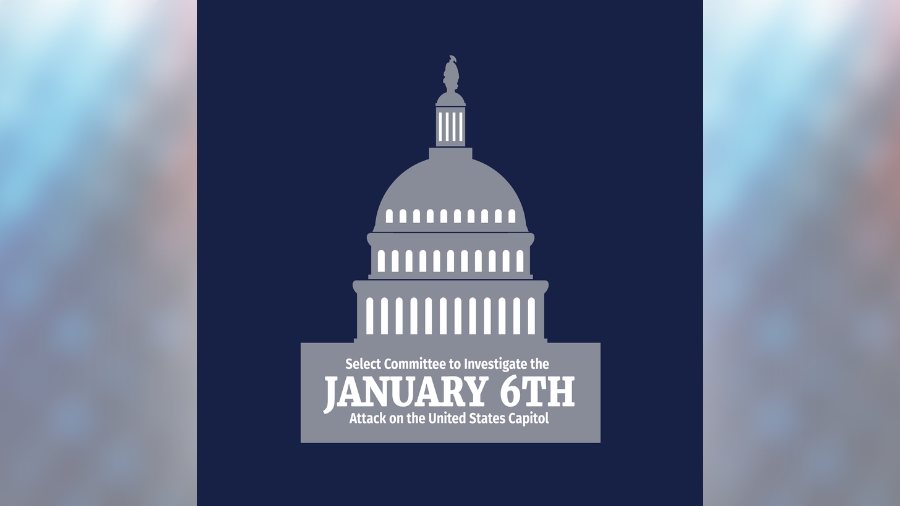 Let me say this: Any time people show you edited video, whether the clip is edited or it’s put together with the other clips from other things, and any time they put an audio overlay over that, especially if the audio comes from a different time or place, which is what the January 6 committee is doing…are we not sophisticated enough yet as voters and the public to know that when anybody does this, it’s propaganda? It wouldn’t matter who did it. If the Pope makes you a ‘mix’ video, it’s propaganda.

You are being manipulated. If your best friend does this, “he’s not your friend. I don’t know how much more clearly I can say it.”

Every bit of that is criminal, basically, or should be criminal. We’re allowing our government to do something right in front of us that should be against the law [when the other side isn’t allowed to respond]. But the only reason it’s not is that the people doing it make the laws….and I’m kind of amazed that we put up with it.

We’ve said it wasn’t the riot that was a threat to democracy, but the reaction to the riot, and Adams observed essentially the same thing:

If I had to rank them for which was worse, the events of January 6 or the hearings, it’s not even close. The events of January 6, with the violence: really bad. But, it’s not as bad as what the Democrats are doing in the hearings. I consider that worse, ‘cause the risks are higher. There was no risk that the country was going to be overthrown on January 6…but this hearing…to me, this is a gut-punch to the Republic.

A Hearing About the Hearings

The fact that we even allow this makes Adams want to “have an insurrection right now,” he said. He never felt the urge before, but he does now. It’s the lack of any counter-argument. The Democrats are doing this with such impunity, that — although he stressed he does not recommend violence — he said that if he “were going to do an insurrection, they’re talking me into it.”

Adams thinks there should be “a hearing about the hearings.” The GOP, when they retake the House, should look into why these hearings were allowed to happen and how they were put together, “and then the Democrats should not be allowed to respond,” haha. He’d also like to see impeachment for Senate Majority Leader Chuck Schumer for his incitement of violence against Supreme Court Justice Brett Kavanaugh.

Ohio Rep. Jim Jordan, who was refused a seat on the January 6 committee by Speaker Nancy Pelosi, said essentially the same this weekend on Sunday Morning Futures. We need to see all depositions, all documents, he said. He also reminded us that the committee had previously altered evidence, a text exchange between him and Mark Meadows. Those snakes had to admit it in December of last year. Don’t believe anything they put in front of you in these hearings.

I would add that we’ll also need to find out about the elephant in the room: the FBI’s role (before and during the event), and the lack of security in spite of the FBI’s intel report to Capitol Police just days before. Another question: why did they not ever locate the person who planted a bomb outside RNC and DNC headquarters? What’s the real story with that?

In Tucker Carlson’s Friday monologue, he explained why this “hearing” — shown, he said, on every news network except FOX News — wasn’t a real hearing, because in a real hearing, “the other side can speak.” That’s what we’ve been saying: that Thursday was essentially a prosecutor’s opening statement. Actually, two things are missing from a prosecutor’s opening statement: 1) any opposition, and 2) evidence. Selectively edited video is not evidence.

And, yes, Newsmax did finally give in and run the political theatre — to provide it “without the spin,” they said. At least they had some good commentators, such as former acting Attorney General Matt Whitaker and legal analyst Alan Dershowitz.

This literally was a show trial, to the point where it was scripted and read off teleprompters.

Stop Lying to Us!

Tucker’s hypothesis is that they’re doing this because every minute they devote to January 6 “and some imaginary threat from QAnon” is another minute “they’re not covering the collapse of the American economy.” As I’ve said, when leftists first started mentioning the so-called right-wing menace of QAnon, my staff and I had to look it up, because we didn’t know what it was.

Later in his broadcast, he recalled what so many seem to have forgotten:

It was just two years ago, live on television, summer of 2020, a mob of Biden voters tried to storm the White House; remember this? They torched a church across the street. They attacked Secret Service officers. A mob called for the President of the United States to be lynched. He was taken to an underground bunker for safety. We don’t like to be hysterical, so we kind of downplayed it at the time…

This is what our country’s capitol looked like, he said, with video of raging fire, broken glass, and protesters breaking down barriers in the background.

It’s just too much, Tucker said. Stop lying to us! Stop telling us things that we know for a fact are not true. We watched them in real time.

But no, we’re expected to believe that “January 6, 2021, remains the single worst thing ever to happen to America.”

Ashli Babbitt’s widower Aaron was also on the show. We’ve learned more about her shooting death in recent days, such as that killer Michael Byrd admitted he knew Ashli was likely unarmed, that he never even had to file a police report, and that he received a $200 donation on his GoFundMe page from — get ready — committee member Adam Kinzinger. As you know, the committee on Thursday night never mentioned Ashli’s name.

Interesting note about Monday morning’s hearing: In an announcement late Sunday, one of the people called to testify — in his case by subpoena — is 2020 Trump campaign manager Bill Stepien. Stepien now happens to be campaign manager for Harriet Hageman, Liz Cheney’s Trump-endorsed opponent in her Wyoming congressional race, who is beating Cheney up in the polls. So, Liz Cheney will be interrogating her current opponent’s campaign manager. (Of course, Cheney’s side, the “prosecution,” is the only side doing any questioning.) This is one more hop away from the rules for this kangaroo court.

Jonathan Swan reports that a knowledgable source tells him Stepien might not be a “friendly” witness. Maybe he’s not fond of kangaroos.

Upon hearing this development, Taylor Budowich, communciations director for Trump and Save America, tweeted: “This circus is beyond embarrassment and will forever stain the integrity of Congress.”