Under coersion, Kim Dong Chul said he spied for South Korean intelligence and tried to spread religion among North Koreans. 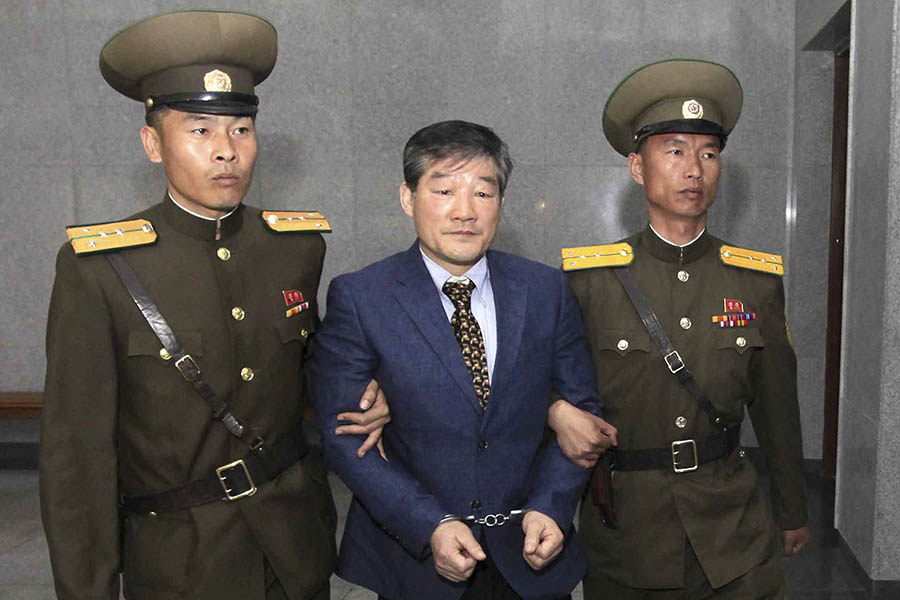 Kim Dong Chul, center, a U.S. citizen detained in North Korea, is escorted to his trial Friday, April 29, 2016, in Pyongyang, North Korea. A North Korean court has sentenced an ethnic Korean U.S. citizen to 10 years in prison for what it called acts of espionage.

This article is available to read at the Associated Press Archive Link here: http://www.apnewsarchive.com/2016/North-Korea-has-sentenced-a-U-S-citizen-of-Korean-heritage-to-10-years-in-prison-after-convicting-him-of-espionage-and-subversion-the-second-American-it-has-put-behind-bars-this-year/id-31900d1197d64a2cb4024a3983c528b0