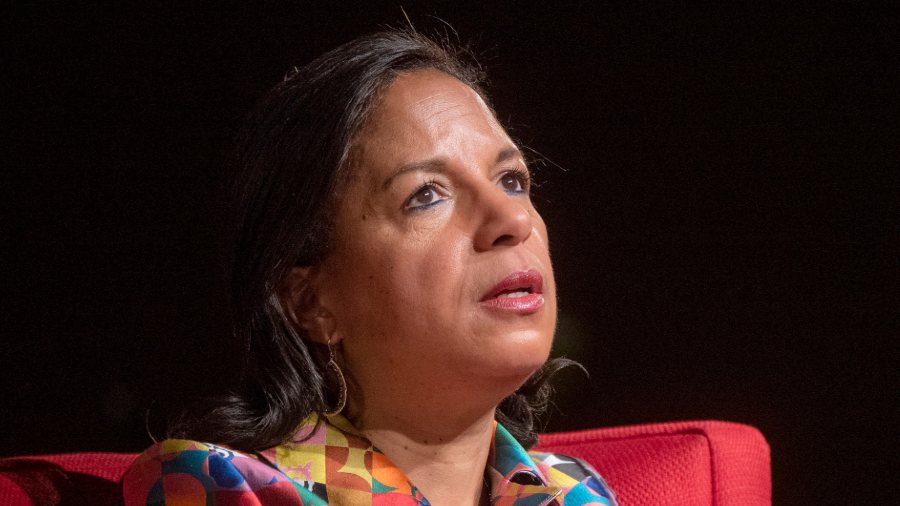 Susan Rice is the latest to be cited in the media as the current frontrunner to be Joe Biden’s running mate. He has committed to choosing a woman, and he’s pretty well obligated to choose a woman of color as well. Naturally, the leftist media are obsessed with who it will be.

Folks, it’s all theatrics. Kamala Harris won’t be it; Val Demings won’t be it. And neither will Susan Rice, though she does have suitable Obama connections. Precisely none of the women mentioned as candidates for the #2 spot in recent weeks can help Biden win, and, more importantly, given the circumstances, none of them can be envisioned as President of the United States, because we all know that Biden, if he’s still even the candidate on Election Day and (shudder) wins, will be replaced practically on the spot. Rice, with her foreign policy credentials, might have a little more gravitas than the others — it wouldn’t take much to stand out in that crowd — but she still has way too many problems.

A Liar of Great Repute

For one thing — not that it would matter to hard-core Democrat party hacks and rabid anti-Trumpers — she’s a liar of great repute. By that I don’t mean little lies here and there, tiny fibs that might be rationalized as necessary for national security, but huge politically-charged whoppers told repeatedly on national TV and even under oath. I’m still enough of an optimist to think that this would matter to the independent voters, the folks in the middle, the thoughtful “swing” voters that Biden or any challenger would need to sway.

So, it appears that Biden’s current frontrunner for the VP slot has lied quite brazenly under oath. She’d had plenty of practice before then, too.

Of course, we all know that Rice lied her head off about the cause of the 2012 attack on our consulate in Benghazi, Libya, in which U.S. Ambassador Chris Stevens and three others were killed. She went on five different Sunday shows and told the same fake story about an anti-Islam YouTube video setting off protests that turned violent. Hillary told the same story. We all know it was fabricated to cover up the fact that it was a terrorist attack. American personnel were not given the protection they needed and deserved, help was not provided once the attack was underway, and our people ended up dead. But Rice did her political duty. From then on, we knew what she was made of.

That was just the first. Later on, we found out that Rice had written a curious “note to self” on the very last day of the Obama administration — just as Trump was being sworn in, in fact. It was a “memo to the file” about the meeting she’d attended (aside: with Joe Biden) in the Oval Office on January 5, 2017, to say that Obama had told them everything having to do with the “Russia” investigation had to be done “by the book.” I think she mentioned that five times. This is what you call a “CYA” memo. She was “C”-ing Obama’s “A.”

Later, she covered her own “A,” too. She had her lawyer, Kathryn Ruemmler, who also happens to have been President Obama’s White House Counsel, write a letter to Sens. Grassley, Graham, Feinstein and Whitehouse, saying, “While serving as National Security Advisor, Ambassador Rice was not briefed on the existence of any FBI investigation into allegations of collusion between Mr. Trump’s associates and Russia, and she later learned of the fact of this investigation from Director Comey’s subsequent testimony.”

Oh, really? Comey didn’t testify until March 20, 2017, but Rice was present at the January 5 Oval Office meeting that dealt with exactly that — in particular, with the investigation into Michael Flynn.

And it gets worse. She also denied this under oath. On September 8, 2017, she gave sworn testimony to the House Permanent Select Committee on Intelligence (then chaired by Republican Devin Nunes) that she knew nothing about the FBI’s “Russia” investigation while she was at the White House. Apparently anticipating some difficult questioning from Republicans, she arrived with two attorneys from Latham & Watkins (Ruemmler’s firm). Ironically, it was a couple of questions from Democrats that tripped her up.

Adam Schiff: “Director Comey testified that, in July of last year [2016], he began a counterintelligence investigation into people associated with the Trump campaign and what contacts they may have had with Russia. That investigative responsibility, wasn’t part of your portfolio, I take it?”

Schiff: “And would Director Comey brief you on the progress of his investigation?”

Rice: “No. I think it’s important for everybody to understand: We were not informed by Director Comey or the Attorney General that there was an active investigation of anybody in the Trump orbit … In the Obama White House, we maintained scrupulously the firewall between the people in the White House and contacts with Justice about potential or actual criminal matters. The only communication that was sanctioned in that vein was between the White House counsel and the Justice Department or the FBI.”

She goes on: “And Director Comey did not volunteer to us, not only then but for the duration of his administration, that there was an active investigation of anybody in the Trump orbit … I learned about it formally in the public domain after I left office.”

Eric Swalwell: “Is it fair to say that, as the National Security Advisor, you were not read in on active, ongoing investigations that the Department of Justice or the FBI were conducting?”

Rice: “Absolutely, that’s the case. Those were law enforcement matters …”

According to the Horowitz report, testimony from Comey differs markedly from that of Rice. Comey said the Obama team knew about the FBI’s investigation in detail, almost from the start. He said Rice was one of the people he had told (along with Obama) about “Crossfire Hurricane” in the summer of 2016. And, of course, her presence at the January 5 meeting shows she had to have been aware of the Michael Flynn case.

She Belongs in Jail — Not in Office

So, it appears that Biden’s current frontrunner for the VP slot has lied quite brazenly under oath. She’d had plenty of practice before then, too. Leftists won’t care one bit, but I don’t think swing voters will want to put someone in office who more appropriately belongs in jail. We knew Hillary belonged in jail; notice she didn’t win in 2016.

Mike Huckabee is the former Governor of Arkansas and longtime conservative commentator on issues in culture and current events. A New York Times best-selling author, he hosts the weekly talk show Huckabee on TBN.