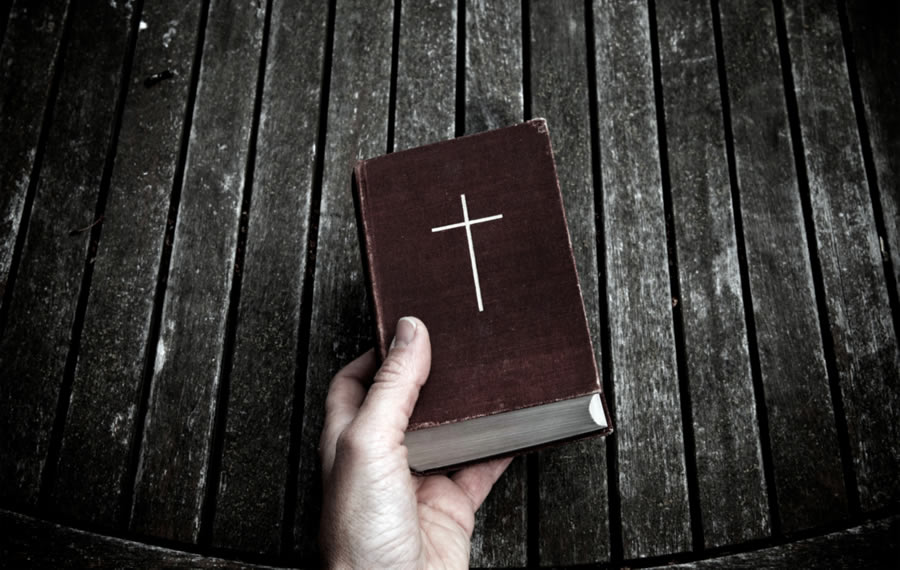 Belief in God is good for you … and not just in the eternal long run. There’s a powerful link between religious devotion and happiness, mental health, and participation in community.

Earlier this year, Pew Research found that actively religious people report being happier, on average, than both atheists and “nones” — i.e., those who claim no religious affiliation. The religiously observant are also less likely to engage in risky behavior like premarital sex, drinking, and smoking, and more likely by far to join non-religious groups like charities, clubs, and civic associations. In other words, there’s a clear and well-documented connection between an active faith and nearly all of the accepted measures of personal well-being.

And, of course, beyond the belonging, beauty, and moral certainty faith in God brings, religious people enjoy hope in the face of struggle, suffering, and even death.

But what if you don’t actually believe in God? What if you don’t think there is life after death? Can you still enjoy these benefits and, for that matter, pass them on to your kids?

It may sound like a silly question, but psychoanalyst Erica Komisar recently offered a serious answer in the Wall Street Journal. She writes: “I am often asked by parents, ‘How do I talk to my child about death if I don’t believe in God or heaven?’”

Her answer? Lie to them.

She explains: “The idea that you simply die and turn to dust may work for some adults, but it doesn’t help children. Belief in heaven helps them grapple with this tremendous and incomprehensible loss,” especially “[i]n an age of broken families, distracted parents, school violence, and nightmarish global-warming predictions.”

Now, most people who listen to BreakPoint don’t have to worry about the dilemma that Komisar is describing. But there are some atheists and skeptics in our audience. I know because I hear from them. And to any of them considering taking this advice, just know: The Bible is filled with warnings not to put God to the test, or to mock Him.

As C.S. Lewis observes in The Screwtape Letters, the Creator of the universe will not be used as a convenience: “Men or nations who think they can revive the Faith in order to make a good society might just as well think they can use the stairs of Heaven as a short cut to the nearest [pharmacy].”

No, atheist parents shouldn’t lie to their kids. They should fall on their knees before the living and very real God and teach their children the truth about who He is and how much He loves them.

One of the greatest rewards of the Christian faith is that our highest joy and the universe’s highest truth are in full agreement.

Still, Komisar’s advice is more interesting, to me, for what it says about unbelief than what it says about belief. Think about it: Komisar admits that a God-less worldview is inadequate for both navigating life’s deepest sorrows and accounting for life’s highest joys. Shouldn’t the fact that faith in something beyond the bare, material world of atheism is necessary to handle the here and now tell us something?

This idea that our thirst for deeper meaning is a clue about the nature of reality and the meaning of the universe is one C.S. Lewis articulated beautifully, and remember, he was writing in the context of the lows of war and the highs of victory. In Mere Christianity, he argued: “If I find in myself a desire which no experience in this world can satisfy, the most probable explanation is that I was made for another world.”

If belief in God, in an afterlife, in Heaven, and in meaning that transcends death is so good for children and adults alike, and if it’s necessary to fully make sense of this world, we might consider the possibility that all these things are actually true.

And we should always point our kids to truth, not just because of its practical benefits. After all, one of the greatest rewards of the Christian faith is that our highest joy and the universe’s highest truth are in full agreement.