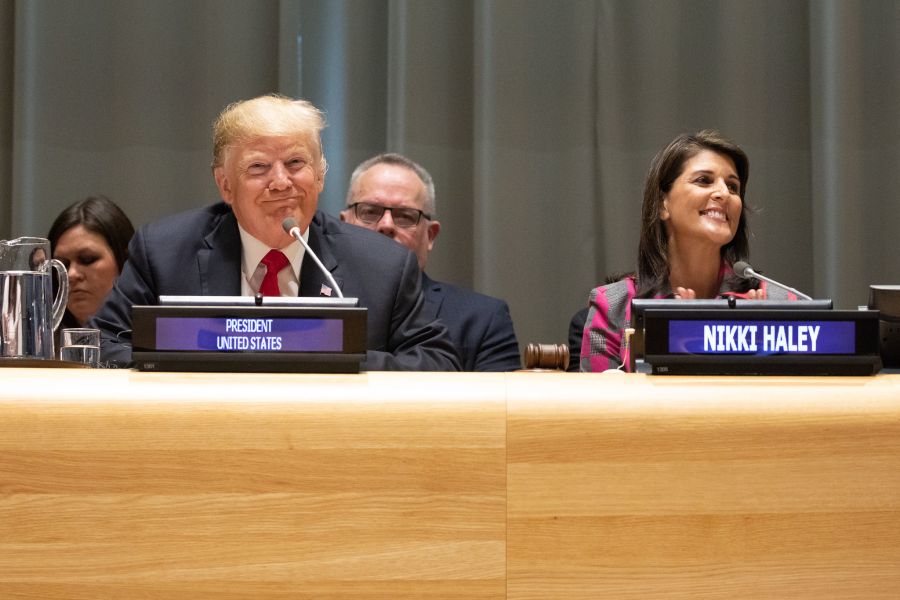 Tillerson once said that people would die if the president was left unchecked, Haley wrote in With All Due Respect, her book out Tuesday describing what life was like inside the Trump administration, The Washington Post reported Sunday. Both officials had an obligation to carry out Trump’s policies, she added.

“Kelly and Tillerson confided in me that when they resisted the president, they weren’t being insubordinate, they were trying to save the country,” the former South Carolina governor wrote, noting also that Kelly and Tillerson often couched their resistance in patriotic terms.

“It was their decisions, not the president’s, that were in the best interests of America, they said. The president didn’t know what he was doing,” Haley wrote in the book, referring to how Trump’s former top officials saw their responsibilities inside the White House.

Haley made similar remarks in an interview with WaPo.

“I was so shocked I didn’t say anything going home because I just couldn’t get my arms around the fact that here you have two key people in an administration undermining the president,” Haley told WaPo, referring to a moment when Kelly and Tillerson objected to her request to withhold funds from a U.N. agency that supports Palestinians.

Haley made waves earlier this weekend when she criticized efforts to oust the president for asking Ukraine’s president to investigate former Vice President Joe Biden’s son. Impeachment is the “death penalty for a public official,” she said in an interview with CBS Sunday Morning.

“You’re going to impeach a president for asking for a favor that didn’t happen, and giving money, and it wasn’t withheld?” Haley asked rhetorically in the CBS interview, which aired Sunday. “I don’t know what you would impeach him on.”

She added: “When you look at the transcript, there’s nothing in that transcript that warrants the death penalty for the president.”

Tillerson did not respond to WaPo’s request for comment, and Kelly told reporters that if providing Trump “with the best and most open, legal and ethical staffing advice from across the [government] so he could make an informed decision is ‘working against Trump,’ then guilty as charged.”