NFL Coach Frank Reich Speaks Out on Faith and Work 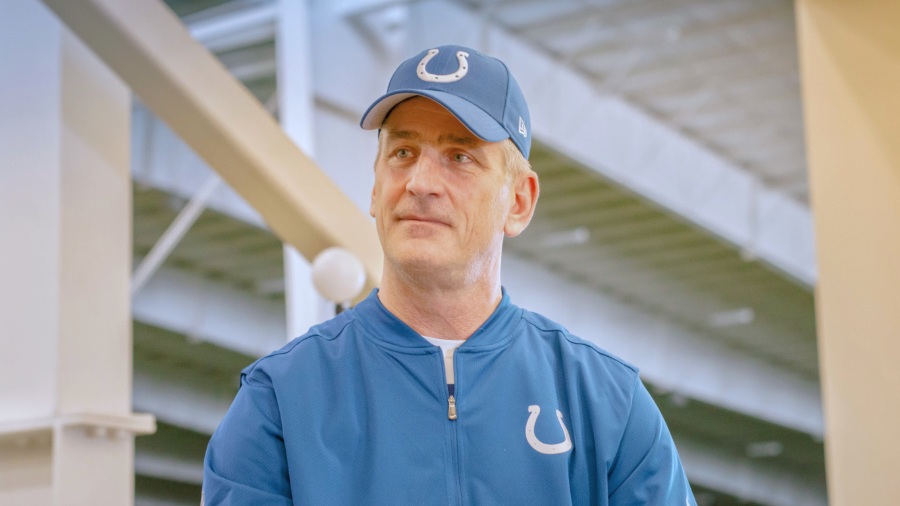 What’s a former seminary president doing as a head coach in the NFL?

This is the focus of an excellent story recently published by The Gospel Coalition on Frank Reich, former president of the Charlotte campus of Reformed Theological Seminary (RTS) and current head coach of the Indianapolis Colts. Reich’s zig-zagging journey in football and theology is worth the read. While few people have had a career like his, many Christians may likely identify with some of the decisions Reich has made because of his faith. His “aha” moments in his career reflect biblical principles that we talk a lot about here at IFWE.

Reich made a decision to go to seminary and eventually was asked to become its president. But that wasn’t his original plan. TGC senior writer Sarah Eekhoff Zylstra recounts his story:

“When I was playing, I always thought I was going to be a coach,” Reich told TGC. “When I went into full-time ministry, that was for all the right motives — a real, sincere, heartfelt love for God. I was trying to do the right thing.”

He was “selling everything” to follow Jesus. And he did — he graduated from seminary, led RTS for three years, then pastored a local church. But he didn’t feel called to it.

As Hugh Whelchel writes in How Then Should We Work, many Christians who are passionate about their faith become influenced by the “sacred-secular” divide. They believe that in order to truly serve God they need to leave their “secular” jobs and do something seemingly more spiritual, like become a pastor or missionary or work for a Christian organization. Reich told TGC that he now understands that all work matters to God:

“I came to recognize more and more this false dichotomy between sacred and secular work,” Reich said. He learned about “the priesthood of all believers — that every Christian is called to live out their faith in their sphere of influence.”

The Biblical Meaning of Success

Reich also recounts how he struggled in the past with allowing football — and specifically winning — to become an idol:

Football had become my God. … When that was taken away from me, I realized I had to reprioritize my life.

After some devastating Super Bowl defeats, he found comfort in the gospel and putting his hope in Christ.

Whelchel writes in Monday Morning Success that the idol of success comes as a result of two lies that culture has told us: that we can be anything we want to be and be the best in the world at it. He points to Jesus’ Parable of the Talents (Matt. 25:14-30) as the best guidance on how God defines success with what he’s entrusted to us. One of the most successful basketball coaches in history, John Wooden, sums it up like this:

Success is peace of mind which is a direct result of self-satisfaction in knowing you did your best to become the best that you are capable of becoming.

Reich explains that his view of the biblical meaning of work extends beyond what happens on the field. Integrating faith and work means using his God-given resources to bring about flourishing in the world around him. He explained to TGC what that looks like,

As a quarterback, he tried to “be a good teammate, to bring out the best in players around me, to make a good locker room environment, to do my job right.” As a coach, he “works hard, trying to create a culture where people can flourish.”

Reich recognizes that his Christian faith is not just a bus ticket to heaven, it’s a calling to live out the God-given mission given to Adam and Eve in the Garden — to be fruitful and multiply and to subdue the earth (Gen. 1:28). Whelchel writes,

This first calling of the biblical story is a calling to the world, a calling that comes for the sake of God’s purpose to bless all things that he has made. It is a calling informing and shaping all the people of God throughout the entirety of the Bible.

This is the mission that Coach Reich will be living out this weekend in the NFL playoff game against the Kansas City Chiefs. Whether his team wins or loses, Reich sees his work as part of God’s big picture story of redemption and restoration — and that’s what gives it eternal value.

Read the full story over at The Gospel Coalition.

‘I Can Only Imagine The Level of Relational Stress You Must Have Endured’: An Open Letter to Josh Harris

Be a Gospel Signpost Through the Work of Your Hands

Why People No Longer Consider Work a ‘Calling’