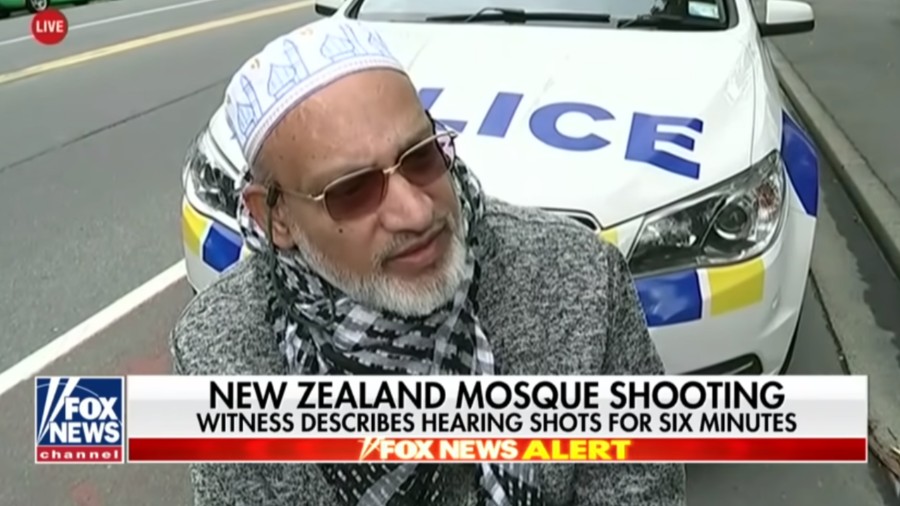 Police said they are evacuating and searching a “location of interest” in Dunedin, New Zealand, after shootings at two mosques Friday in Christchurch, which is hours away from Dunedin.

“This is a location of interest in relation to the serious firearms incident in Christchurch today,” police said, according to CNN. “Evacuations of properties in the immediate area have taken place as a precaution.”

At least 49 people died in the shootings. One man is charged with murder, according to authorities cited by NBC News Friday.

“It is clear that this is one of New Zealand’s darkest days,” Prime Minister Jacinda Ardern said.

“My warmest sympathy and best wishes goes out to the people of New Zealand after the horrible massacre in the Mosques,” Trump wrote on Twitter. “49 innocent people have so senselessly died, with so many more seriously injured. The U.S. stands by New Zealand for anything we can do. God bless all!”

My warmest sympathy and best wishes goes out to the people of New Zealand after the horrible massacre in the Mosques. 49 innocent people have so senselessly died, with so many more seriously injured. The U.S. stands by New Zealand for anything we can do. God bless all!

Four people had been detained in relation to the shootings, according to a USA Today report Friday, but other reports mention three people. A 28-year-old Australian man calling himself Brenton Tarrant connected himself to the shootings after posting a manifesto on his childhood, his fear of white genocide and his desire to send a message that “nowhere in the world is safe,” reported The Guardian.

“I chose firearms for the affect it would have on social discourse, the extra media coverage they would provide and the effect it could have on the politics of United States and thereby the political situation of the world,” the manifesto states, according to The Guardian.

“Let’s not presume the danger is gone,” he said, according to USA Today.

Muslims make up roughly 1 percent of the New Zealand population, according to 2013 census figures, reported NBC News. The country has 57 mosques and other Muslim centers according to the Federation of Islamic Associations.

“Muslims have been in New Zealand for over 100 years. Nothing like that has ever happened,” said Mustafa Farouk, president of the Federation of Islamic Associations, according to NBC News.

The effects of the shootings are being felt thousands of miles away. The Los Angeles Police Department is stepping up patrols around mosques, the department said Friday, according to ABC 7.

The shootings are believed to be the first massacres in houses of worship in New Zealand’s history, reported NBC News.

Content created by The Daily Caller News Foundation is available without charge to any eligible news publisher that can provide a large audience. For licensing opportunities of our original content, please contact