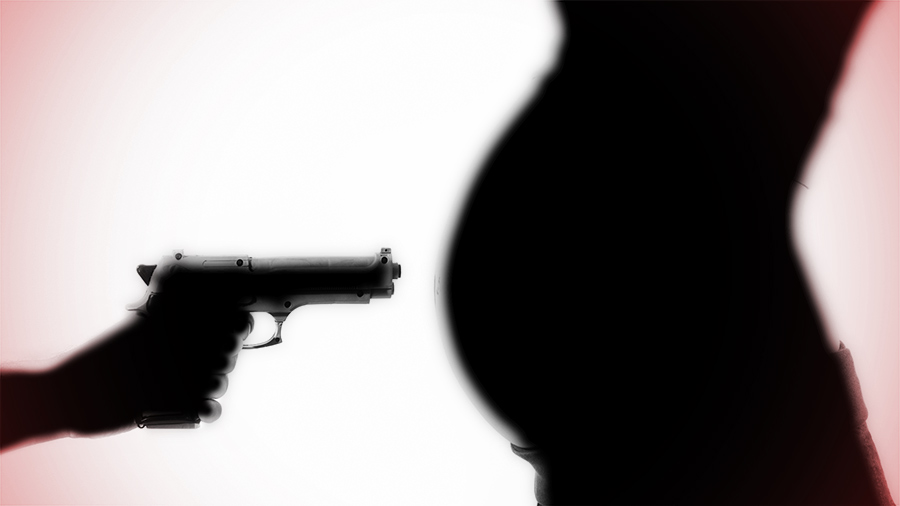 Having made the word “liberal” truly toxic, today’s leftists have slapped a new label on their failed policies: “Progressive.”  I’ve often asked what’s “progressive” about wanting to repeat the same ruinous economic policies that have brought poverty, inequality, death and misery everywhere they’ve been tried for over a century.

But it’s not just in that arena that “progressives” (I always put it in quotation marks, for good reason) are trying to lead society backwards.  Their views of abortion also run counter to public opinion, basic decency, mounting scientific evidence and the tide of history.

For a tragic example, look to New York.  Tuesday, on the 46th anniversary of the Supreme Court’s notorious Roe v. Wade ruling, Democrats who recently took power in both the state Assembly and Senate passed a sweeping pro-abortion bill that Gov. Andrew Cuomo ran on a promise to sign.  It’s laughably dubbed the “Reproductive Health Act.” It actually has nothing to do with reproduction or health.

In the name of giving women more convenience and choice, the bill allows babies to be aborted up to 24 weeks, or if “there is an absence of fetal viability, or at any time when necessary to protect a patient’s life or health.” And since doctors can subjectively define that to mean the mother’s mental or emotional health, in effect it means that babies can be aborted right up through the ninth month for any reason.

Just to be clear: at 24 weeks, a baby is far enough along that it could likely survive outside the womb. It weighs more than a pound and is almost a foot long. It has all its internal organs. Its brain is making neural connections. It has sex organs, tiny teeth buds, a digestive system and rapid eye movement. It is, undeniably and incontrovertibly, a human being.  And in the state of New York, caring and compassionate Democrats are celebrating that they just voted to allow it to be ripped to shreds and sucked out through a vacuum hose.

As for the “health” part of the law, the state will no longer even require that an abortion be performed by a doctor. Licensed nurse practitioners, physician assistants and licensed midwives will also be allowed to perform abortions.

Proponents say this will make abortion more convenient for women in rural areas who don’t have easy access to abortion clinics. So why not lower the standards for all other medical procedures, so that people who aren’t near a doctor can be operated on by someone who isn’t a doctor?  Under this definition, that would also increase access to “health care.”

The bill certainly does nothing to aid the health of babies, and not only those still in the womb. It also rolls back protections for babies born alive during botched abortions. After it passed, Democrats in the State house cheered, and Gov. Cuomo declared it “a historic victory for New Yorkers and for our progressive values.”

This is what New York liberals think is “progressive”? Abortions have been declining over the last decade, both in New York and nationwide, as science has made it clearer that a baby in the womb is not just a “clump of cells” that magically turns into a baby at birth.

Still, in New York, the abortion rate of 23.1 per 1,000 women is twice the national average. More than one-quarter of all pregnancies in the state end in abortion. In 2014, the most recent year with available data, New York reported 119,940 abortions (and that’s probably an under count.) That was nearly one-eighth of the entire national total. And yet, Gov. Cuomo and the Democratic legislators think New York’s abortion laws are too restrictive and needed to be loosened up.  Cuomo even wants to turn this latest law into a constitutional amendment, to make it harder to get rid of if the SCOTUS overturns Roe v. Wade.

In a move that must have filled millions of Americans with rage and disgust, Cuomo also ordered New York landmarks, including One World Trade Center, to be bathed in pink light to “celebrate” this bill legalizing the killing of children up until the ninth month of pregnancy.  The World Trade Center is synonymous with heroic New Yorkers who gave their lives to protect the lives of others. Cuomo’s desecration of it for this vile anti-life purpose is tantamount to sacrilege.

Did it never occur to him that pink is also the color associated with female babies, over 30,000,000 of whom have been slaughtered in the US alone since Roe v. Wade?  Worldwide, in nations where girls are valued less than boys, abortion has been a virtual genocide against females.

Finally, one more fact you should know about fetal development: It takes only three to four weeks after conception for a baby’s heart to start beating. We define the end of life as the moment when the heart stops beating, yet “pro-choice” advocates refuse to recognize the point at which it begins beating as the beginning of life.

So a baby in the womb has a heart at only three weeks.  Andrew Cuomo is 61 years old.  When will he develop one?

Of course, not everyone in New York is happy that the state wants to turn itself into Abortion Central.  There are many Catholics and Republicans who are sickened by this.  And here’s an example of a brave New York business owner who dared to tell his customers exactly what he thinks of the new law.

If Roe v. Wade ever is overturned, despite the misleading claims of abortion defenders, abortion will not automatically be banned nationwide. The issue will simply go back to the individual states, where it belongs. Roe v. Wade was based on seven unelected lawyers in black robes somehow “discovering” a right to abortion in the Constitution that the Founders obviously never intended. The decision based on the dubious notion that abortion is part of a right to privacy under the Due Process Clause.

At the time, one of America’s greatest legal scholars, John Hart Ely, wrote in the Yale Law Journal about just how far the Court stretched. Ely said that the Court’s decision was “not constitutional law and gives almost no sense of an obligation to try to be…What is frightening about Roe is that this super-protected right is not inferable from the language of the Constitution, the framers’ thinking respecting the specific problem in issue, any general value derivable from the provisions they included, or the nation’s governmental structure.”

If it were overturned on grounds that it is terrible law, a perversion of the Constitution and a major federal power grab, then the issue would revert back in the states.  Some would have lenient abortion laws (hopefully, not as lenient as New York’s; I’d also hope that the people in those states would open their hearts and minds to the truth and turn away from it.)  But other states would continue to show real progress, and follow the tide of science and history and the side of love, kindness and decency; to embrace protecting innocent life instead of snuffing it out.  Like this state…

Originally published at MikeHuckabee.com and is reprinted with permission.