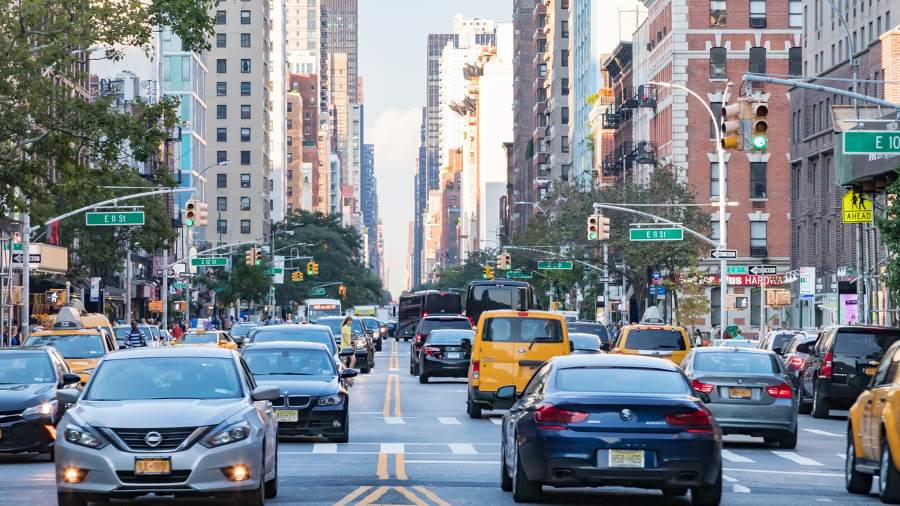 All passenger cars, pickup trucks, and SUVs sold in the state will have to be classified as “zero-emissions vehicles” by no later than 2035, according to a press release. Hochul directed the state’s Department of Environmental Conservation to begin implementing the new rules that will also require 35% of state vehicle sales to consist of electric cars by 2026, rising to 68% by 2030.

“With sustained state and federal investments, our actions are incentivizing New Yorkers, local governments, and businesses to make the transition to electric vehicles,” Hochul said.

California enacted an identical regulation in late August to ban gas cars. California’s move to mandate the sale of “zero-emissions vehicles” enabled New York to adopt the same regulation, according to the press release.

“We had to wait for California to take a step because there’s some federal requirement that California had to go first,” Hochul said at a press conference Thursday.

California’s law is pushing an increasing number of states to force Americans to exclusively buy electric vehicles as 13 states have previously adopted California’s “clean car” standards, according to the Maryland Department of the Environment. Washington governor Jay Inslee, a Democrat, also said on Aug. 26 that his state would ban the sale of gas vehicles by 2035.

President Joe Biden’s Environmental Protection Agency restored California’s Clean Air Act waiver in March, giving the state legal authority to set its own strict vehicle emissions standards that other states can choose to adopt, according to an EPA press release.

The Trump administration revoked the waiver in September 2019, stating that California did not need specific emissions standards as its environmental concerns were not unique to the state.

“We’re driving New York’s transition to clean transportation forward, and today’s announcement will benefit our climate and the health of our communities for generations to come,” Hochul said.

Hochul’s office did not immediately respond to the Daily Caller News Foundation’s request for comment.