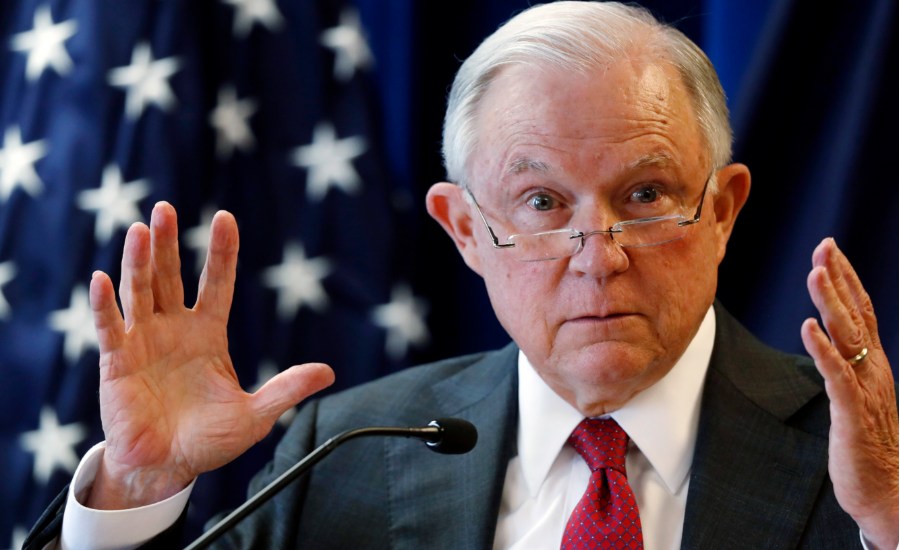 The New York Times rushed to Attorney General Jeff Sessions’s defense after a series of critical tweets from President Donald Trump in an editorial Tuesday.

The editorial, “Sorry, Mr. Trump, the Attorney General Is America’s Lawyer,” posits that “with his latest attack on Jeff Sessions, the president shows his real problem isn’t with the Justice Department but with the rule of law.”

“By now, few might lift an eyebrow at President Trump’s crusade to delegitimize his own Justice Department and, specifically, his attorney general, Jeff Sessions,” the paper writes.

The Times’ defense of Sessions is an abrupt change from previous editorials, starting from when he was first nominated in January 2017.

When Trump first nominated Sessions, the Times’ editorial board questioned whether he was even fit to serve as attorney general and called on Democrats to delay his confirmation hearings.

“The attorney general is too important an office, and Mr. Sessions’s views are too extreme — as Republicans themselves saw 30 years ago — to allow his nomination to sail through without a fight,” the editorial read.

While the paper now believes Sessions rightly serves as “America’s lawyer” — particularly when his Justice Department is prosecuting Republican politicians like Reps. Duncan Hunter and Chris Collins’s financial crimes and corruption — in April 2017, it accused “Sessions and the administration” of “being led by their bleak vision to the dark side of the law.”

The Times might not appreciate how or why Trump is presently attacking his attorney general, but it’s amazing to pretend like members of its editorial board wouldn’t want to see Sessions replaced as well.