One of the greatest takedowns of the minimum wage you’ll ever find comes from an unlikely place. 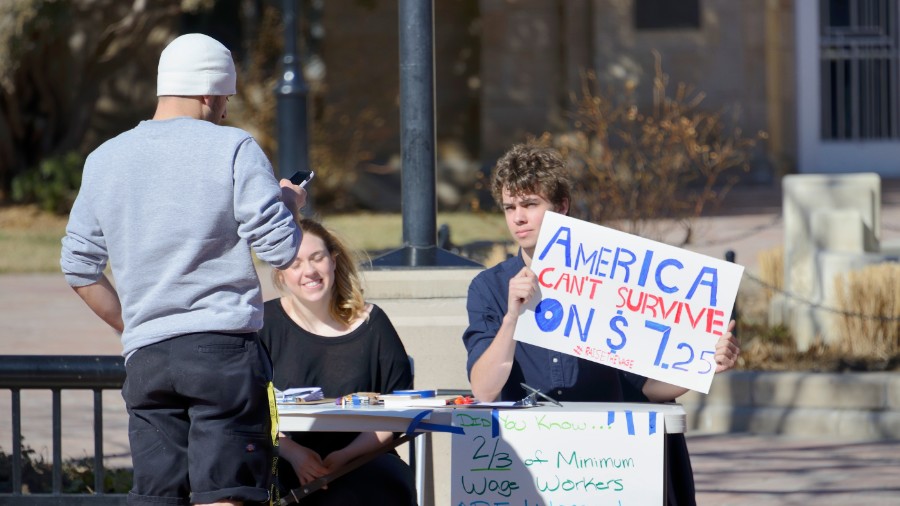 The minimum wage is the Jason Vorhees of economics. It just won’t die.

Economic Literacy From an Unexpected Source

We’ve covered the issues at length at FEE, and quite effectively, if I do say so myself. But I have to admit that one of the greatest takedowns of the minimum wage you’ll ever find comes from an unlikely place: The New York Times.

There are many reasons people and politicians find the minimum wage attractive, of course. But the Times, in an editorial entitled “The Right Minimum Wage: 0.00,” skillfully rebuts each of these reasons in turn.

“No wonder. But still a mistake,” the Times explains. “There’s a virtual consensus among economists that the minimum wage is an idea whose time has passed.”

But why has the idea “passed”? Why would raising the minimum wage not help the working poor?

“Raising the minimum wage by a substantial amount would price working poor people out of the job market,” the editors explain.

But wouldn’t the minimum wage increase the purchasing power of low-income Americans? Wouldn’t a meaningful increase allow a single breadwinner to support a family of three and actually be above the official U.S. poverty line?

Ideally, yes. But there are unseen problems, as the editors point out:

There are catches … [A higher minimum wage] would increase employers’ incentives to evade the law, expanding the underground economy. More important, it would increase unemployment: Raise the legal minimum price of labor above the productivity of the least skilled workers and fewer will be hired.

But if that’s true, why would progressives support such a law? What’s their rationale for supporting a minimum wage if it does more harm than good? Is it sheer political opportunism?

Not necessarily. The Times explains:

A higher minimum would undoubtedly raise the living standard of the majority of low-wage workers who could keep their jobs. That gain, it is argued, would justify the sacrifice of the minority who became unemployable.

There’s just one problem with this logic, the editors say:

The argument isn’t convincing. Those at greatest risk from a higher minimum would be young, poor workers, who already face formidable barriers to getting and keeping jobs. The idea of using a minimum wage to overcome poverty is old, honorable – and fundamentally flawed. It’s time to put this hoary debate behind us, and find a better way to improve the lives of people who work very hard for very little.

It’s a compelling, reasoned, and erudite argument. But it’s not exactly what one expects to see in The New York Times these days. (A naughty person might say the same about reason and erudition in general in the paper.)

So what gives? Alas, the editorial is a relic. It was written way, way back in 1987. A lot has changed since then.

We’ve had a couple wars. The internet was introduced to the masses. There was 9-11. We elected the nation’s first black president. The Cubs and Red Sox won the World Series. There was even a female reboot of Ghostbusters.

Economic laws do not change based on how popular humans find them. They remain true and constant whether they are popular or not.

At least one thing, however, did not change. That would be the laws of economics. They hold as fast and true in 2018 as they did in 1987.

The Times’ editorial board might have changed. The perception of the minimum wage certainly changed. Relatively recent polls show seven out of ten Americans support raising the federal minimum wage. Several cities — Seattle, New York, and Minneapolis, among them — have passed laws that raised (or will soon raise) the minimum wage to $15 an hour.

So it’s safe to say the minimum wage laws have become more popular, no doubt in part from campaigns promoting them and an education system sympathetic to them. Still, economic laws do not change based on how popular humans find them. They remain true and constant whether they are popular or not.

In fact, some have observed that economic laws are inherently unpopular.

“In economics, the majority is always wrong,” John Kenneth Galbraith once allegedly quipped.

Now, there have been a lot of complaints directed at corporate media in recent years, but I believe in giving credit where credit is due. So let’s give the Times a hand.

The paper was right in 1987. And if politicians are genuinely interested in helping the poor, they’ll stick a stake in the heart of the minimum wage once and for all.

How About Some Respect for Minimum Wage-Earners?