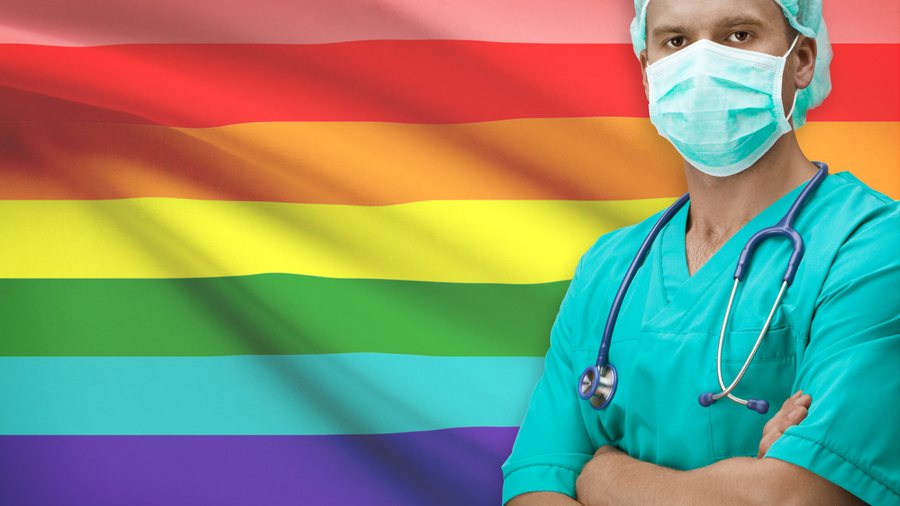 The legacy media has changed its mind. We are now informed that life-changing transgender surgeries on minors are real, and that they’re spectacular.

Just a month ago, when the Twitter account “LibsofTikTok” revealed videos and audio from Boston Children’s Hospital talking about various transgender surgeries (such as hysterectomies) and “treatments,” legacy media pumped out a wave of “fact checks” insisting that this was all conspiracy theory.

To suggest that Boston Children’s Hospital would do what it was advocating in public videos and private audio was hateful, dangerous, right-wing conspiracy theory, you see.

Well, now we are informed by The New York Times that “top surgeries” are being performed on girls in hospitals all over the country.

Oh. The ink barely had dried on the old narrative, and now we’ve slid on down the slippery slope to the new one.

We've naturally moved to the next stage from "this isn't happening" to "actually it is happening and it's good."https://t.co/sb1TecyYG2 pic.twitter.com/0YYDMJJPa4

The Narrative Has Changed

In an extensive piece written by Azeen Ghorayshi and published Monday, The New York Times reported on how transgender “top surgeries” for minors have become a growing phenomenon. When reporters say top surgeries, they often mean mastectomy — the total removal of female breast tissue — though The Times’ article never uses this word.

“Top surgery,” Miriam Grossman writes in City Journal, is a “euphemism for a bilateral mastectomy — the removal of both breasts — in order to create, as gender surgeons put it, a ‘masculinized’ chest.” It’s a procedure more often associated with women who have breast cancer.

For boys who want to transition to girls, top surgery means breast implants.

The Times article clearly frames these surgeries on teens as a positive development — with criticism of the surgeries left to the end of the piece, which most readers aren’t likely to reach.

As Manhattan Institute scholar Kay Hymowitz explained on Twitter, the framing of the piece seems to be intended to show how conservatives and opponents of transgender procedures on minors are turning an “‘intensely personal medical decision’ into a ‘political maelstrom.’”

The only people who possibly could stand in opposition, according to this narrative, are unempathetic, mean conservatives who hate science and medicine.

Regardless of framing, The Times piece still drops tidbits about this growing industry that are worth noting.

The Times profiled one doctor in particular, Dr. Sidhbh Gallagher, a Miami plastic surgeon who has become a celebrity of sorts on social media. The top of the article includes a photo of her posing in front of one of those “science is real, black lives matter, no human is illegal, blah, blah, blah” woke liturgy signs.

“As demand has grown, Dr. Gallagher, the surgeon in Miami, has built a thriving top surgery specialty,” The Times story reads. “The doctor frequently posts photos, FAQs and memes on Facebook, Instagram and TikTok, proudly flouting professional mores in favor of connecting with hundreds of thousands of followers.”

Gallagher sells the idea of performing these surgeries with cringing memes, apparently meant to appeal to teenagers.

She includes photos on her social media accounts labeled “#NipRevealFriday,” where she shows patients removing bandages where they’ve had their surgeries.

“On her office windowsill sits a framed nameplate with one of her best-known catchphrases on TikTok: ‘Yeet the Teet,’ slang for removing breasts,” The Times article reports.

“Hey, kid, want some candy? Come jump into my van” for earlier generations has been replaced by “Hey, kid, wanna yeet the teet? Come step into my office.”

Medical doctors are hawking life-changing drugs and procedures to kids with trendy slogans. This, apparently, is a good thing, according to the “experts.”

The Tip of the Iceberg

Is there now a perverse incentive for hospitals, surgeons, and pharmaceutical companies to normalize expensive gender-transition drugs and surgeries? It sure seems like it. If it also makes them liberals in good standing, on the right side of history, all the better.

Apparently, Gallagher is just one of the more prominent surgeons eagerly promoting and performing these drastic, life-altering surgeries on minors.

Dr. Gallagher, whose unusual embrace of platforms like TikTok has made her one of the most visible gender-affirming surgeons in the country, said she performed 13 top surgeries on minors last year, up from a handful a few years ago. One hospital, Kaiser Permanente Oakland, carried out 70 top surgeries in 2019 on teenagers aged 13 to 18, up from five in 2013, according to researchers who led a recent study.

This number is likely even higher today, given the explosion of transgender identity in young people and teens in just the past few years.

According to a survey by The New York Times: “Eleven clinics said they carried out a total of 203 procedures on minors in 2021, and many reported long waiting lists. Another nine clinics declined to respond, and six said that they referred patients to surgeons in private practice.”

These surgeries are happening. But as far as the depth and scope, what is public knowledge may be only the tip of the iceberg.

Dismissing Stories of Regret Over a Life-Altering Decision

The Times cites doctors and studies dismissing the idea that some minors who went under the knife ended up feeling regret over their decision. The piece acknowledges, though, that the follow-up with those who’ve had the surgery has been nonexistent or spotty at best.

One study had serious caveats, The Times piece said, where most patients “were surveyed less than two years after their surgeries, and nearly 30% could not be contacted or declined to participate.”

And The Times’ story, to its credit, did include an interesting story about Gallagher. The surgeon said she didn’t “know of a single case of regret.” However, The Times notes that one of her patients, Grace Lidinsky-Smith, has been vocal about her detransition.

“I slowly came to terms with the fact that it had been a mistake borne out of a mental health crisis,” Lidinsky-Smith said, according to The Times.

When Lidinsky-Smith called Gallagher’s office to express regret just over a year after the surgery, Gallagher said she thought it was a “hoax.”

It’s the kind of out-of-hand dismissal of objections to gender transitioning that’s become so common in the woke institutional complex.

Much of the research in this area is incomplete and shallow, as even The New York Times’ piece admits. Evidence that contradicts the preferred narrative is quickly dismissed.

Sacrificed at the Altar of a New Public Religion

According to research by The Heritage Foundation, for instance, a jump in youth suicide occurred in states that allow minors to get “gender-affirming care,” as the Left calls it, without parental consent.

You won’t find this research positively cited by legacy media, if it’s discussed at all. But it’s deeply important public knowledge when gender surgeries are promoted as a method to stop youth suicide.

If anything, given the possible ramifications of puberty blockers and related surgeries on minors, one would think there would be widespread institutional skepticism of the idea that “gender-affirming care” is an unalloyed good. Yet the opposite is the case, even though a majority of Americans have reservations and, in many cases, serious objections.

That’s the mindset of the modern Left, which now dominates in institutions of real power.

How many more children will be sacrificed on the altar of this new public religion?

This article has been corrected to accurately reflect The Heritage Foundation study about “gender-affirming” surgery and differences in suicide rates among states.

Jarrett Stepman (@JarrettStepman) is a columnist for The Daily Signal. He is also the author of the book The War on History: The Conspiracy to Rewrite America’s Past.  Send an email to Jarrett.