New York and California have created climates hostile to capital, markets, and entrepreneurs. Fortunately, they are not the only game in town. 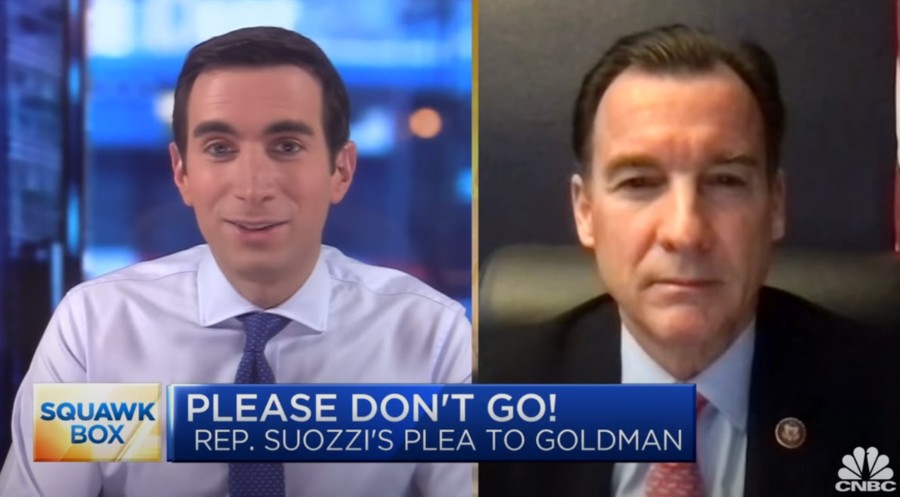 “Please don’t leave us,” the New York congressman said on CNBC following news that the multibillion-dollar investment bank is likely to bolt New York City for Florida. “We’re in a desperate time in New York right now. We need you. You’re important to us. We want you to stay.”

Desperate Times in The Big Apple

There’s no question that New York’s situation is desperate. The state was facing a $13 billion budget deficit and an exodus of people before the coronavirus arrived. The pandemic, and the draconian and bungled response to it from lawmakers, has only made the situation worse.

The 36,000 New Yorkers who died with or of the coronavirus is a higher death toll than 95 percent of the countries in the world, in large part because of Gov. Andrew Cuomo’s order that forced nursing homes to admit discharged COVID-19 patients. Meanwhile, government efforts to slow the spread of the virus have ravaged the state’s economy.

New York’s unemployment rate stands at 9.6 percent, higher than all but two U.S. states, and its aggressive enforcement of lockdowns has devastated commerce. The New York Times recently estimated that one-third of small businesses in the state may be gone forever. Many of the perks of being in New York have vanished, which has hastened the exodus from the Big Apple and resulted in a drain on the greatest of all resources: people.

While New York’s response to the virus has been disastrous, its economic plight cannot be blamed solely on the pandemic or the response to it. History and recent events suggest Goldman’s pending exit may be part of a larger economic shift at work.

The Tiebout Model and Economic Exodus

Goldman Sachs is hardly the only company or entrepreneur making a move.

Days after the Goldman Sachs news broke, Elon Musk dropped some news of his own.

The billionaire founder of Tesla announced he was moving from California to Texas, a move his podcaster pal Joe Rogan made months earlier after inking a $100 million deal with Spotify.

A few days later Oracle, the multinational computer technology corporation that employs 138,000 people, announced it was moving its headquarters from Redwood Shores, California to Austin, Texas. Oracle’s announcement came less than two weeks after the computer giant Hewlett-Packard announced the San Jose, California-based tech company had decided to move its headquarters to Houston.

Both New York and California have created climates hostile to capital, markets, and entrepreneurs.

Something is clearly happening here, and economics may hold a clue.

The economist Paul Samuelson once wrote a paper that essentially argued that decentralized, local solutions to public goods problems can’t exist because individuals are incentivized to free ride. But in a rebuttal, the economist Charles Tiebout argued there is a solution: competition across jurisdictions that places competitive pressures on public goods offered by local governments, which come with benefits and costs just like any commodity.

The Tiebout model is a fancier (and more robust) presentation of the “voting with your feet” idea, which essentially says people gravitate toward environments based on self-interest and the attractiveness of the locality.

Which brings us back to New York and California.

Why Nations (and States?) Fail

In their 2012 book Why Nations Fail, economists James A. Robinson of the University of Chicago and Daron Acemoglu of MIT analyzed poor countries around the world and concluded countries fail primarily because leaders make poor decisions that inhibit the spread of prosperity.

The economists were writing about nations, but one has to wonder if we’re seeing a similar phenomenon at work in U.S. states. New York has the highest overall tax burden in the U.S. California, meanwhile, has a top income tax rate of 13.3 percent, the highest in the country. These are among the most extractive — to borrow the term used by Acemoglu and Robinson — policies in America, and they strongly inhibit investment, innovation, and prosperity.

It’s not just tax rates, however. Both New York and California have created climates hostile to capital, markets, and entrepreneurs.

New York City Mayor Bill de Blasio openly complains about the problems with private property, the engine of wealth creation, and New York elected officials publicly float a 120 percent tax on the wealthy “to confiscate their wealth and put them in debt before they leave us.” These are not idle threats. The New York Senate is currently considering a massive tax hike on wealthy New Yorkers, and the Wall Street Journal reports it is even trying to make the tax retroactive “to some earlier point in 2020.”

In California, the treatment toward entrepreneurs is arguably worse (just ask Elon Musk).

Cuomo: Well, I think it’s unconstitutional and what if they leave us and won’t finance my political future?

Me: Then let’s raise their rates to 120% to confiscate their wealth & put them in debt before they leave us https://t.co/ty7OHcdzJu

It’s naïve to think people who work for Goldman Sachs, which would not be the first financial company to flee New York in recent years, and Oracle do not notice this treatment or these tax proposals.

Meanwhile, these wealth creators are being welcomed with open arms by officials in Florida and Texas, warm-weather states that have no income tax, booming financial sectors, functioning cities, and plenty of entertainment.

How it started: How it’s going: pic.twitter.com/t7W6NZWaWn

Rep. Suozzi can plead with Goldman Sachs to stay and talk about reinstating the SALT deduction, a coveted provision for wealthier taxpayers (especially in high-tax states) that allows them to deduct state and local taxes in their federal filing. Gov. Cuomo can promise to buy drinks and perhaps even offer a few lucrative tax incentives — like the $115 million in cash grants and tax breaks Goldman received to build in NYC (one of the flaws in the Tiebout model).

However, they have little else to offer to make New York more attractive to Goldman Sachs or its employees, who were a main driver of the decision to consider relocation.

“It’s not just about how cities are treating the companies themselves,” Andrew Ross Sorkin, the host of Squawk Box, told Suozzi. “One of the things that I understand from my reporting on Goldman Sachs is that there’s a group of employees who effectively think they want to work in Florida because their personal income taxes would be a lot lower.”

The Tiebout model has some problems, but the basic idea — that competition between jurisdictions can reveal points at which the costs of public goods have exceeded their actual value to the public — is sound.

If this competition can incentivize New York and California to rethink the extractive policies that are driving out wealth and investment, we should be thankful it exists.