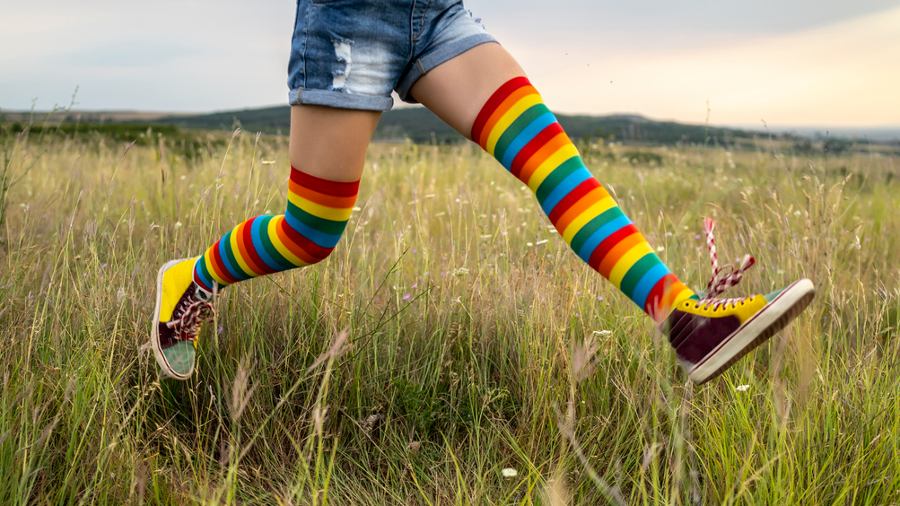 By John Stonestreet Published on December 3, 2021 •

Earlier this year, a Gallup poll announced that one in six Gen Zers identify as LGBT. That was a significantly higher number than ever reported in any previous years. Then, last month, a new survey released by Arizona Christian University reported that about 39 percent of 18 to 24-year-olds claim the label.

Even granting that polling data should always be carefully studied, and often taken with a grain of salt, that’s a shockingly high number. And, in addition to challenging Christians about how much the culture around them has changed, these numbers also challenge the way people have been taught to think about sexuality and, specifically, cultural assumptions about sexuality.

For years, the main idea driving activism around sexual orientation was that gay and lesbian people were “born this way.” Since, went the argument, no one is attracted to someone of the same gender through any fault of their own, we must let them be who they truly are and love who they want to love. And we must, the argument continued, erase any notion that heterosexuality is “normal,” and homosexuality is not.

Today most Americans either believe that sexual orientation is something not chosen or that it is something that should never be questioned.

That idea proved quite persuasive, especially the more it was portrayed in song, film, and television. Millions of dollars went to research looking for the genetic causes of same-sex attraction. Though such causes were never found, professional activists were successful in conflating sexual decisions with already protected classes of race, sex, and disability. Even as it has become more and more obvious that sexual orientation is not fixed, the idea that it is an innate, unchangeable component of identity has already served its purpose, shifting the moral norms of society and establishing this new way of thinking about sexuality. So, today, most Americans either believe that sexual orientation is something not chosen or that it is something that should never be questioned.

However, polls like this one should make us question what many in our culture now take for granted about sexual orientation. Otherwise, how can the explosion in self-identified LGBTQ youth be explained?

The obvious answer is: it can’t. We either have to keep foolishly pretending that nearly 40 percent of young people have always been gay, lesbian, bisexual, or (especially now) transgender, or we must admit that our ideas about sexuality have consequences for others. After all, it didn’t take long for the other letters in the ever-growing acronym to ride the success of this strategy. So today, anyone who defies traditional “sexual norms” is given elevated moral status, considered “courageous” and experts on all kinds of things, and basically given a free pass not afforded to anyone else. Given the new social climate, is it any wonder young people want to join those ranks, at least on a subconscious level?

As one of my colleagues pointed out recently, a teen who identifies as “bisexual” doesn’t actually have to do anything to gain a status boost. They can keep dating people of the opposite sex or not date at all. They can be sexually active or not. It’s the label that does the magic. It’s no accident that the B and the T in the acronym have seen the most growth.

Even if the social costs of identifying as a sexual minority are lower than ever (and the benefits higher than ever), the consequences for young people are severe. For one thing, young people are constantly taught to see every relationship they have as potentially sexual. Among other things, this robs them of platonic friendships, especially with members of the same sex. C.S. Lewis famously wrote that “few value (friendship) because few experience it.” This has become even more true today for the loneliest generation on record.

To be clear, people’s sexual desires almost never feel “chosen.” Though the research has not fully eliminated any biological or genetic factors in same-sex attraction, there’s no justification for treating it as immutable (much less for treating gender dysphoria that way). However, given all of the cultural pressure to assume such things, it’s clear that merely believing the right things about sexuality is insufficient for eliminating someone’s same-sex attraction or gender dysphoria. To put it differently, this generation has been thoroughly catechized into anthropological confusion, literally changing the definitions of normal and abnormal, of moral and immoral, of who we are and what we do.

Though the Gospel doesn’t promise instantly repaired sexual desires, it does tell us to “be transformed by the renewing of [our] minds.” In a culture obsessed with sex, drowning in loneliness, and careening towards self-harm, it’s good news that renewing our minds is even possible. We must point a generation of confused youth toward the compassion and clarity of this much better story as if their lives depend on it, because they do.