A new paper published by the National Bureau of Economic Research finds a “clear preponderance” of evidence that minimum wage laws reduce employment. 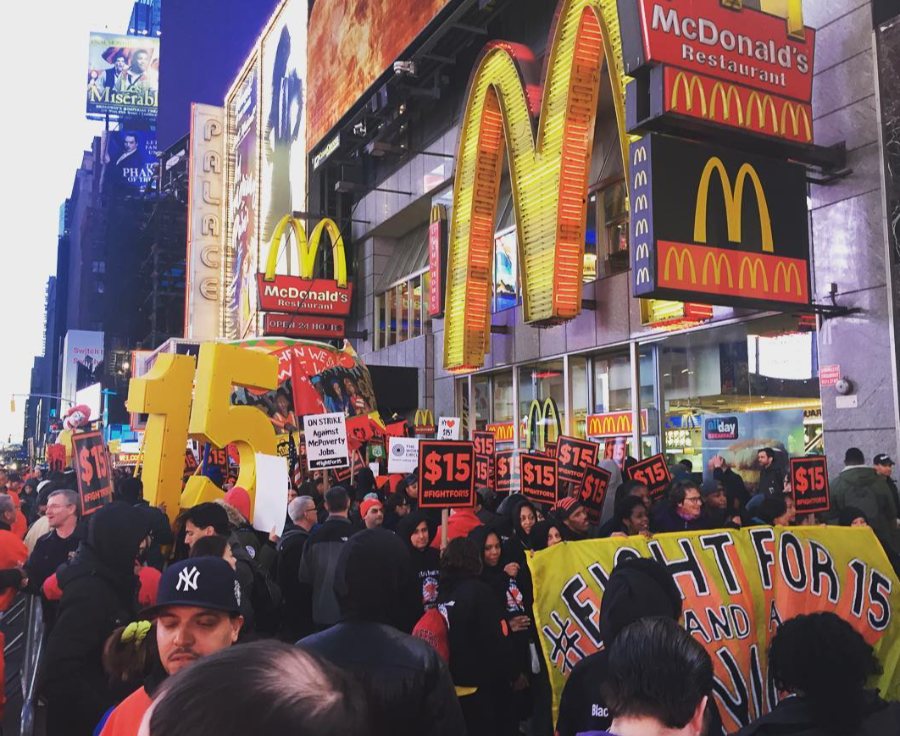 President Joe Biden is pushing a federal $15 minimum wage in his sweeping $1.9 trillion COVID-19 relief package, and the policy is only gaining steam in progressive circles. But newly released research undercuts the main argument progressive economists make in favor of minimum wage increases.

A new paper published by the National Bureau of Economic Research surveys the body of economic research on minimum wage increases and rebuts the notion that empirical data show no impact of increases in minimum wage hikes. The authors find that of all the available research on the subject they reviewed, there is a “clear preponderance” of findings that show a job-killing impact. The documentation of job losses is even more pronounced for teenagers, young adults, and the less-educated.

“[The] body of evidence and its conclusions point strongly toward negative effects of minimum wages on employment of less-skilled workers, especially for the types of studies that would be expected to reveal these negative employment effects most clearly,” economists David Neumark and Peter Shirley write.

Minimum wage proponents bury their heads in the sand in order to argue that you can simply pass a law to miraculously make everyone richer without any consequences. You can’t.

This research is a direct rebuttal of one of the most popular pro-minimum-wage-hike arguments offered by progressive economists. They rarely engage directly with the ironclad theory of supply and demand in competitive labor markets that proves the minimum wage causes unemployment just like any other price floor creates surplus. (Some progressive economists engage with supply and demand theory by arguing that if a business has a labor monopsony, aka they are the only employer for that type of labor, then minimum wage increases will not cause unemployment. But this makes little sense, as the types of employers who hire minimum wage workers, such as restaurants, retail stores, fast food, coffee shops, and so on, have nearly innumerable competitors for other places that will hire workers at the minimum wage.)

Empiricism and the Handwave

Many advocates simply pivot to empiricism and handwave about “the data” not showing any impact.

“There’s just no evidence that raising the minimum wage costs jobs, at least when the starting point is as low as it is in modern America,” economist turned left-wing New York Times columnist Paul Krugman has argued. (Reversing his own former position). Similarly, economist and former Federal Reserve Chair Janet Yellen recently reversed her prior position during a confirmation hearing for her political position as the Biden administration’s Treasury Secretary. Now, she argues that the research suggests a “very minimal” impact on employment from minimum wage increases.

The same argument has pervaded through much of academia.

“The last decade has seen a wealth of rigorous academic research on the effect of minimum wage increases on employment, with the weight of evidence showing that previous, modest increases in the minimum wage had little or no negative effects on the employment of low wage workers,” reads a letter signed by prominent pro-minimum-wage economists in 2019.

But this new research, after surveying the field of empirical evidence, finds that reaching these progressive economists’ conclusions “requires discarding or ignoring most of the evidence.”

The Takeaway: There’s No Escaping the Trade-Offs of the Minimum Wage

When the government mandates a price for labor — aka a minimum wage — that exceeds the market rate, employers will inevitably purchase less labor. It’s just like consumers would purchase less soda if the government arbitrarily mandated higher prices for it than what it’s actually worth to people. In fact, that’s the exact point of “soda taxes” passed in the name of public health; they reduce soda consumption. The same thing happens with labor.

The lucky workers who end up being able to keep their jobs may benefit from the artificially high wage, but many others will not find work at all. As far as a federal $15 minimum wage is concerned, the nonpartisan Congressional Budget Office estimated that it would eliminate 1.3 to 3.7 million jobs altogether.

This was before the COVID-19 pandemic. Layoffs would likely be much worse now, with so many small businesses already on the brink of collapse amid lockdowns and a struggling economy.

No amount of empirical squirming can eliminate the reality of trade-offs. Minimum wage proponents bury their heads in the sand in order to argue that you can simply pass a law to miraculously make everyone richer without any consequences. You can’t.

“There are no solutions, there are only trade-offs,” economist Thomas Sowell once observed, “and you try to get the best trade-off you can get, that’s all you can hope for.”

“Economics teaches you that making a choice means giving up something,” economist Russ Roberts has similarly explained.

The job losses that come with minimum wage hikes are a fundamental economic reality. This latest research offers yet another reminder that, no matter how much wish-casting progressives engage in, there’s no escaping trade-offs in public policy.