Clean Water: A New Proposal for the Gaza Strip

The plan is based around a simple idea: Establish an Israeli desalination plant, built on Israeli land, funded by Saudi Arabia, the Europeans and others, that provides clean water to Gaza. 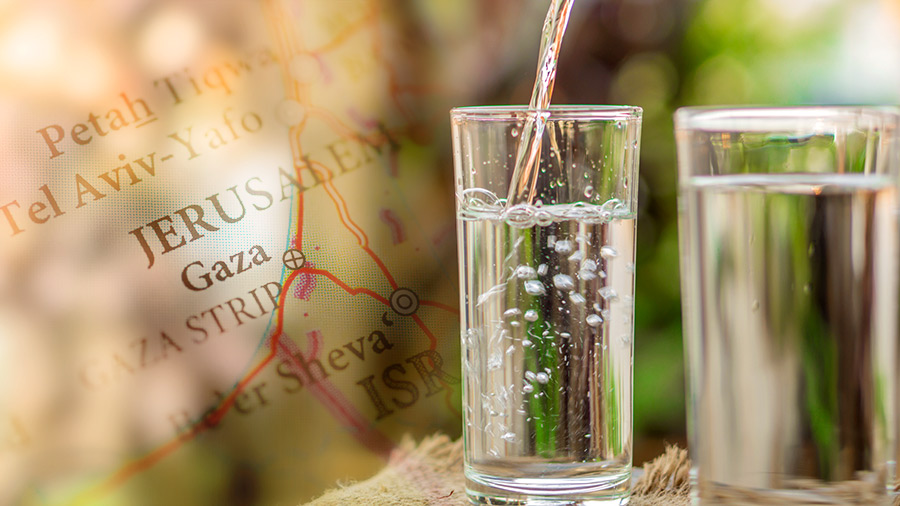 Over the past 30 days, I have presented a new plan to Prime Minister Benjamin Netanyahu, Egyptian President Abdel Fattah el Sisi, Saudi Crown Prince Mohammed bin Salman, Trump administration officials and European Union leaders, all of whom have received it with great enthusiasm.

The plan is based around a simple idea: Establish an Israeli desalination plant, built on Israeli land, funded by Saudi Arabia, the Europeans and others, that provides clean water to Gaza.

An economic team, including some of the top experts in regional cooperation, are still completing portions of the plan that has been 10 months in the making. After decades of discussions and plans, especially on solving the water problem for the Gaza Strip, I believe this plan is the most feasible and realistic.

The New Atmosphere in the Middle East

The plan is based on the new atmosphere in the Middle East. I recently held several meetings with US administration officials, leaders of numerous leading Middle East nations as well as global financial institutions and found that new regional developments under the leadership of President Trump has provided us with a unique opportunity.

Israel now is in a position to have workable relations with Gulf states. Their leadership and financial strength is a true and practical option for significant investment by both foreign governments and international financial institutions. Thus, what is being proposed is an American-Israeli-Egyptian sponsored effort to create water and energy infrastructure on the Israeli or Egyptian border with Gaza, in addition to sending (all or most of the output) of such facilities to Gaza. (In the past week a similar model with Qatar oil to Gaza worked).

Gaza has many challenges. Gaza’s continuing and growing water and energy crises are well known. The population of the Gaza Strip is nearly two million, with a growth rate of nearly 3% per year and an unemployment rate of 40+% (youth unemployment is nearly 60%). At the most basic level, there are simply not enough sustainable water sources in Gaza. Less than 4% of freshwater sources are drinkable. Finally, Palestinian leadership in Gaza does not engender confidence from international governments, and the overall economy makes investments by financial institutions nearly impossible.

If it is so important for the European governments to assist the Palestinians in Gaza, the problem itself must be addressed.

My desire is that the administration would not make this a part of its peace plan. The plan is for the funds to be provided for the desalination plant, property, the ongoing supply of water, and creation of a terrorism-free zone either on Egyptian or Israeli land to protect the plant.

The cost of the project should not exceed $500 million, and, again, should not to be part of a peace plan. The companies are ready and all that is needed is a compassionate “Yes” from Trump. The US has gained over $200 million just from the funding cut to UNRWA, and there is no doubt the Europeans and Gulf States will donate.

When I presented the project to the crown prince, I told him that Jared Kushner was studying it. He said if Kushner was interested he should contact him.

We Evangelicals who know Donald Trump, know him to have a heart of compassion. Providing fresh water to children in Gaza is a basic human right that must transcend politics.

THE ANCHOR INVESTMENT for the project would be a desalination plant for producing 50-80 million cubic meters of water per year. This plant would be large enough to address more than 50% of Gaza’s current drinking water needs. Egypt or Israel would provide the land and the pipeline to Gaza, and the US and other donor countries would provide the construction capital and an annual subsidy for proper and actual delivery of water to Gaza.

The technology for the plant can come from an Israeli company technologies based on similar projects built in the region. One can assume that the cost of such a facility would be in the range of $200 million to $300 million. Importantly, such a model could potentially serve as a conduit for other similar infrastructure projects such as solar energy, traditional electric power plants and even waste treatment facilities.

The first alternative is a donated facility. As described above, Egypt or Israel provides the necessary land and pipeline, and the US (together with other donor countries) will cover the cost of construction. The project would be conducted via an Israeli or Egyptian government tender with coordination from the US to identify a general contractor for the project. Following the construction, water and energy will be supplied to Gaza at a subsidized price or even at no cost for Gaza water authority.

The second alternative is BOT, build operate and transfer. According to this model, a private company (following a tender managed by the Israeli Government or the Egyptian infrastructure authority) will build, operate and deliver water to the Gaza Water Authority for a period of 25-30 years. That private entity will charge money for the water shipped.

On the basis of this long-term contract, which Egypt and the US would guarantee, the private company would invest its own capital and attract international financing partners for the cost of construction. The cost of water would be subject to a maximum (i.e., subsidized) price so that Gaza gains a true benefit (i.e., cheap water).

Meanwhile private companies that have been pre-qualified for quality and financial strength would compete against one another on the basis of three main factors: The minimum upfront payment provided by the US as a construction subsidy; the price they are willing to charge the Gaza Water Authority (the lower the better); and the level of annual guarantee requested (again the lower the better). After 30 years, Israel or Egypt would own the facility and could use it for any purpose it so desires.

The Answer is Simple

How can the Gaza water situation be saved? I told a European president last week that the answer is simple. If it is so important for the European governments to assist the Palestinians in Gaza, the problem itself must be addressed. The inability of the Hamas to manage the Gazan water problem can be solved by handing the Israelis or the Egyptians the funds to desalinate water on the Gazan border and pump it to Gaza.

In other words, Europe should be part of a consortium of nations that will fund the construction and operation of a desalination plant based in Israel or the Sinai.

The European president was very enthused by the idea and I am sure his nation and others will be part of the plan.

Originally published at The Jerusalem Post. Reprinted with permission.