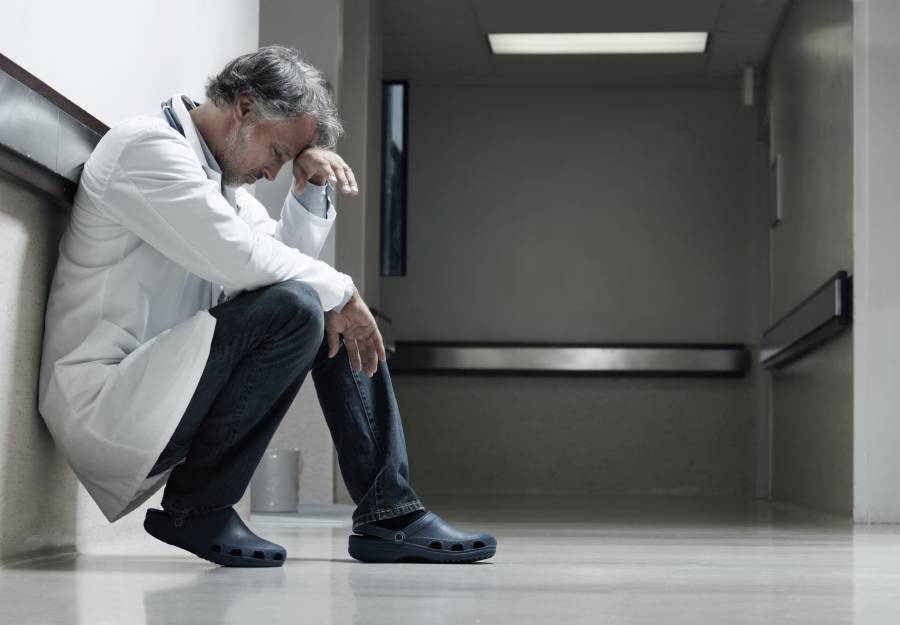 The Department of Health and Human Services (HHS) finalized new transgender regulations for Obamacare on Friday.

These regulations threaten the religious liberty, freedom of conscience, and independent medical judgment of health care professionals. And, just as they did in the transgender school policy the Obama administration announced this morning, the administration has created these new Obamacare regulations by redefining “sex” to mean “gender identity.”

As Roger Severino and I explain in a Heritage Foundation report, these regulations will create serious conflicts of conscience for many organizations, hospitals, physicians, and other individuals involved in healthcare.

By prohibiting differential treatment on the basis of “gender identity” in health services, these regulations will penalize medical professionals and health care organizations that, as a matter of faith, moral conviction, or professional medical judgment, believe that maleness and femaleness are biological realities to be respected and affirmed, not altered or treated as diseases.

The regulations create special privileges based on gender identity that will lead to unreasonable and costly litigation for physicians, hospitals, insurers, and others involved in health care. They will effectively require controversial procedures, such as “sex-reassignment” surgery, that respected medical professionals argue have not been proven to be effective in treating serious mental health conditions. Rather than respect the diversity of opinions on sensitive and controversial health care issues, the proposed regulations endorse and enforce one view.

These new regulations go beyond what Congress established in Obamacare.

Obamacare guarantees that no individual can be denied benefits in a health program that is either federally run or federally funded because of their membership in well-established categories of civil rights law, including race, color, national origin, sex, age, or disability.

As passed by Congress Obamacare does not create special privileges for new classes of people or require insurers and physicians to cover or provide specific procedures or treatments. HHS now declares that Obamacare does.

The HHS regulations redefine discrimination on the basis of “sex” to include “sex stereotyping,” “gender identity,” and “termination of pregnancy,” among other things. Under these guidelines, if a covered physician administers treatments or performs surgeries that can further gender transitions, that physician must provide them for gender transitions on the same terms, and insurance must cover it, regardless of the independent medical judgment of the physician.

Furthermore, HHS allows no religious accommodation or exemption to its gender identity mandate or any other aspect of its new regulations.

The regulations will force many physicians, hospitals, and other healthcare providers to participate in sex-reassignment surgeries and treatments, even if it violates their religious beliefs or their best medical judgment.

Moreover, because they apply so broadly, the regulations will also force employers, individuals, and taxpayers to fund coverage for such procedures even if doing so conflicts with their sincere beliefs.

Reasonable Judgments about Biology Are Not ‘Discriminatory’:  The Unsettled Question of Proper Treatment of Gender Dysphoria

Many people reasonably believe that maleness and femaleness are objective biological realities that are integral to who we are as human beings. On the basis of religious teachings, moral reasoning, scientific evidence, and medical experience, many have strong grounds to hold that one’s sex is an immutable characteristic that should be respected, not rejected or treated as a disease.

Accordingly, many involved in providing medical care and those enrolled in health insurance plans have serious objections to participating in or paying for sex-reassignment surgeries or gender transitions. Yet the regulations label these kinds of reasonable beliefs as “discriminatory” and seek to forbid their being followed in the coverage or provision of health care services.

Serious concerns raised by respected physicians about the propriety of sex-reassignment operations should have given HHS pause before forcing individuals, physicians, hospitals, and insurers to participate in or cover such procedures.

As Severino and I explain in our report, there are a variety of reasonable medical opinions about the best treatment for gender dysphoria — a deep-seated desire to appear and be treated as a member of the opposite sex.

Permanently altering, resecting, or amputating well-functioning organs of the human body is a controversial form of treatment. The federal government should not take sides in these debates through unaccountable agency action and then coercively impose that judgment on all medical professionals.

Yet Another Example of Regulatory Overreach Under Obamacare

Medical professionals should remain free to operate according to their best medical judgments. No American should be forced to violate his or her moral and religious beliefs, especially in morally fraught issues in health care. Individuals, employers, and all Americans should be able to choose health care and health insurance that best fits the needs of their families and respects their beliefs.

Likewise, the federal government should not force taxpayers to subsidize medically and ethically controversial procedures. Yet the proposed gender identity mandate would violate all of these principles.

This is not the first time, nor likely to be the last, that federal agencies have used the power given to them under Obamacare to promulgate rules that trample on the conscience rights of Americans.

By centralizing control of health care decisions in the hands of unaccountable bureaucrats and forcing individual citizens to obtain government-approved insurance, the sweeping health care law poses an unprecedented and profound threat to the liberty of Americans.

To truly protect individual liberty and freedom of conscience, and fully respect the medical independence of physicians, Obamacare must be repealed. Patient-centered health care reform that puts decision-making back in the hands of individuals, families, and physicians would lower costs, increase access, and respect the freedom of conscience of both consumers and medical providers.

Seeking God on a Helipad: Nurses and Doctors Pray on the Roofs of Hospitals