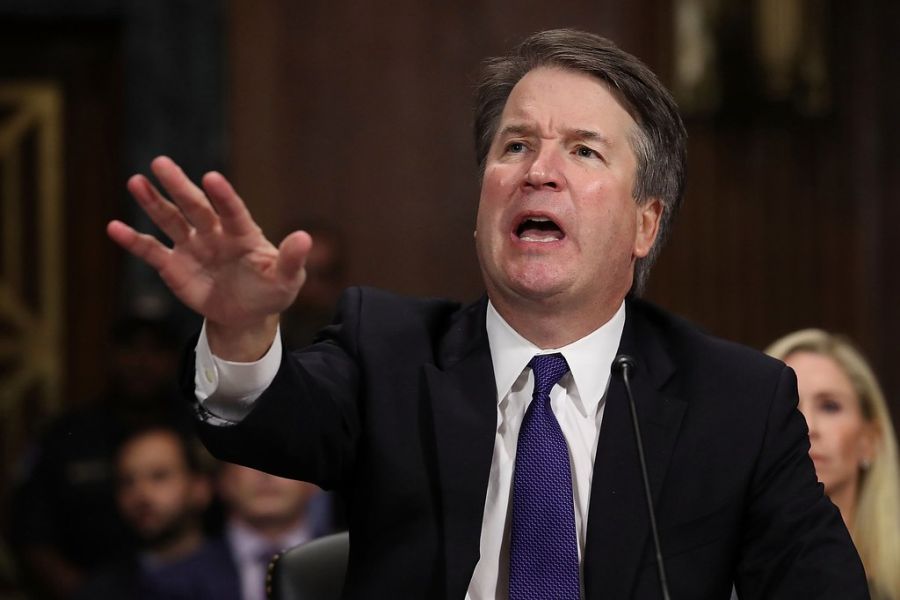 Pundits credit different events for turning the tide on now-Justice Brett Kavanaugh’s contentious Supreme Court confirmation. Some point to Kavanaugh’s impassioned testimony before the Senate Judiciary Committee. Still others say it was Sen. Lindsey Graham’s (R-S.C.) fiery speech, in which he lambastes his Democratic judiciary committee colleagues for withholding the allegations against Kavanaugh and then leaking those allegations at the most politically opportune time for Senate liberals.

As Mollie Hemingway and Carrie Severino detail in their just released bestselling book, Justice on Trial, Democrats might have succeeded in derailing Kavanaugh’s nomination if it weren’t for the courageous women who bucked the progressive groupthink and stood true to their moral compass — namely Sen. Susan Collins (R-Maine), traditionally more moderate and left-of-center than her Republican peers, and registered Democrat Leland Keyser, a childhood friend of Kavanaugh accuser Professor Christine Blasey Ford.

“I think [Sen.] Collins … did more to expose the ugliness of the controversy around the Kavanaugh [nomination] process than any other senator,” then-Senate Judiciary Committee Chairman Chuck Grassley (R-Iowa) tweeted after Sen. Collins delivered a 43-minute statement explaining her rationale for voting to confirm to the Supreme Court now-Justice Kavanaugh. “I commend [Sen.] Collins for her thoughtfulness [and] am proud to have her support for such a well[-]qualified nominee.”

Sen. Collins’ speech covered a lot of ground and systematically addressed the allegations against the judicial nominee, his credentials and first-hand analysis of the longtime litigator and judge, including commentary from Lisa Blatt, an abortion proponent and former clerk to left-leaning Justice Ruth Bader Ginsburg.

“Lisa Blatt, who has argued more cases before the Supreme Court than any other woman in history, testified, ‘By any objective measure, Judge Kavanaugh is clearly qualified to serve on the Supreme Court. His opinions are invariably thoughtful and fair,’” said Collins. “[Blatt] also observed that Judge Kavanaugh is remarkably committed to promoting women in the legal profession.”

Indeed, Kavanaugh is ahead of the times and his peers when it comes to putting women on his payroll. As Erin Hawley, associate professor of law at the University of Missouri and a former clerk to Chief Justice John Roberts, said in a Chicago Sun-Times column ahead of Kavanaugh’s confirmation, he “has hired more women as law clerks than men. Eighty-four percent of those women have gone on to clerk at the Supreme Court. And he is the only D.C. Circuit judge to have ever hired four women in the same year for a clerkship.”

Kavanaugh’s sterling legal credentials and history of supporting women in the legal profession, however, isn’t all that was necessary to quiet the partisan fury stirred up against the nominee. Kavanaugh’s future on the court hinged on whether the allegations against him could be prosecuted in a court of law. In other words, could others back up the allegations? As it turns out, nobody could back up Blasey Ford’s story. Star prosecutor Rachel Mitchell said as much in a memorandum for members of the Senate Judiciary Committee after cross-examining Blasey Ford.

“Dr. Ford identified other witnesses to the event, and those witnesses either refuted her allegations or failed to corroborate them,” Mitchell says. “All three named eyewitnesses have submitted statements to the Committee denying any memory of the party whatsoever. Most relevantly, in her first statement to the Committee, Ms. Keyser stated through counsel that, ‘[s]imply put, Ms. Keyser does not know Mr. Kavanaugh and she has no recollection of ever being at a party or gathering where he was present, with, or without, Dr. Ford.’”

It was Blasey Ford’s word against Kavanaugh’s, and our American tradition of “innocent until proven guilty” reigned victorious in the end thanks to Keyser’s statement — and thanks to Sen. Collins who, in good conscience, couldn’t torpedo the confirmation of a man with an otherwise outstanding reputation based on toothless allegations that a “reasonable prosecutor” wouldn’t even bring before the committee.

Likewise, as Justice on Trial reveals: despite being Ford’s friend, despite her desire not to see Kavanaugh on the court, and despite being pressured to lie in order to sink his nomination, Keyser’s integrity won out.

As Sen. Collins said, “That such an allegation can find its way into the Supreme Court confirmation process is a stark reminder about why the presumption of innocence is so ingrained in our American consciousness.”