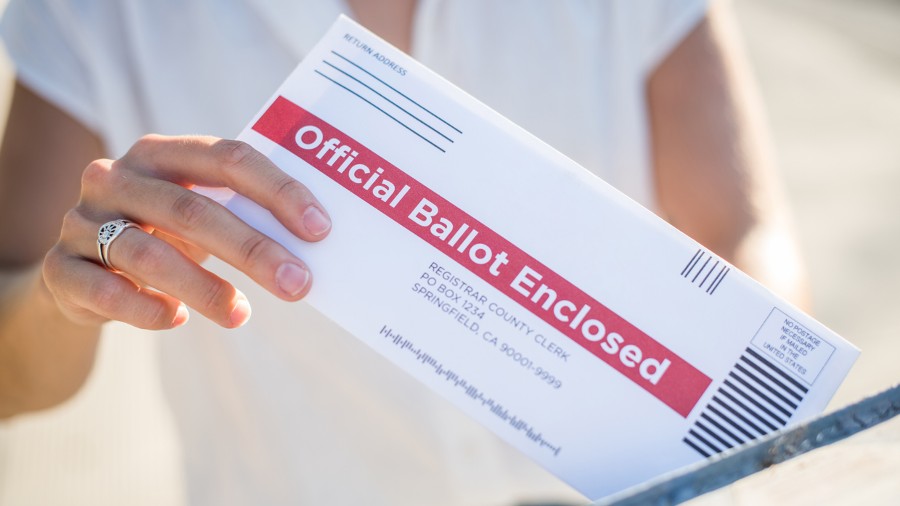 “With public confidence in our elections in peril, it’s clear our elections must be pristine and above reproach — and the sole purview of government,” Ducey said Friday in a signing letter.

Arizona’s new law prevents private funding from going into elections, such as the $419 million in donations made by Facebook CEO Mark Zuckerberg and his wife Priscilla Chan.

The Zuckerbergs gave a total of $350 million to the Center for Tech and Civic Life, a left-leaning technology group, that in turn issued grants to 2,500 election offices in 49 states. The spending included $5 million for Arizona, according to preliminary data from the Foundation for Government Accountability, The Daily Signal reported March 23.

In a statement to The Daily Signal, Arizona state Rep. Jake Hoffman said that “the passage and signing of House Bill 2569 makes Arizona the first in the nation to fully ban billionaires from influencing the administration and management of Arizona elections.”

Hoffman, a sponsor of the bill, referred to donations such as those made by the Zuckerbergs before the presidential election.

“In 2020, our nation saw a concerning new political tactic wherein big tech billionaires spent nearly half a billion dollars influencing the administration of the general election through a series of nonprofits operated by Democrat political operatives,” Hoffman said, adding:

We have sent a clear message that it doesn’t matter how much money you have, Arizona elections are not for sale.

State Sen. Juan Mendez, D-Tempe, said outside funds are used because Arizona does not have adequate funding for elections, The Associated Press reported.

“It’s easy to make a boogeyman out of billionaires. I don’t like them either. But we put ourselves in this situation,” Mendez said of the Legislature’s budgeting decisions. “Our elections are so underfunded we’ve got counties out there asking for money to do voter outreach.”

In a statement provided to The Daily Signal, Jessica Anderson, executive director of Heritage Action for America, said the new Arizona law will help keep the state’s elections free of outside influencers.

The latest bill signed into law, HB 2569, will prevent outside groups and individuals from pouring private money directly into Arizona’s election systems. Arizonans deserve elections free from outside interference, and this law will help restore voters’ trust in their state’s elections.

Heritage Action is the lobbying arm of The Heritage Foundation, which is the parent organization of The Daily Signal.