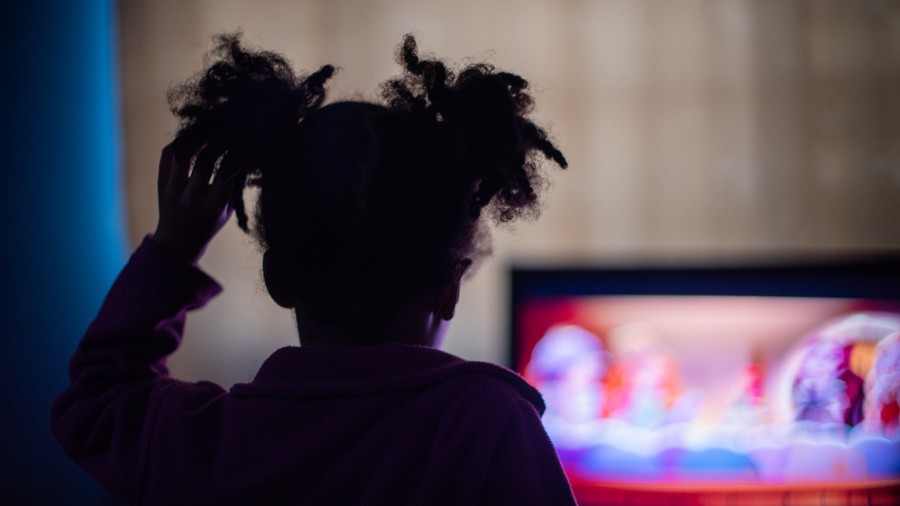 Lots of parents today wouldn’t think twice about sitting their kids down in front of the Disney Channel or Cartoon Network. And that, conservatives warn, is exactly the problem. Like so many other moms and dads, they’re expecting the same kind of harmless storylines they watched in the ‘70s and ‘80s. What their children are seeing is anything but.

Say goodbye to the regular plot lines of Blue’s Clues and Scooby-Doo — and say hello to a 21st-century lesson in transgenderism, sex, homosexuality, nonbinaries and drag queens.

That’s the new reality of radical programming on some of America’s favorite shows — especially, parents are discovering, during June, which is Pride Month. Loveable animals like Arthur and My Little Pony have been commandeered by the far left for lessons that would make most adults’ jaws drop.

In the latest example on Blue’s Clues, real-life drag queen Nina West sings a Pride Parade song to the tune of “The Ants Go Marching” — except the lyrics have been replaced with “LGBTQ buzzwords such as ‘ace’ — which stands for ‘asexual’ — as well as ‘queer,’ ‘bi,’ ‘pan,’ ‘allies,’ and ‘kings and queens,’” TheBlaze warns.

Blue and friends watch their two-mom floats go by while rainbow and transgender flags dot the colorful landscape.

This is just the beginning of Nickelodeon’s full-blown assault on mainstream morality. SpongeBob SquarePants has already stepped into the LGBTQ world, so, according to TMZ, “it’s really not that much of a stretch for them to get Blue onboard, too.” The goal, the outlet says, is to take “proactive steps to teach kids about different family structures in a fun, catchy way that appeals to young children.” And unfortunately, these networks aren’t the only ones.

A Number of Children’s Programs

And yet, despite this complete activist takeover of children’s programming, LGBT extremists still insist they have “a long way to go.”

“But at least nowadays,” their Pride websites brag, “there’s so much amazing LGBTQ+ representation in animated children’s shows, giving a whole new generation of young, queer kids the much-needed representation and visibility they need!”

Like so many other Netflix and PBS shows, producers seem dead set on turning wholesome, family friendly stories into a weapon of indoctrination. And they’re doing it under the guise of children’s programming. In the case of longtime favorites such as Disney and My Little Pony, beloved franchises are being distorted to promote a radical, 21st-century LGBT agenda.

So what can parents do? First off, don’t assume that any form of secular entertainment is safe from this type of storyline. Watch these programs with your kids if you can or check them out in advance. Click over to organizations such as the Parents Television Council, MovieGuide, or One Million Moms for resources or reviews.

But the most important piece of advice is this: Don’t take anything for granted. If you’re a mom or dad who’s concerned about the messages Hollywood is sending your kids, don’t assume that just because it’s the Disney Channel or because it’s called ABC Family or PBS, that the show is innocent or family friendly.

Especially in the month of June.

Originally published in Tony Perkins’ “Washington Update,” which is written with the aid of Family Research Council senior writers.