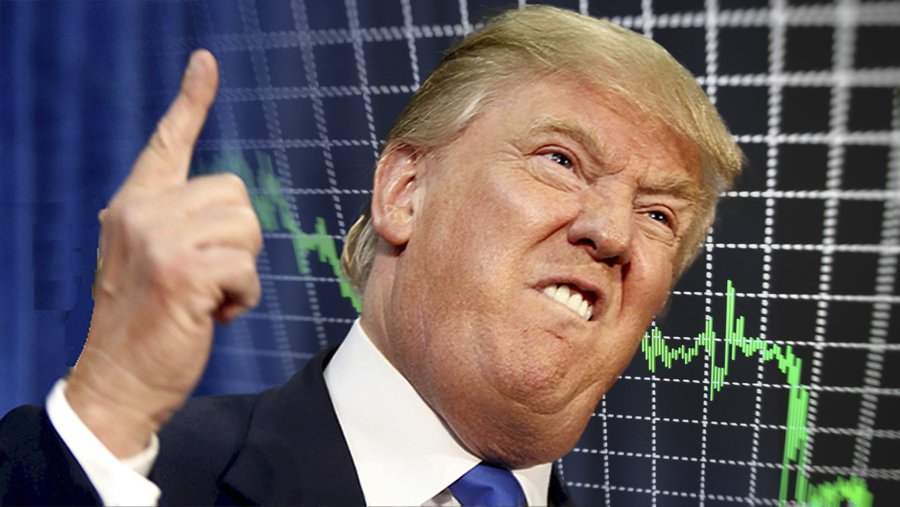 Only The Simpsons got it right: Before he shot to the top of the polls last summer, not a single pundit or political scientist guessed that Donald Trump had the ghost of a chance at the Republican nomination, yet there he stood tonight in Indiana with a trail of corpses behind him and a clear road ahead of him. Welcome to the Zero Sum World, where you have to lose for me to win. The facts have been recited often enough: Real median household income is still 8% below the 1999 high water mark, real GDP is 10% below the long-term trendline, 10% fewer Americans own their own homes than in 2007, more business have closed since the 2008 crash than opened, and the jobs on offer mainly involve changing bedpans and flipping burgers.

Republican voters bought Trump’s message that the wicked Chinese and the feckless Mexicans have stolen jobs and wealth that rightfully belonged to Americans, and that he, Donald Trump, with his world-class negotiating skills, would go out and get them back. There’s nothing to negotiate, no pie to re-divide, no Chinese hoard to bring home. World exports are down by 12% year-on-year in terms of price and dead flat in terms of volume, something that happens during recessions. The world economy is dead in the water. The US economy grew at an annual rate of just half a percent during the first quarter, which is a recession in all but name. Japan shrank, and Europe grew by 1.6% (and has only just regained its overall output level of 2007). China is growing, but too slowly to move the needle elsewhere.

The trouble is that everyone already has had the same idea as Mr. Trump. The Bank of Japan and the European Central Bank have imposed negative interest rates on their money markets. If you buy a 10-year Japanese government bond or a 5-year German government bond, you get back less than you paid for it: you pay the government to hold your money. When it costs money to save, financial markets lose their reason to exist. The Europeans and Japanese have done this to try to keep their currencies cheap and get a bit more of the stagnant volume of world trade. Now that the Federal Reserve has backed off from raising interest rates in the face of uniformly depressing economic data, the dollar is falling, despite the best efforts of the Europeans and Japanese to cheapen their currencies.

It is astonishing that the only policy measures that the major economies of the world (excepting China) have undertaken in the face of a flat-lined world economy is currency depreciation. Nowhere in the industrial world has any government proposed the sort of structural reforms that are required to encourage innovation and entrepreneurship. It is lifeboat economics, and the lifeboat has a new passenger.

Wheel and deal as he might, Trump will find there is nothing on the table to negotiate. Republican voters listened to his promise to claw wealth back from the Chinese and Mexicans, just as Democratic voters listened to Sen. Bernie Sanders’ parallel pledge to soak the rich (he fails to mention that the top 1% of earners already pay half of all US federal income tax).

Evidently, Americans stopped believing in the Reaganesque notion that innovative market entrants would create prosperity. They will find that zero sum economics won’t work out well for them, either. There is a word for the disaffected middle-class voters who supported Donald Trump, and it is “loser.” If the American mood is ugly now, wait to see what happens after yet another round of disappointments. I have no idea what Americans will do. I don’t recognize them any more.

Running Against the Economy? Lots of Luck With That!