Nearly half of all 2019 NBA first- and second-round draft picks went to private schools. 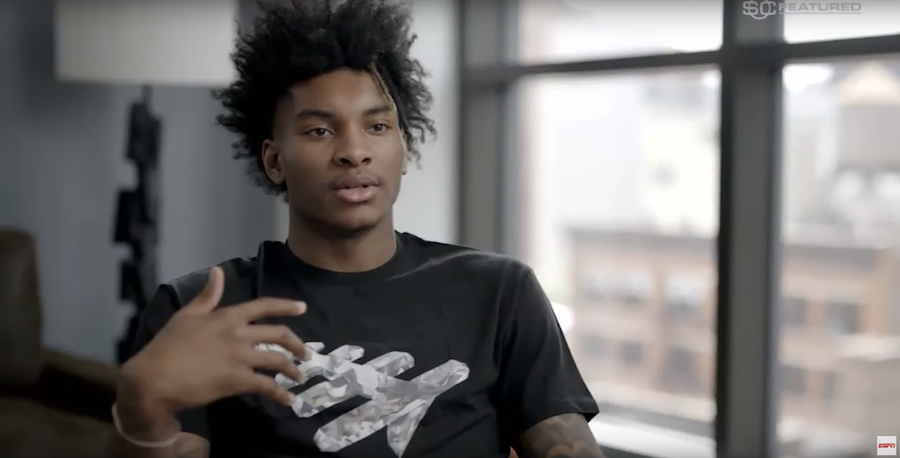 “I been battling through adversity all my life. Still am,” Porter told ESPN after he became the final first-round draft pick.

Porter explained how he wore No. 4 jersey at USC to honor his father, who was shot and killed when Porter was just 4 years old.

Another athlete told me that on his first day of high school, school officials held a memorial service for a student who was murdered.

In many ways, Porter’s story reflects the collective experience of 10 professional athletes I interviewed to learn more about how they overcame their difficult childhoods. I was interested as a researcher in sports psychology, and because I have a decade of teaching and coaching experience in a community in Atlanta.

All 10 athletes attended high school in the 1990s or early 2000s. They all told me about losing loved ones to violence and going to school in chaotic environments.

For instance, a former player in the NBA D-League (now known as the G-League) that I’ll refer to as “Iggy” said: “I grew up next to a drug house. A lot of gangs, violence, drugs and prostitution. My cousin was murdered at 19 right down the street.”

Another athlete told me that on his first day of high school, school officials held a memorial service for a student who was murdered in the community.

“I’ll be honest with you, school was hell,” said Charles, a basketball player who won a national title at the University of Louisville. “Just walking through the halls I had to protect myself.”

A different athlete discussed how he was born when his father was in jail for murder and only had only spoken with him three times in his life. The athletes I spoke with related how these social problems trickled into their schools and created a stressful learning environment for students, teachers, and administrators.

All of the athletes in my study spoke about how beneficial it was when they left their troubled neighborhood schools in order to join teams or participate in athletic programs at better resourced and safer schools in more affluent areas.

Six of the athletes I spoke to said that if they didn’t have sports to get them out of their environment, the risk of premature death or incarceration would have been high.

Some of the athletes, like Ben, were intentionally moved from their community and enrolled into a better school with more resources. His mother spent years earning a nursing degree at night which gave her the financial ability to move Ben to the suburbs.

Other athletes just got lucky. Jared, a professional basketball player born in Philadelphia, told me how a chance encounter changed the course of his life.

I was really struggling and trying to find a team to play for. I was getting my haircut and some guy asked me if I played ball, because I was big for my age. Next thing I know I am talking to Allen Iverson’s best friend and given a scholarship to the top private school in the city.

Six of the athletes I spoke to said that if they didn’t have sports to get them out of their environment, the risk of premature death or incarceration would have been high.

An analysis shows many of the NBA top draft picks in 2019 have similar educational backgrounds.

Of the 24 first-round draft picks who attended high school in the United States, 16 attended private schools, while only eight attended public schools.

Overall, 45 percent of the 2019 NBA first- and second-round draft picks went to private schools, versus 35 percent for public schools.

Porter played at Rainier Beach School in Seattle—a public school where his father once played for the same coach. Like many of the schools the athletes in my study attended, Rainier was at one time quite a troubled school. Not so long ago, it struggled with declining enrollment, poor test scores, and low graduation rates. The school has turned things around in some ways but still has low levels of reading and math proficiency.

Public schools in poor American communities face obstacles that schools in wealthier districts do not, such as overcrowded classrooms, teacher burnout, discipline, and high suspension rates.

[The athletes] all spoke of deeper problems, such as single-parent households, high community gang affiliation, or lack of positive role models.

Ben, one of the athletes in my study who currently plays professionally in Europe, described his school learning environment in Detroit. “It was chaos. Overcrowded classrooms. We had to walk through metal detectors every day. It was just normal, like they were preparing us for jail.”

Another athlete from Atlanta discussed how his school sports team spent more time fighting in the courtyard than in the gym practicing.

Interestingly, the athletes did not see money as the core of the issue. They all spoke of deeper problems, such as single-parent households, high community gang affiliation, or lack of positive role models.

Despite these issues, the athletes not only graduated from college with a degree, but also made or continue to make a living playing professional sports.

What Does This Mean?

All 10 athletes in this study said moving to a school with more resources, safer and more structured learning or athletic environments helped them succeed.

But I think this raises an important question: Why should kids from poor neighborhoods have to leave their communities and local schools to achieve their dreams? Can’t neighborhood schools be improved so students don’t feel like they need to find a way out?

For his part, Porter seemed to have the best attitude that one could ask for in the face of adversity.

“Really it’s just a learning experience,” Porter said. “Adversity, if you overcome it, it’s great. That’s what it’s there for. It tests you. It’s challenges that you overcome. So having that as a young age helped me a lot.”

Rob Brook is a PhD Candidate and Lecturer at the University of Southern Denmark.

This article was reprinted from The Conversation.

This article was originally published on FEE.org