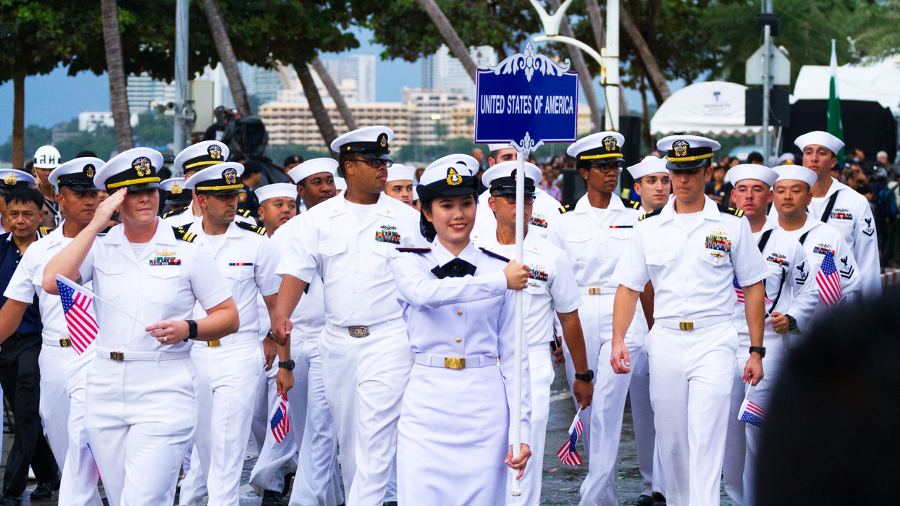 The Navy is coming under fire for a video created to train sailors in how to “correctly” use personal pronouns and “inclusive language” to create “safe spaces” in the service.

The video, nearly four minutes long, came to public attention Monday although it was shot in June 2021 and posted May 23 to the website of the Defense Visual Information Distribution Service.

“A good tip for you to remember [a person’s] pronouns next time is to go through a progression of three good things about that person using their pronouns,” the video instructs.

“So let’s say the person uses ‘they’: You can say in your mind, ‘They have a good shirt,’ ‘They have a nice smile,’ ‘They are really smart,’ so that it sticks in your brain.”

The training video on personal pronouns is part of a series called “NAVSpEAks” from the Naval Sea Systems Command Inclusion and Engagement Council designed to “educate and empower employees to reach their full potential.” The pronoun video is the first in the series.

The video’s two hosts are Conchy Vasquez and Jony Rozon, both civilian engineers at the Naval Undersea Warfare Center in Newport, Rhode Island, who are seen wearing rainbow-themed clothing.

Vasquez and Rozon discuss how military and civilian employees of the Navy can navigate asking a colleague about preferred pronouns, and what someone should do after accidentally “misgendering” another person.

“Using someone’s pronouns is a simple way to affirm someone’s identity,” Rozon says in the video. “It is a symbol of acceptance and respect.”

Vasquez and Rozon talk about the importance of “creating a safe space for everybody” through using “inclusive language.” They suggest that sailors refer to others with gender-neutral language until their pronouns — whether he/his, she/her, they/their or otherwise — are known.

News of a training video focused on the transgender agenda comes after lawmakers and others assailed the Navy last year for a recommended reading list including titles by “woke” authors labeled as racists by critics.

In the video, Vasquez tells a story about a conversation she had with one of her friends who believed that no one should be forced to refer to someone else with a particular pronoun when that person appears to be a male or female.

“I was really taken aback by that comment,” Vasquez says. “[But] it’s not about you at all — ultimately and mostly it’s about respect.”

So, what to do if you accidentally misgender someone?

“Apologize, accept the correction, and move on,” Vasquez advises.

But, according to the video, never ask for someone’s personal pronouns since the person might be “going through the process of discovery” and might not be willing to share pronouns.

“So, I should just lead with my pronouns and they may follow or not,” Rozon says. “If they don’t then I can just continue to use gender-neutral language.”

“If you insist on mispronouncing my name, I would feel very disrespected by you,” Rozon says. “Some names are difficult to pronounce.”

“But do you know what is very easy to pronounce?” he asks Vasquez.

“She/he/they,” they say in unison.

Reaction to the video largely has been negative, with many comments on the website criticizing the Navy for prioritizing personal pronouns and “safe spaces” instead of national security.

Rep. Dan Crenshaw, R-Texas, a former Navy SEAL, said in a tweet that the Navy should focus on war and not pronouns, calling the video “stupidity.”

Here’s an idea, fire everyone in the Navy who puts pronouns in their email signature and focus on how to be better at war.

Rep. Jim Banks, R-Ind., a member of the Navy Reserve, called out the woke nature of the video in a tweet.

Robert O’Neill, a former Navy SEAL who has said he fired the shots that killed al-Qaeda terrorist leader Osama bin Laden, addressed the training video in a viral tweet.

Let me make it simple for the entire @USNavy : Your pronouns are shipmate/shipmates. There. I just saved the taxpayers millions by avoiding ridiculously useless training. Anchors aweigh.

The Navy acknowledged The Daily Signal’s request for comment, but did not provide one in time for publication.