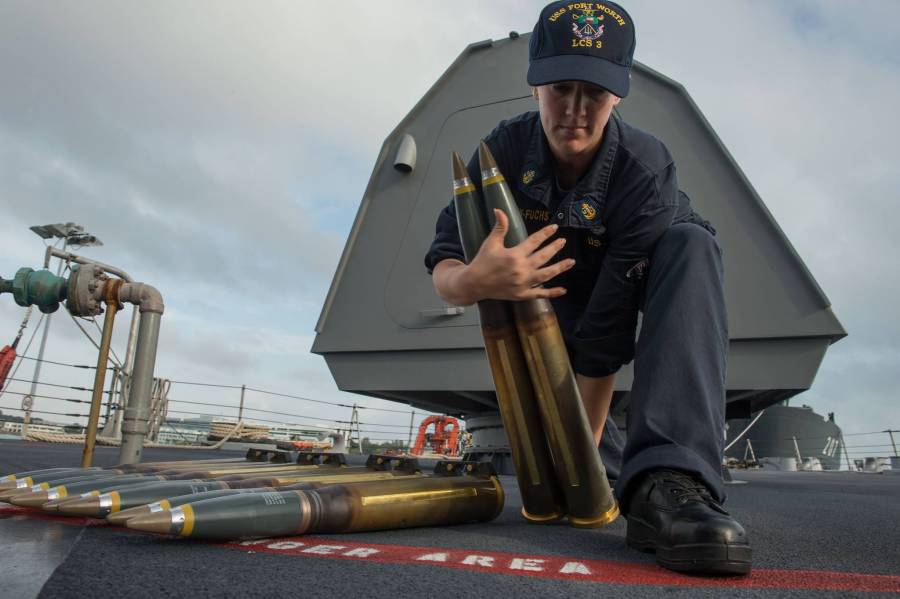 Secretary of the Navy Ray Mabus wants more women in the military, and unveiled Wednesday a slew of policies designed to make the service more attractive to women and, incidentally, to revamp physical fitness standards.

During a speech at the U.S. Naval Academy in Annapolis, Md., Mabus reiterated the phrase so emblematic to his tenure as secretary, namely that more women means a diverse force, and “a more diverse force is a stronger force.” The current figures stand at 18 percent for the Navy, compared to just 5 percent for the Marine Corps.

This means that in order to increase the recruiting of women up to the goal of 25 percent by 2019, policies will have to change.

“Both our platforms and our career paths will allow for equal service opportunities. That is why I’m personally committed to opening all operational billets to women,” Mabus said at the event.

Earlier this year, Mabus created a Navy Task Force Innovation group to try and sidestep “briar patch of bureaucracy” in which proposals are often lost.

One of the most notable proposals to emerge is a complete revamping of the standard Physical Fitness Assessment (PFA) to remove the outdated and simplistic pass/fail system. The chief of Naval Personnel’s Office has also been at work for some time looking at the way the Navy measures body fat. Based on the office’s research, Mabus thinks the body fat limit needs to move upward, so long as it remains within Department of Defense standards.

Why increase body fat limits? Notably, body fat is much higher in women than men. Between the ages of 17-39, the allowable limit for men is 22 percent body fat, whereas for women of the same age bracket, the current limit is 33 percent.

The American Council on Exercise states that 32 percent body fat and above counts as obese for women, and for men that number is 25 percent plus.

What are the Navy’s new upper limits for women’s body fat percentage?

“We want this to be about health and not simply body shape. Our current way of measuring fat is based on a measuring tape and from those measurements we derive a body fat percentage. We’re going to take a hard look at this and make sure that we aren’t unnecessarily pushing people out of the Navy. At the end of the day, that’s what it’s about: health. We expect to have the updated body fat standards here within a few weeks,” Servello said.

A book on military readiness released by the Institute of Medicine in 1998 relied on three large surveys of active-duty Navy men and women, with one of the studies concluding that 9 percent of the women exceeded body fat standards. Additionally, 47 percent perceived themselves as being overweight.

“In the Navy alone, we separate 1500 people a year for failing the PFA,” Mabus noted. “That wastes our time and resources.  In our new culture of fitness, we change the way we measure body fat, supplement PFA cycles with physical readiness spot-checks, and document performance on Fitness Reports and Evals.”

Another one of the policies proposed is to double maternity leave to 12 weeks. More women in the service creates a need for more services like child daycare. The plan is to extend how long child care development centers are open by two hours on each end.

Mabus did not mention how much the proposals cost. However, because women leave the Navy early at double the rate of men, officials think spending additional funds to boost retention rates is a solid decision, especially as officials urge more women to join.

Not all of the proposals are equal. Mabus has authority to bring some into being, but for others, like extending maternity leave, Congress retains the final say.

Military Photo of the Day: USS Detroit Departs for Deployment

Research Suggests Having Kids Might Guard Against Alzheimer’s for Women