Importantly, the Cornell University-funded study found that both natural immunity and vaccines offer “strong and durable protection” against Covid-related hospitalization and death. 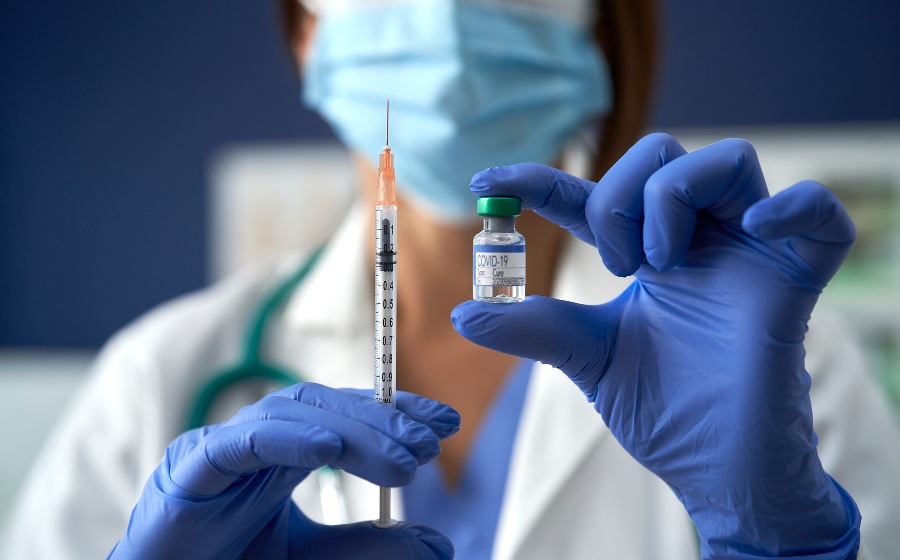 News reports say the Biden administration is currently weighing a plan that would allow all adults to receive a second Covid-19 booster, citing concerns from White House chief medical adviser Dr. Anthony Fauci about the spike in hospitalizations “fueled by the extremely contagious Omicron subvariants BA.4 and BA.5.”

Currently second booster shots are only offered to individuals over the age of 50.

LEMON: “That was my next question, I’m giving away my age because I’ve already had four shots, I’ve had two boosters, so I’m over 50.”

VIDEO – Lemon: Are We Going to Get a Fifth Vaccine Shot? https://t.co/6RhxG4yM3Q

The results of the study are a mixed bag for the vaccines.

The best news is that “any form of previous immunity, whether induced by previous infection or vaccination, is associated with strong and durable protection against Covid-19–related hospitalization and death.” (In other words, both vaccines and natural immunity reduce the risk of hospitalization or death from Covid.)

Also good news is that both the Moderna and Pfizer vaccines “enhanced protection among persons who had had a previous infection.”

“The combination of prior, full vaccination and prior infection was maximally protective,” researchers said in a summary of the study’s findings released last month by the Weill Cornell Medicine Newsroom. “Individuals with prior infection and three doses of either mRNA vaccine were, overall, nearly 80 percent protected from symptomatic infection during the Omicron wave.”

But the study also found that two doses of vaccines offered “negligible” protection against Omicron infection.

“A key finding was that a history of vaccination with the standard two doses of either the Pfizer or Moderna mRNA vaccine, but no history of prior infection, brought no significant protection against symptomatic Omicron infection,” researchers said.

In regards to the Pfizer vaccine, three shots offered considerably more protection. But the protection was still lower than natural immunity, which offered stronger and more sustained protection from infection than vaccination. (Researchers noted that “people with a prior-variant infection were moderately protected from Omicron with little decline in protection even a year after their prior infection.”)

Prior Covid infection conferred better protection against symptomatic Omicron *more than a year after infection* than 3 doses of vaccine >1 month after the third dose/boosterhttps://t.co/a6lLAYPbnJ pic.twitter.com/dMnyJBurTL

The findings are not unlike those out of Israel published last year, which found that natural immunity offered more robust protection against the Delta variant than vaccines.

“The natural immune protection that develops after a SARS-CoV-2 infection offers considerably more of a shield against the Delta variant of the pandemic coronavirus than two doses of the Pfizer-BioNTech vaccine,” Science reported in August 2021 in a piece exploring the Israel findings.

More than a dozen other studies also found that natural immunity offered powerful protection against Covid, equal to or stronger than vaccination.

“Among the most fraudulent messages of the CDC's campaign of deceit is to force the vaccine on those with prior infection, who have a greater degree of protection against all versions of the virus than those with any of the vaccines.”

‘The Foundation of All Rights’

While many institutions now consider Covid infection a form of immunization — including the NCAA, which in January changed its policy to accommodate athletes who’d had Covid — many have not. Thousands of soldiers have been discharged because of their vaccination status. Healthcare workers continue to face vaccination mandates in many places.

It’s time for all institutions — especially governments — to recognize vaccination choices should remain with individuals. The idea that freedom over one’s own body is the most basic and essential freedom is one embraced not just by libertarians like Ron Paul but by international leaders like Natalia Kanem, a physician who leads the United Nations Population Fund.

“Bodily autonomy is the foundation upon which all other human rights are built,” Kanem bluntly states.

All efforts to compel people to get vaccinated (or else) are coercive, and therefore wrong. But when the government, in particular, violates bodily autonomy for an alleged greater good, it betrays its very reason for being.

“The only proper purpose of a government is to protect man’s rights,” the philosopher Ayn Rand noted.

As more studies like the research published by The New England Journal of Medicine come out, it becomes more and more clear that vaccine mandates were not just immoral. They were senseless.

Fortunately, many are beginning to realize just that.

Believe the Science? Your Common Sense Knows Better Than That