Natasha Crain Can Help You Be Faithfully Different 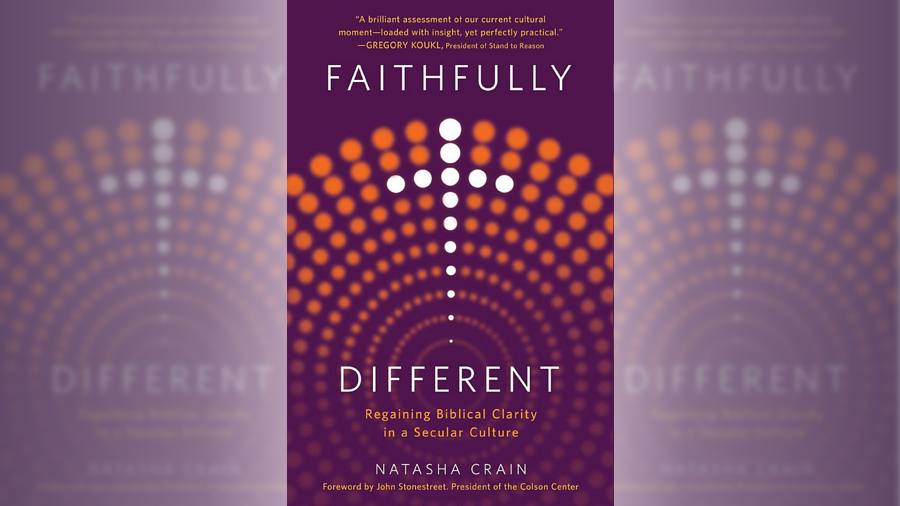 Natasha Crain’s new book, Faithfully Different: Regaining Biblical Clarity in a Secular Culture, was written to help believers understand and respond to the worldview divide between Christians and the culture — an important and needed task given what we’re currently facing as Christians. As Natasha explains (and backs up with data) at the beginning of the book:

Those who hold to a biblical worldview are now a shrinking minority in a secular culture, and that fact has significant (and often unrealized) implications for what it means to be faithful today. We need to regain clarity on how to respond, both for the sake of our own relationship with the Lord and for our ability to be a witness to others.

In light of the situation we find ourselves in, the question she sets out to answer in Faithfully Different is this: “How can we best be faithful to our calling in a world where it will never be normal to be a Christian — and in a culture where it’s becoming less and less so?” She proceeds to outline the foundational ideas of our culture that are currently shaping every area of our lives.

This can be eye-opening for those Christians (likely, most!) who have never stopped to think deeply about the culture in this way. I suspect it will lead to many “aha!” moments on the part of the readers as Natasha pulls all of the secular pieces together into a unified whole and the seemingly random craziness in the world starts to look much less random. Yet she does this all in a way that is quite readable and compelling (rather than academic and dry) for the average reader.

After this, the book is divided into three sections that call believers to “Faithfully Different Believing,” “Faithfully Different Thinking,” and “Faithfully Different Living.” Any Christian, but especially new and/or younger believers, would benefit from 1) thinking through the differences between Christianity and secularism detailed by Natasha and 2) examining themselves to see how they’ve been influenced in their beliefs, thoughts, and actions by the unbiblical ideas surrounding them.

One area of note is “Chapter 10: Revitalizing the Call to Biblical Justice,” where Natasha explains the basics of critical theory — ideas, methods, and the ways each is playing out in the culture — clearly and concisely. This, in particular, is something every Christian needs to understand, as it has become part of the air we breathe in this culture, and I thought she did fantastic work on this first half of the chapter.

I disagree with the conflation of “biblical justice” and generosity later in the chapter (something I’ve explained here in the past), and I think the chapter could have been enhanced by a discussion of the use of the term “justice” in the Bible as receiving what one has earned or is owed (as opposed to generous mercy) — i.e., rewards for good, punishments for evil, and proper adjudication between claims by those in authority. But I was happy to see she discusses God’s justice in those terms in a later chapter on the gospel message.

My only other caveat would be that I disagree with the briefly-mentioned idea that the Bible leaves open the possibility of inclusivism (something you may want to review with the people you share the book with if you also disagree), but overall, I found myself thinking over and over how valuable and helpful this book will be for the body of Christ. As a readable, interesting, and needed book, it would be a great selection for a small group or discussions with your teenagers.

If you’re interested in hearing more about Faithfully Different, make sure you listen to the Stand to Reason podcast interview with Natasha. Greg Koukl, host of the podcast, is a huge fan of the book, and I know you’ll find their conversation worth listening to.