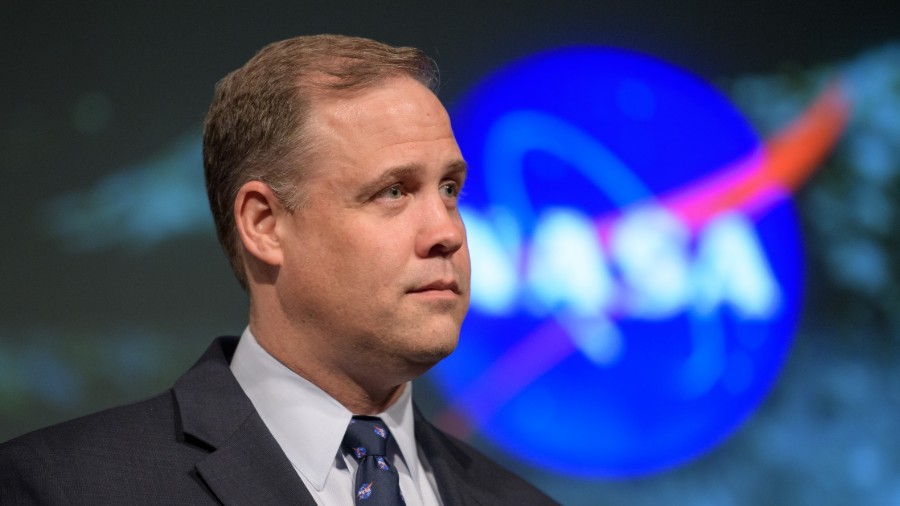 It doesn’t take a rocket scientist to understand the First Amendment. Or maybe, after the spat over a speech by NASA’s Jim Bridenstine, it does.

Thanks to the double standards of secularism, public officials can’t even talk about faith without making headlines. It’s no wonder, then, that when the head of America’s space program gave remarks at a Christian ministry, even he had trouble finding signs of intelligence in the criticism that followed.

Capitol Ministries, the organization that Bridenstine has supported for years, is hardly controversial. Nine of the president’s 15 Cabinet officials are sponsors of the ministry — whose aim is simple: influencing government with biblical teachings.

During his talk, Bridenstine even talked about the importance of that goal and what it means in the context of these times. “I love what Ralph said earlier: We’re not trying to Christianize the U.S. government. We believe in an institutional separation, but we also believe in influence. And that’s a big distinction and an important distinction, and that’s why I love this ministry.”

Bridenstine couldn’t have been more clear: No one in the Trump administration is trying to create a theocracy. They just want the same freedom to bring their personal views to bear on public policy that liberals have.

Still, secularists like Business Insider’s Dave Mosher seem intent on dragging Bridenstine through the mud for daring to talk about actual NASA history — like Buzz Aldrin’s communion on the moon and the Apollo 8 astronauts’ Bible reading in orbit.

In a 2,000-word rant about the faith of President Donald Trump’s team, Mosher insists that “Some ethics and legal experts outside NASA have expressed concern over Bridenstine’s speech. They believe it ran afoul of the establishment clause of the First Amendment, which outlines a separation of church and state, and might have also violated ethics rules for federal executives.”

Quoting people like Virginia Canter of Citizens for Responsible Ethics, Mosher tries to paint Bridenstine as a typical Establishment Clause abuser. “One’s personal beliefs must be respected, but when appearing in an official capacity, you have to adhere to certain ethical standards,” Canter explained. “One is not to give the impression that you are officially endorsing any products or service or enterprise.”

Funny, where was Mosher when former President Barack Obama was headlining political fundraisers for Planned Parenthood? Or worse, invoking God’s blessing on the abortion giant?

Everyone from Hillary Clinton to Speaker Nancy Pelosi, D-Calif., have not only endorsed the group’s “service” — but funneled hundreds of millions of taxpayer dollars to it. No one seemed to care when they appeared in their official capacities to preach the gospel of abortion. But put a Christian on the stage from the Trump administration — encouraging something as innocent as prayer — and they’re a walking ethics violation. This is NASA, for crying out loud. What are they worried about? Bridenstine sending astronauts to evangelize the galaxy?

If secularists are upset about Bridenstine’s speech, then they should have been shaking the White House gates over the last administration’s agenda for the space agency.

How quickly we forget those shocking comments in 2010 when Obama told NASA Administrator Charles Bolden that his new mission should be “to find a way to reach out to the Muslim world and engage much more with dominantly Muslim nations.”

If you’re looking for a textbook abuse of public office, I’d say start with the Obama administration. After that, giving a few remarks at a charity function seems like small potatoes.

But hypocrisy is the name of the Democratic game. Like Secretary of State Mike Pompeo and countless other Trump officials before him, Bridenstine is just the latest target of an intolerant left whose only goal is purging faith from public life and history.

If activists can’t get Christians to stay quiet, then they’ll try to drive them out of government altogether. That will be tough to do in this administration, thanks to the fearless leadership of Trump. If his team has learned anything, it’s how to stand up to bullies. That shouldn’t be hard for a man like Bridenstine. He was already light-years ahead of the opposition.