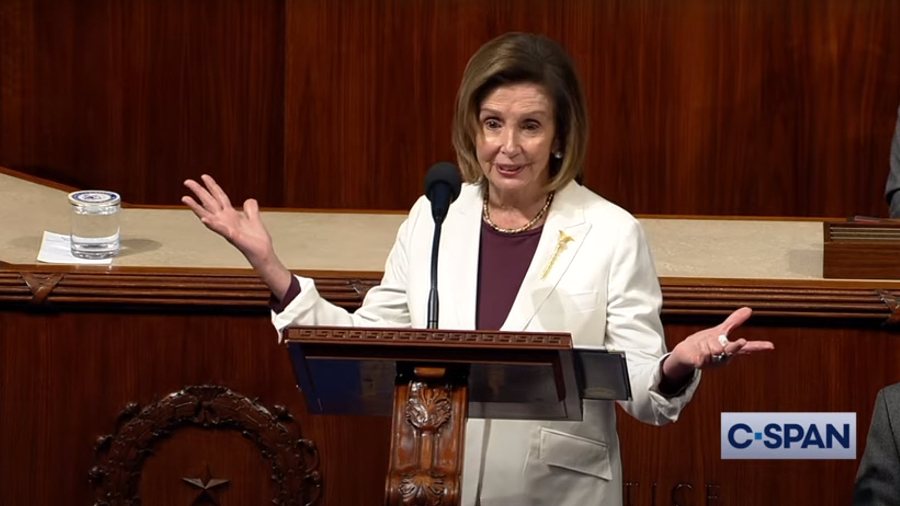 “With great confidence in our caucus, I will not seek reelection to Democratic leadership in the next Congress,” said 82-year-old Pelosi. “For me, the hour has come for a new generation to lead the Democratic caucus that I so deeply respect.”

The California Democrat made the announcement on the House floor on Thursday afternoon, describing herself as not only speaker of the house, but as a “wife, a mother, a grandmother,” a “devout Catholic,” and “a proud Democrat.”

She also made clear that she intends to continue serving as a representative of San Francisco, California, saying, “Now we must move boldly into the future.”

“For my dear husband Paul, who has been my beloved partner in life and my pillar of support, thank you,” added Pelosi, referencing a recent attack on her husband. “We’re all grateful for all the prayers and well-wishes as he continues his recovery. Thank you so much.”

The California Democrat’s announcement comes after she led congressional Democrats for almost 20 years and after Democrats lost control of the House of Representatives in the 2022 midterm elections.

She was the first woman to control the House of Representatives. Under her leadership, Democrats have pushed some of the most radical legislation the United States has ever seen, including the Women’s Health Protection Act and the Respect for Marriage Act.

This is breaking news story and may be updated.