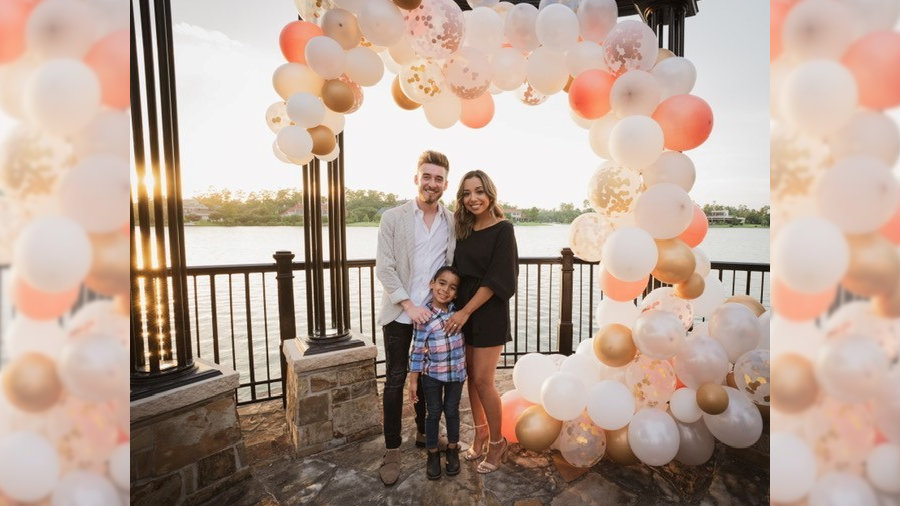 It all started when I was in kindergarten. There was a kid in my neighborhood named Carter. (He was a year older than I was.) I remember him kissing me one day while we were playing. Just a peck on the lips. It startled me, but we laughed it off and I didn’t think anything of it.

A few months went by and that lead to exploring other areas of our bodies. That would happen here and there with him in the coming years. We always kept it a secret. As we got older, these innocent encounters developed into intentional desires.

We quickly stopped around 5th grade. My parents are pastors so I grew up learning about Biblical truth. We began to understand and learn that boys don’t do that with each other.

In the last few years of our adolescent friendship, Carter shared with me that during those kindergarten encounters, he was replicating with me what a male family member had done to him. After that conversation, we never brought it up again.

We didn’t really talk much after he went into Jr. High. We grew apart and by the time we got to high school, I really didn’t know him anymore. From my perspective, everything in his life seemed fairly normal. He had girlfriends and played sports. He was fine from the outside. A normal dude.

As for me, behind the scenes, there was an emotional roller coaster that felt like it was derailing. I really loved playing soccer and basketball, but I was more into music, singing, and dancing. I had a few girlfriends here and there. But the relationships never really lasted. On the surface, I guess I looked okay too. But there was confusion and pain lurking in the background of my life.

I found something that became an outlet for me. Ballet. I know it sounds crazy and it’s not common for young men to dance, especially in Texas. But I loved it. My entire family is involved in ministry. I have an aunt and uncle who travel the world as evangelists. Another aunt, Cindy Ratcliff, is Joel Osteen’s senior worship leader. There are countless pastors and worship leaders. (Ministry is a family affair.) Ballet and dance became something that only I did. It was mine. It became a personal way for me to express myself, so I began training to be a professional dancer.

Walking Through a Door That Locked Behind Me

As I began to mature, I developed attraction to the same sex. This lead me to explore my sexuality and try things with other guys. Before I knew it, I had fully opened a door, walked through it and heard it lock behind me. I had allowed the devil to trap me in a mess.

It lead me from online relationships to real world sexual encounters. Sneaking guys into my house and sneaking around town. By the time I was 17, I couldn’t even count the number of men I had sexual encounters with. Those experiences lead me to trying drugs and doing things I never thought I would do. Sin does that.

I remember one day, my mom came downstairs into my room. She saw something on my phone and then proceeded to ask questions. We had a few encounters like this before. She would find something on my phone that made it obvious that I was struggling with my sexuality (whether it be conversations or apps). Each time I would repent and pray and think everything was okay. Then the temptation would creep back in and I would act on it. It was a cycle. That’s what happens when you don’t get to the root of sin.

This last time I managed to keep it a secret, and then I was caught. I remember telling my mom that this was “who I was” and “I wasn’t going to change.” Those were declarations the enemy wanted me to profess. I ended up running away that night. I lived with different people in my city.

Ready to Leave the Mess to God

Not long after that, I happened to be dancing in Dallas with our ballet company and I remember getting a call from my parents. They wanted to drive up from South Texas to come support me and watch me dance. It meant the world to me. After the performance they asked if we could have dinner. During the meal they shared with me that they wanted me to move home. They wanted to love me where I was at. What I didn’t realize is that they wanted to love me through my healing. Perspective changed for them.

They had a conversation with a family friend who shared with them that only through love can you see hearts turned.

I ended up moving home and during that time, my mom had gotten connected to Janet Boynes Ministries. Janet Boynes was coming down to speak at our church, but with the primary intention to get to know me. The week before Janet arrived, I went to youth camp with our church. The last night of youth camp I found myself standing in the back of the room. A longtime friend named Mikayela came up next to me. She noticed that the Holy Spirit was doing something in my heart. She knew the struggles I had walked through. She asked me, “Grayson, Are you ready to leave this mess here?” I said, “Yes.”

We walked up to that altar together. She was a friend who had prayed for my freedom for years. At that altar I broke in the presence of God. Looking back on it now, I realized that God was allowing me to break so He could put me back together. I surrendered all of the pain, the hurt, the lies, the deception, the addiction … I gave it to God. In that moment I found my freedom and began my process of healing. Now, freedom and healing are two different things. Freedom happens in an instant, but healing is a process.

In the coming days, I met Janet and she was someone who partnered with me to walk out that healing process. It wasn’t easy. There were ups and downs. Moments where I would stumble, but I never stayed down. Jesus always had an extended hand towards me if I would fall. Just like He did with Peter out on the water.

Now today as a 23-year-old man, I stand completely free and healed. I’m about to marry the most beautiful girl in the world. She is the one I am honored to be able to stand next to and do ministry with. I get to mentor and disciple young people all over our community. With an online community and following of over 340,000, I am now seeing young people healed and set free. I share my story and preach hope. You see the enemy tried to take me out. But my mess became my message. And nothing can stop the freedom that is being unleashed. Sin had collateral damage. What that family member did to Carter severely affected my life. But God is a God of redemption. My pain became my purpose.