My Response to Harvey Spevak, Executive Chairman of Equinox 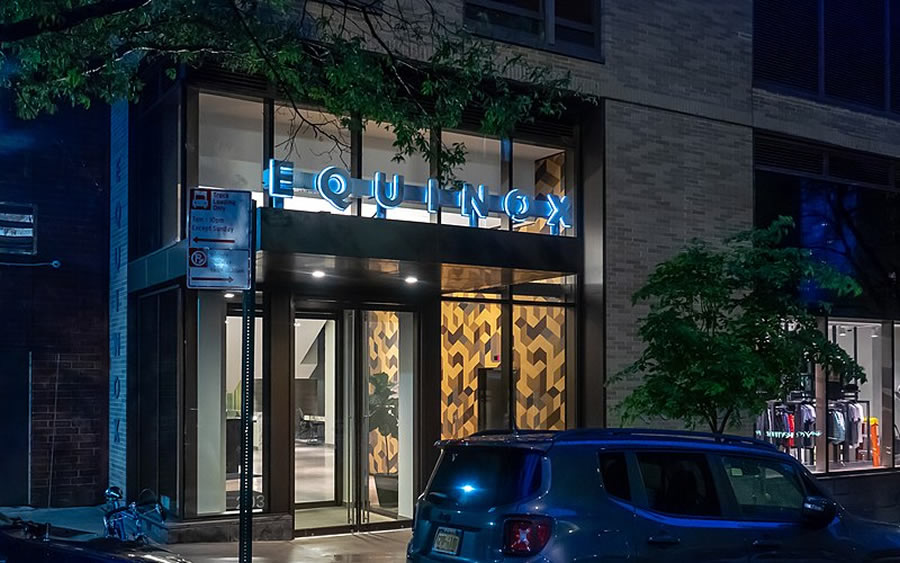 On Aug. 8, CNN headlined: “Owner of SoulCycle and the Miami Dolphins faces outrage and calls for boycott over Trump fundraiser.”

The report began: “The billionaire owner of Equinox is planning a high-dollar Hamptons fundraiser for President Donald Trump, leading to calls for a boycott of the luxury gym and its associated businesses SoulCycle and Blink Fitness.”

Examples CNN gave of this outrage included a tweet from comedian Billy Eichner — “Hey @Equinox — what’s your policy for canceling memberships once a member finds out your owner is enabling racism and mass murder?” — and from actor Conrad Ricamora — “Sorry @soulcycle … you can’t peddle ‘inspiration’ in your classes and have an owner funding hate and racism in the back room. Byyyeeeeeeeeeee.”

Additionally, CNN reported, “Equinox was added to a list of companies to boycott by Shannon Coulter, a self-described consumer advocate who manages Grab Your Wallet, a protest group that targets companies that support the Trump administration. … LGBTQ publications seemed to be especially offended.”

This, of course, is the way the left works. If you support what the left opposes, the left will do everything possible to destroy your name and your business. It doesn’t matter if you’re a billionaire like Stephen Ross or a middle-class family like the owners of Ristretto Roasters in Portland, Oregon. The wife of the coffee store owner said in her podcast, “#MeNeither,” “the idea that any charge any woman — or man — brings must be believed without question … where’s the logic in that? I believe we are better off judging any claim of harassment, like any other claim, on its own merits.”

For saying that, her husband’s business was targeted for destruction by leftists who harassed customers and called for a boycott. You can watch her story here.

A few days later, as a member of Equinox, I received an email from Harvey Spevak, executive chairman and managing partner of Equinox. This is part of what he wrote to “Our Equinox Community”:

“The last week has been difficult for all. I am sorry for the impact it has had on our community … I have been in our clubs listening to our teams and members. I really appreciate the open and honest feedback I received. It’s been heartfelt and, in many instances, emotional. I’m proud that even during this difficult time our community is one that listens and respects each other.

“Many of you have asked for clarification on Stephen Ross’s investment in Equinox. Mr. Ross is not the majority investor in Equinox. He is one of the investors including myself. He does not run the company. I do. …

“When I joined Equinox over 20 years ago, I worked with our then small team to create values that would guide us forward. They are the foundation of our culture, a culture based on equality, diversity, inclusivity, integrity, empathy and mutual respect. A community where everyone is welcome. … We have been a proud partner of House Lives Matter, supporting the House Ballroom Community comprised of sexual and gender minority people of color (LGBTQ and gender non-conforming). …

“I want to thank our amazing team and all they do in service of you, our members. It pains me to see how this has been impacting them and I am truly grateful for their commitment, passion and dedication. We will continue to listen to your thoughts and ideas, and while we have a lot of work to do, I am confident that together we will come out a stronger community.”

So, here is my response:

As a member of Equinox who has spent tens of thousands of dollars in membership fees and personal training, I want you to know how highly I regard Equinox. It is a class act. You, however, are not. It is not a class act to throw your partner under the bus in order to curry favor with America’s bullies — left-wing organizations who seek to crush all dissent, from the university to big and small businesses — and the morons in Hollywood who accuse America of engaging in mass murder.

Moreover, I do not believe much of what you wrote.

I don’t believe you “have been in our clubs listening to our teams and members.” What I believe is you listened only to those who hate the president of the United States.

I don’t believe you received “open and honest feedback.” You received feedback only from people who hate the president and who would work to destroy your beloved Equinox if you didn’t do exactly what they want.

You could have shown courage and a commitment to the American way of life by honoring the right of fellow Americans to hold different political opinions without fearing they would lose their business.

You could have explained that as you really do believe Equinox is a community committed to “diversity, inclusivity … and mutual respect,” this also applies to conservatives.

Had the left forced you out of your Equinox position, I suspect that would not have rendered you a poor man. But you would have kept your soul. As it is, you will be remembered as just one more frightened executive who fed the totalitarian beast at a time when courage was most needed to keep America the land of the free.

Dennis Prager, clearly an unwanted member of the “Equinox Community.”