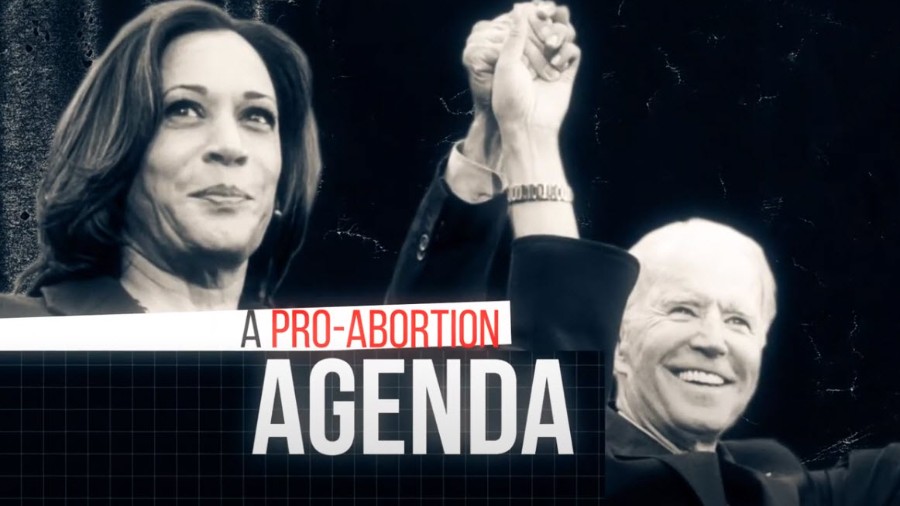 The former vice president announced Tuesday that Harris would be running with him in his bid for the White House. Harris has a long history of advocating for increased abortion access and against pro-life policy: she has voted against abortion bills that protect the unborn after 20 weeks of pregnancy and voted against protecting babies born alive after failed abortions.

As a presidential candidate, Harris promised to codify Roe v. Wade, require judicial nominees to support Roe v. Wade, to repeal the Hyde Amendment, to require private insurers to cover abortion and contraception, to make abortion drugs and birth control available over the counter, to ban abstinence only sex ed, to preserve funding for Planned Parenthood, and much more. She also said she would not consider a running mate who opposed abortion rights.

“Together,” SBA List President Marjorie Dannenfelser said in a statement provided to the Daily Caller News Foundation, “Biden and Harris constitute the most pro-abortion presidential ticket in American history.”

Dannenfelser, who also serves as national co-chair of Pro-Life Voices for Trump, said in the statement that Harris is “an extremist who supports abortion on demand through birth, paid for by taxpayers, and even infanticide,” also referencing Harris’ treatment of Daleiden.

“It is no surprise Joe Biden chose such an extremist as his running mate,” Dannenfelser added. “If elected, they will immediately begin rolling back President Trump’s pro-life gains, as well as longstanding policies like the Hyde Amendment. They will stack the Supreme Court with pro-abortion ideologues, setting the pro-life cause back for generations.”

“Biden has picked Kamala Harris to run as his VP Harris abused her power as CA Attorney General to raid the home of @daviddaleiden,” Rose tweeted. “She prosecuted pro-life journalists when they dared investigate @ppfa’s selling of baby parts. She supports killing babies up until birth.”

BREAKING: Biden has picked Kamala Harris to run as his VP

Harris abused her power as CA Attorney General to raid the home of @daviddaleiden. She prosecuted pro-life journalists when they dared investigate @ppfa’s selling of baby parts. She supports killing babies up until birth.

In a statement provided to the DCNF, March for Life President Jeanne Mancini warned that Biden’s pick leaves “no room for doubt; he is the abortion candidate, leaving behind any semblance of being a moderate.”

She continued, “And sadly this Democratic ticket is perhaps the most pro-abortion in history, in favor of radical abortion policies out of touch with mainstream Americans like abortion on demand through all nine months of pregnancy and paid for by taxpayers.”

Mancini added that a Biden and Harris presidential administration will lead to “a profound lack of protection and respect for the most vulnerable Americans, the unborn.”

Harris and Biden formerly clashed over abortion during the July 2019 Democratic debates as opponents for the Democratic nomination. Harris pointed out that Biden had recently flipped on the Hyde Amendment, which bans the use of federal funding for abortions except in cases of rape, incest or if the mother’s life is in danger.

“You made a decision for years to withhold resources to poor women to have access to reproductive health care, including women who were the victims of rape and incest,” Harris told Biden. “Do you now say that you have evolved and you regret that?”