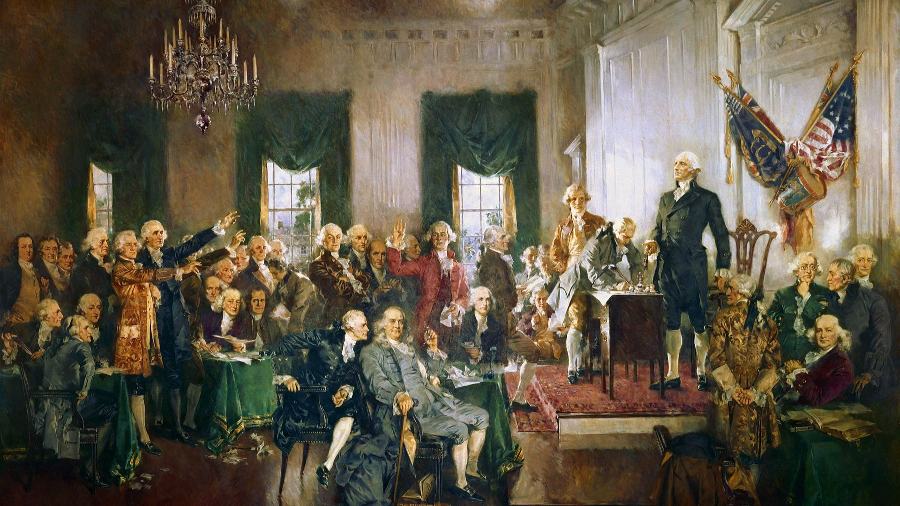 I hope you’re having a great 4th of July week, but between the celebratory fireworks on one hand and the anti-American political fireworks on the other, let’s take just a moment to reflect on what Independence Day really means and how it led to the freedoms and blessings that far too many Americans fail to appreciate these days.

A Bloody Revolution — And More Heated Battles to Follow

Most historians (not The New York Times writers, but real historians) mark the beginning of America as the signing of the Declaration of Independence on July 4th, 1776. But in truth, there was still a long road to travel before America as we know it came to be. First, of course, there was the matter of fighting a bloody revolution against Great Britain, one where victory was an overwhelming longshot, and win or lose, the leaders risked their lives, honor and fortunes. Victory was followed by more heated battles over what kind of government we would have.

Maybe because so many of the framers were also farmers, they understood that like weeds, government tends to grow and grow, choking out the productive crops — and like a bull, it will trample you if you don’t corral it.

Our forefathers finally agreed to a blueprint, the Constitution, that wasn’t even introduced until 1789 — over 13 years later. Today, many Americans take those hard-won freedoms very lightly and seem eager to trade them away for false promises of security. Many can’t even name the freedoms guaranteed by the Bill of Rights. Maybe they’d cherish them more if they knew how close they came to not having them at all.

A Constitution Without a Bill of Rights?

Did you know that the Constitution very nearly got passed without the Bill of Rights? Even some of the wisest of our forefathers thought a Bill of Rights was a dangerous idea. Alexander Hamilton argued that it was risky to list the rights the government couldn’t take away, because then politicians might try to grab any and every power that wasn’t specifically prohibited to them. (Apparently, the ability to rap wasn’t the only way Hamilton predicted the 21st century.) He and many others also felt that a Bill of Rights was unnecessary: since nobody was surrendering their God-given rights by agreeing to the Constitution, there was no need to list them, right? Hamilton wrote, “Why declare that things shall not be done which there is no power to do?”

It’s ironic that Hamilton made that argument. Later on, as the first Treasury Secretary, he cited powers that the Constitution merely implied that the government had in order to take on debt, create a federal bank and impose unpopular taxes. Over a century later, when the federal income tax was passed, some lawmakers wanted to include a 10% limit, but they were voted down. Opponents scoffed that it was absurd to think the government would ever steal as much as 10% of an American’s hard-earned wages. Flash forward just 30 years, and they were happily taxing away 94%. So just imagine how few freedoms we’d have today if they’d listened to Hamilton and decided it wasn’t necessary to put specific limits on government power.

Luckily for us all, Thomas Jefferson won the argument, and the Bill of Rights was added. They even included the 9th amendment, which I’ll bet most people can’t even describe. Here’s what it says:

The enumeration in the Constitution, of certain rights, shall not be construed to deny or disparage others retained by the people.

It means that just because some God-given rights aren’t specifically listed, that doesn’t mean the people cede them to the government. Maybe because so many of the framers were also farmers, they understood that like weeds, government tends to grow and grow, choking out the productive crops — and like a bull, it will trample you if you don’t corral it. (Also, it produces the same thing a bull does.)

So if we want to preserve our freedoms, and keep government limited, maybe we should send more farmers to Washington — and fewer lawyers.