Chili's center-right President Sebastian Piñera has been given high marks for his handling of the COVID-19 pandemic. Will it help him fight off the leftists' efforts to gut Chili's constitution? 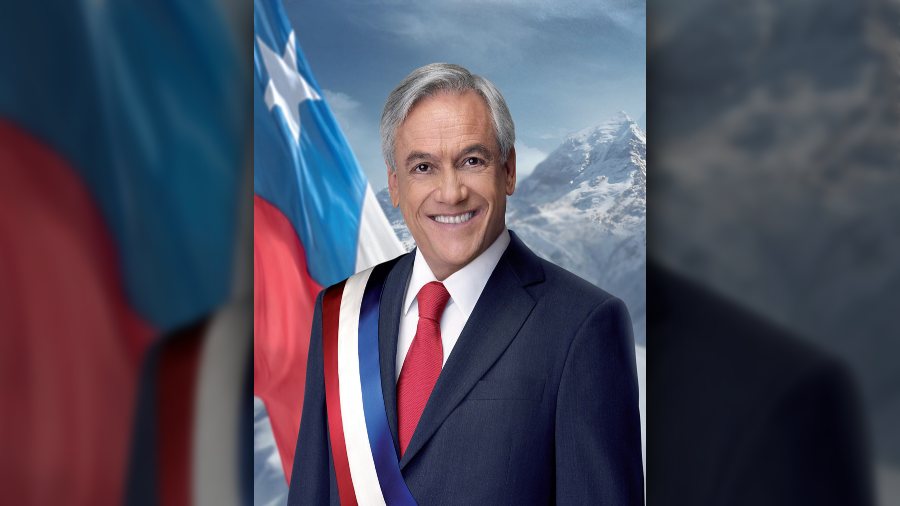 Although it has faltered, Chile continues to lead South America in having a free economy, according to the 2021 edition of The Heritage Foundation’s annual Index of Economic Freedom.

As reported by The Wall Street Journal, Chile also leads South America in the race to achieve herd immunity from the COVID-19 pandemic.

Those two developments are not likely coincidental.

Chile’s overall ranking in the latest Index of Economic Freedom dropped to No. 21 out of 178 countries. Its economic freedom score of 75.2 was 1.6 points lower, primarily because of a decline in investment freedom.

Economic freedom in Chile generally has declined since 2013, when the country’s economy was on the verge of joining the ranks of the free — the top category in Heritage’s index. This year, Chile is even more firmly planted in the second-place category of mostly free.

The biggest threats to future economic freedom in Chile could emerge from adopting a new constitution that mandates higher taxation, higher government spending (including an expansion of the social welfare system), and other laws that would have a negative impact on indicators in Heritage’s index.

Piñera may have the last laugh, however, in light of a resurgence in popularity because of his skillful handling of the COVID-19 pandemic. The Washington Post writes:

Chile is now near the top among countries at vaccinating its population against the virus. With more than 25% of its people having received at least one shot, the country of 19 million on South America’s Pacific coast is the champion of Latin America, and globally it is just behind Israel, the United Arab Emirates and the United Kingdom.

Immediately after declaration of the pandemic in March 2020, Piñera ordered formulation of a plan to vaccinate all Chileans.

As Vox reported, “the different ministries of Sebastian Piñera’s government — science and technology, health, and international affairs, just to name a few—all coordinated on a plan to seek out safe and effective vaccines.”

Why was that plan so successful?

Because Chile’s economic freedom tracks with greater availability of money and resources.  The World Bank reports that Chile had the second-highest gross domestic product per capita in South America in 2019 (the latest year available), after Uruguay.

The Washington Post reports that some political observers in Chile expect Piñera to enjoy a boost in his approval ratings because of his outstanding performance in providing COVID-19 vaccinations.

Leftists Pushing to Rewrite the Constitution

Chile’s president needs all the help he can get. Since taking office again in March 2018, Piñera has been slammed continuously by political opponents. The left’s relentless attacks took a heavy toll on his poll numbers.

Five months of violent protests late in 2019 and early in 2020 led to more than 30 deaths. The widespread turmoil, which generated calls for the state to broaden the social safety net, had a negative impact on economic growth.

In an October 2020 referendum, nearly 80% of voters approved a proposal to rewrite or abandon Chile’s constitution.

Rewriting the constitution is exactly how the late Hugo Chávez launched his hostile takeover of formerly democratic Venezuela in 1999 — under the guise of “21st century socialism.”  Now, Chávez’s capo de regime, Nicolás Maduro, wields an iron fist to rule Venezuela as a criminal enterprise, helped by many Cuban advisers.

Chavista acolytes mimicked that path to seize authoritarian power in Bolivia (Evo Morales) and Ecuador (Rafael Correa), much to the later misery of the citizenry. Turns out that socialism in practice today doesn’t work any better than it did in the old Soviet Union.

In the 2021 Index of Economic Freedom, Chile continues to be ranked No. 2 among 32 countries in the Americas region. Its overall score is well above the regional and world averages.

Will the largely market-based and democratic system that produced this enviable result survive?  The Chilean people will decide.

Cristian Lopez, a recent graduate of Florida International University, is a member of the Young Leaders Program and a research intern in the Center of International Trade and Economics at The Heritage Foundation.

James M. Roberts is the research fellow in freedom and growth at The Heritage Foundation’s Center for International Trade and Economics. Roberts’ primary responsibility is to produce the Index of Economic Freedom, an influential annual analysis of the economic climate of countries throughout the world.