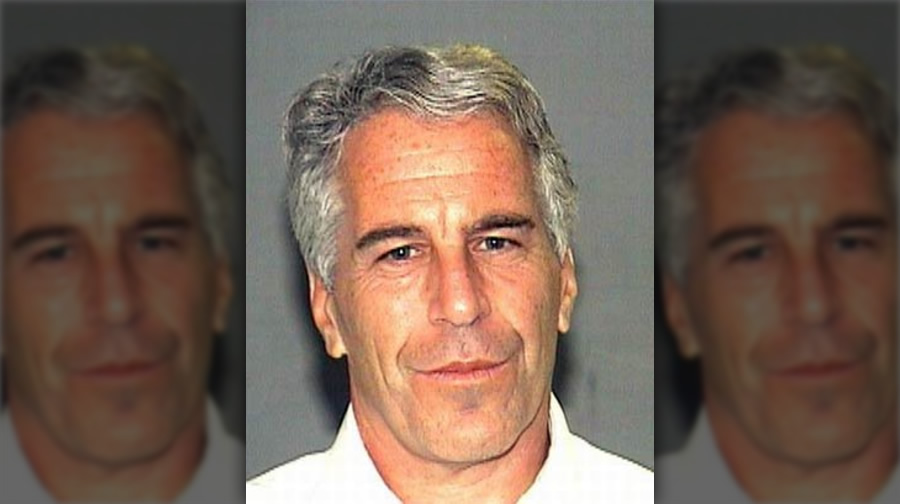 Mug shot of Jeffrey Epstein made available by the Palm Beach County Sheriff's Department, taken following his indictment for soliciting a prostitute in 2006.

Nobody should rejoice at the downfall and death of any man. However, the tragic fate of Jeffrey Epstein has revealed both the end point of our hyper sexualized society and the hypocrisy at its heart.

In an interview from 2018, Epstein discussed his attraction to teenaged girls and defended his sexual adventures. The billionaire insisted that his desires were perfectly natural and that sexual standards across the ages and cultures were flexible. The New York Times’ James Stewart reports,

He said that criminalizing sex with teenage girls was a cultural aberration and that at times in history it was perfectly acceptable. He pointed out that homosexuality had long been considered a crime and was still punishable by death in some parts of the world.

Stewart was absolutely correct. The standards for acceptable sexual behavior have been different at various times and different cultures. The ancient Greeks seemed okay with sex between older men and teenaged boys. We’re not. They may have accepted man boy love, but they considered sex between grown men disgusting. We’re different. We reject sex between men and teens, but are expected to celebrate sex between two men.

Epstein was right. In other cultures and times, relations between older men and teenaged girls has been considered natural. Now we disapprove. In some Islamic cultures, not only can a man take a girl bride but he is also permitted to have concubines and as many wives as he can afford. We abhor harems and bigamy.

We can recognize that Epstein was right in his observation. That doesn’t mean we’re condoning his conclusion. He was wrong to bed teen beauties, but what our secular society doesn’t understand is that, other than emotionally charged headlines, they don’t really have a basis for condemning Epstein.

Epstein was vilified for using teen girls for his pleasure, but teens are being sexualized everywhere in our culture. The double standards in this debate are rank. We allow our daughters to dress provocatively and we laugh at the teen boys who are “just sowing their wild oats.”

In such an environment, is it any wonder that a priapic predator like Jeffrey Epstein thought he was doing no wrong?

The basic assumption in our culture is that sex is merely an enjoyable past-time. Like tennis, if you have a good partner, you can have a good time. In our secular, over-sexualized society, once a person reaches puberty it’s expected that they will become not only sexually active, but enthusiastic.

In such an environment, is it any wonder that a priapic predator like Jeffrey Epstein thought he was doing no wrong?

Is Consent the Only Guideline?

What no one is bothering to ask is, “Why were Jeffrey Epstein’s crimes so terrible, but everyone else’s sexual playtime is just hunky dory?

The standard response is, “The girls were under age. They were pressured into sex without consent.” But Epstein would have likely retorted, “The girls consented. They were already sexually active young women.” Were some of them below the age of consent? He’d say “Often the girls lie about their age in order to have a good time.”

We should face the sexual free-for-all our society has become. This “values free” society is the result of the sexual revolution.

Are there any boundaries in our society’s current sexual free-for-all? Are an age threshold and “consent” the only guidelines? If two people are over the age of sixteen, is it “anything goes”? What about extreme perversions and violence? A few years ago, a gruesome case in Germany highlighted the limits of consent. Two men signed a pact in which one agreed to be murdered and cannibalized by the other. Both men were consenting adults.

Obviously, adult consent is not the only moral standard.

It has produced broken hearts, broken marriages, broken lives and broken families. It has produced a surge of sexually transmitted diseases and, through abortion, ended millions of young lives.

Epstein was right that there have been varied sexual standards across different cultures. However, in every culture in every time, there have been standards. The standards may have varied, but there has never been a civilized society where everything is permitted. There have always been boundaries.

What Is Sex For?

A civilized people restrain themselves and demand restraint and self discipline of others. In order to establish boundaries, we need to first ask ourselves what sex is for. The natural order tells us the sexual instinct is for procreation. Religion tells us that sexual union also strengthens the loving relationship between a man and woman.

Therefore, in a civilized society, the laws and morals are designed to help nurture and encourage these two uses for sexuality. They direct and discipline the wildfire instinct towards a structure that builds true happiness.

For thousands of years we have called that civilized structure “marriage” — a beautiful and commodious sacrament between one man and one woman for life so through their union they might bring forth life and learn to love truly and deeply.

Read Dwight Longenecker’s blog, listen to his podcasts and be in touch at dwightlongenecker.com