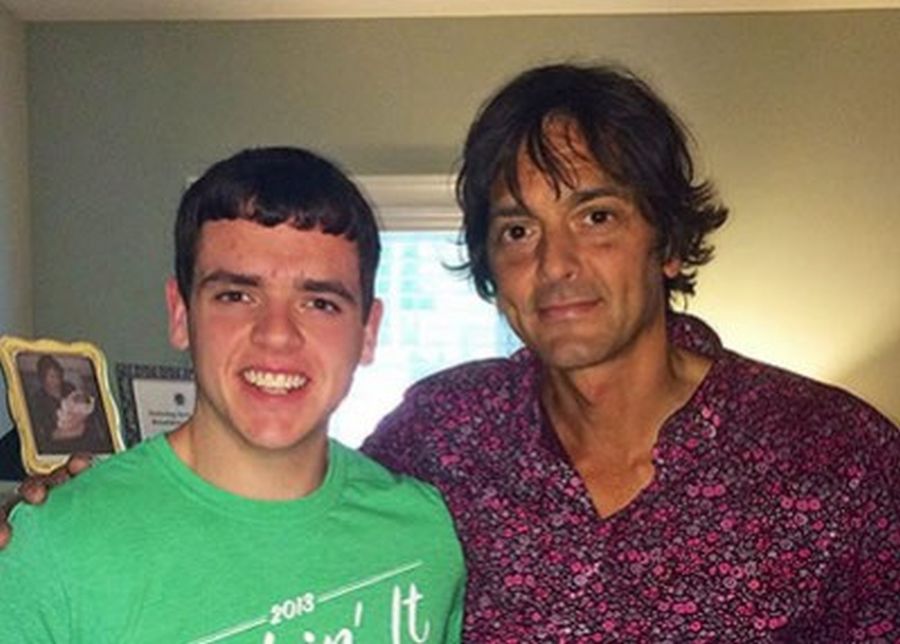 PARIS (AP) — The first inkling Mark Moogalian had that something was amiss on a high-speed train traveling from Amsterdam to Paris was when he saw a man dragging his suitcase into the bathroom.

“I saw a young guy who looked strange, dragging a big, wheeled suitcase. It was unusual, strange,” Moogalian said in an interview from his hospital bed published in Paris Match magazine on Wednesday.

Moogalian was shot and seriously wounded trying to stop a gunman armed with an assault rifle from moving through the train on Friday. The attacker was eventually overpowered by other passengers, including three American friends on vacation.

Noticing that the man seemed to be spending an unusually long time in the toilet, Moogalian went to investigate.

“I saw him come out of the toilet and another guy, who looked young, had grabbed him from behind and was trying to control him,” Moogalian said in the magazine interview.

Telling his wife to get to safety, Moogalian rushed at the gunman and wrenched an AKM assault rifle from his grip.

“I’ve got the weapon!” he yelled, and just then a shot rang out.

“I felt a giant pain in the back. I fell down between the seats. I dropped the weapon as I fell. I didn’t know he had a handgun,” Moogalian said.

The 51-year-old American musician and teacher, who has lived in France for more than two decades, was seated across from his wife in Wagon 12 on the high-speed train that had pulled out of Amsterdam’s main station just over two hours earlier.

His wife, Isabelle Risacher Moogalian, told Europe-1 radio on Tuesday that “when my husband collapsed, I saw across the seats. He looked at me and he said ‘I’m hit, I’m hit.’ He thought it was over and he was going to die.” The bullet struck him in the back and exited through the neck.

Speaking on France 2 television, Risacher Moogalian also heaped praise on Spencer Stone, one of the three Americans who helped subdue the attacker.

As Stone administered life-saving first aid on her husband even while bleeding profusely from his own wounds, he “spoke to him like it was his friend,” she said. “‘Hey man, after this we’re going to go have a beer. Where are you from? Virginia? I’m from California, don’t worry it’s going to be fine.'”

Moogalian has emerged as another hero in the high-speed train attack thwarted by a group of quick-thinking men. According to French President Francois Hollande, a Frenchman was the first to encounter the gunman as he left the toilet, alerting others in the area. That person, Hollande said, wished to remain anonymous.

Moogalian remained hospitalized Wednesday in the northern city of Lille, and his sister said his role in trying to stop what French authorities are calling a terror attack was in character.

“Mark is one of the most compassionate people I’ve ever known. He’s a free spirit. When he sets his mind on what he wants to do, he just does it,” his sister, Jacqueline Moogalian-Pittman, said from Austell, Georgia.

Lying on the floor of the train compartment, Moogalian watched as the attacker approached and picked up the rifle. “He’s going to kill me, I thought,” Moogalian said. Closing his eyes to play dead, he then heard two individuals rush past and tackle the gunman.

French authorities have charged a 26-year-old Moroccan suspect, Ayoub El-Khazzani, with terrorism offences in the attack.

Moogalian runs a language school from a houseboat on the outskirts of Paris, according to the school’s website. Music and art are clearly his passions, as his personal website attests, with its range of sculpture, paintings, photos and downloads of music he performs in a duo with his wife. In the couple’s biography, they describe themselves as “largely bicultural, bringing the best of both worlds.”

This story corrects the spelling of the city in the U.S. state of Georgia to Austell, not Austel.