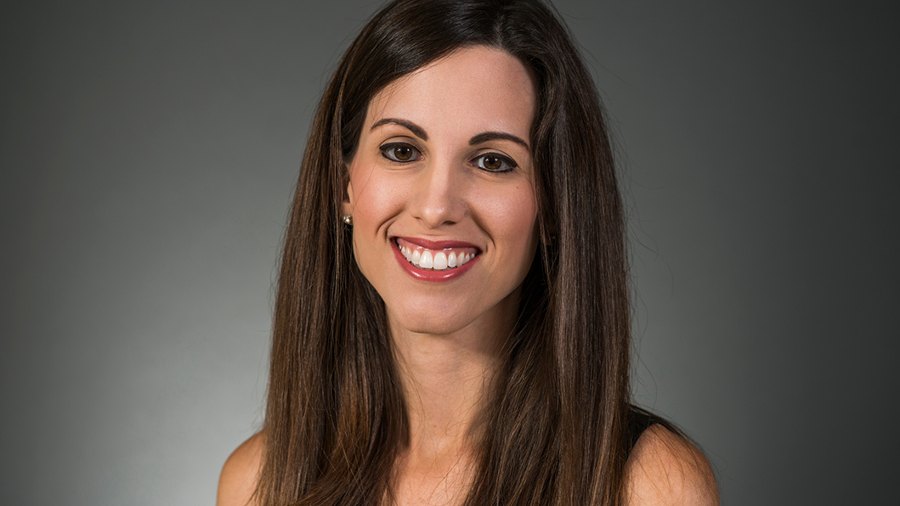 Nicole Solas was shocked to learn that her local school board was considering legal action against her for requesting public records about including critical race theory and gender ideology in the curriculum.

Nicole Solas was surprised to find her name listed on the meeting agenda of her local school board, especially since it said the board was considering taking legal action against her in response to her many requests for public records.

The Rhode Island mother of two began filing records requests with the South Kingstown School District several months ago, when she learned that teachers were incorporating critical race theory and gender ideology in the curriculum.

But she didn’t expect the school board to talk about suing her.

“I was shocked,” Solas, 37, told The Daily Signal in a recent phone interview. The school board, she said, “did not tell me that [the requests were] a problem.” 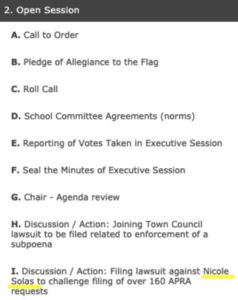 The school board took a portion of the meeting to discuss Solas’ many requests under Rhode Island’s Access to Public Records Act. Solas’ requests focus on gaining information about what the school system teaches students relating to critical race theory and gender ideology.

“More than 200 APRA requests have been filed by a single individual in just the last few weeks alone,” Emily Cummiskey, board chairwoman at the time, said June 2 in a formal statement.

Cummiskey added that fulfilling Solas’ requests would take “more than 300 hours of our district’s time” and distract from “efforts to make our schools more equitable, inclusive, and empowering by eradicating any harmful practices or prejudices through equity and anti-racism teachings.”

Four days after The Daily Signal inquired about Solas’ concerns, the school district’s superintendent stepped down June 28 without answering the request for comment.

Critical race theory, which has become a major concern of parents in school systems across the nation, incorporates Marxist theories of oppressor versus oppressed. It “ultimately defines all history and human interactions as a perpetual racial conflict,” as The Daily Signal’s Jarrett Stepman has written.

Solas enrolled her oldest child in kindergarten in the South Kingstown School District in March. She then called the principal of the elementary school to schedule a tour and ask a few questions about the curriculum before her daughter begins school in the fall.

At the end of the call, Solas asked the principal whether the school, whose name Solas wishes to keep private, taught anything related to critical race theory or gender identity.

She said she was told that concepts related to critical race theory and gender ideology are integrated into lessons.

Teachers “don’t call the children boys or girls,” Solas said the principal told her. “They refrain from using gender terminology.”

Solas also learned that a South Kingstown kindergarten teacher “asks 5-year-olds ‘what could have been done differently on the first Thanksgiving’ in order to build upon a ‘line of thinking about history,’” the mother wrote in a recent article for Legal Insurrection.

Solas told the elementary school principal that she would email her a list of questions because she wasn’t receiving the answers she was looking for over the phone.

After she emailed the principal, school leadership asked Solas to submit requests for public records to gain the answers.

She began submitting those requests, and the school district was in “constant contact” with her about costs and other aspects, Solas told The Daily Signal.

“They would respond either with an estimate, [or] sometimes they would give me documents for free,” she said.

The school district “may charge a fee of fifteen cents ($.15) per page for copies and/or fifteen dollars ($15.00) per hour, after the first hour, for search and/or retrieval of documents,” according to the South Kingstown Public Schools website.

But she wasn’t notified about an issue with the number of requests until she learned that the school board, formally called the South Kingstown School Committee, was considering taking the legal action against her, Solas said.

“You told me to submit public record requests to answer my questions,” Solas told school board members, according to a recording of the June 2 meeting. “I did what you told me, and now you are holding a public meeting to discuss suing me for doing what you told me to do. This meeting was meant to publicly humiliate me, and it didn’t work.”

The school board meeting “felt like my show trial,” Solas told The Daily Signal.

During the meeting, her requests for public records were displayed on a large screen and categorized by type, she said.

“It felt like they were examining exhibits to enter into evidence against me,” she said.

The school board ultimately voted unanimously not to file a lawsuit against Solas, agreeing to seek mediation first.

Cummiskey stepped down six days later as chairwoman of the South Kingstown School Committee before announcing her resignation from the board entirely during a meeting June 22.

In an impassioned speech, Cummiskey said she hopes all the people of South Kingstown “realize the damage that’s being done every single day that you all choose not to try to come together.”

“We are in a dangerous place … and if everybody does not take a deep, freaking breath, we are going to be in real trouble,” she said.

Christie Fish, who was vice chairwoman of the board, resigned from that position following the June 2 meeting, but remains a board member.

Neither the South Kingstown school board, nor the school district’s superintendent, Linda Savastano, responded to The Daily Signal’s email request June 24 for comment on specific issues raised by Solas.

Without specifying reasons, Savastano announced her resignation as superintendent June 28, four days after The Daily Signal’s inquiry. In a written statement, she said in part: “I know that this is the best decision for all involved.”

The school board unanimously approved a “separation agreement” with the superintendent after just under two years, reported The Independent, a local newspaper.

Earlier in June, Solas said she paid the school system $300 for different pieces of information, including the emails of a school board member. She said she has received only a portion of the information requested, but what the school sent is useless.

“I received completely redacted emails,” Solas told The Daily Signal in an email Friday. “Everything is blacked out except for some spam and advertisements. The school even redacted the dates of emails so it is impossible for me to know whether these emails are from the time period I requested.”

After the June 2 meeting, the school board got in touch with her attorney and “asked me to send them a prioritized list of which [documents covered by the Access to Public Records Act] I wanted first,” Solas told The Daily Signal in an email June 24.

“In an effort to be reasonable,” she said, “I asked them to instead send me a prioritized list of APRAs with deadlines they can manage.”

The school board responded by asking for a 60-day extension on responding to her outstanding requests for records, Solas said. She rejected the offer, she said, because she considered it “not an offer at all.”

The school board “defamed me in a public meeting on June 2 and then later demanded I wait an extra 60 days for them to respond to my APRA requests,” Solas told The Daily Signal, adding:

They made no offer to waive any fees associated with [my] purchasing the information 60 days late, and they gave me no prioritized list of APRAs. There was nothing in this offer for me after they treated me so deplorably.

This is an offer of noncompliance, and it was so unreasonable that I said I was not interested in further negotiation of my civil right to access public information after such deplorable treatment.

In early July, Solas said, she paid for another $600 worth of information after receiving a $1,000 donation from an anonymous source.

Parents should get involved and find out what is being taught to their children, Solas said, because the “risk of retaliation is worth your kids.”

“The people who work at schools are just ordinary people like us, and we should not have to be afraid of them,” she said.