Mom Arrested, Daughter Taken to Hospital After Confrontation With Police Over Masks 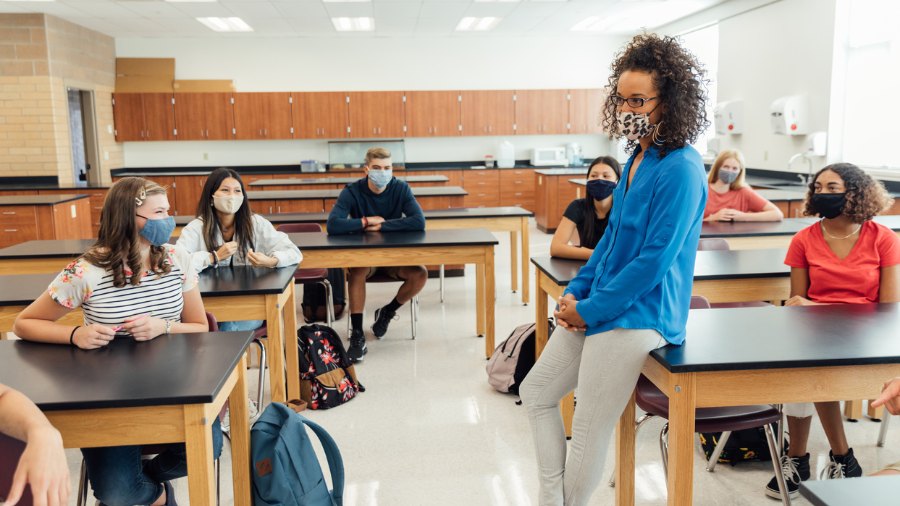 A woman was arrested and her daughter tackled by school board police after refusing to wear a mask at a Florida school board meeting Tuesday, ABC Action News reported.

Kari Turner took her daughter, Alea Kench, to a Pinellas County School Board meeting that addressed mask requirements in the classroom, according to ABC Action News. Kench planned on arguing against the policy in front of the board, according to 8 On Your Side

When trying to leave the meeting, parents and kids were stopped by police if they were not wearing a mask while walking through the building, the Tampa Bay Times reported.

It was a lovely day at the Pinellas County School Board meeting, until it wasn't. https://t.co/2h14xpfEFM

Debra Williams, a Pinellas mom, claims an officer held up handcuffs and chased her from the building, the Tampa Bay Times reported.

Williams witnessed the officers blocking another parent, Sam Stefano, from leaving the building. “They were holding her. They would not let her leave,” Williams said, per the Tampa Bay Times.

Stefano posted a video of the situation on Facebook, according to the Tampa Bay Times, writing “I was blocked at the top of the stairs because I took my mask off while leaving.”

Turner allegedly refused to wear a mask, ABC Action News reported. She was arrested while her two children watched, per the Tampa Bay Times.

Stefano wrote in her Facebook post that she witnessed Turner’s daughter being reportedly “tackled to the ground screaming for her mom,” per the Tampa Bay Times.

Turner’s husband, Jeremey Kench, said police hurt his daughter’s hand to such an extent that he ended up having to take her to the hospital, 8 On Your Side reported. Turner is being charged with trespassing, disorderly conduct, and battery, according to 8 On Your Side.

The school’s mandate extension passed 4-1 indefinitely, with plans to revisit the issue every three months, 8 On Your Side reported.

The school board police did not immediately respond to The Daily Caller News Foundation’s request for comment.

The Accidental Homeschooler: Actress Sam Sorbo Teams up With Texas Homeschool Coalition to Provide Resources, Support During the Coronavirus Outbreak