Why We’re Misunderstanding the ‘Judge Not’ Command 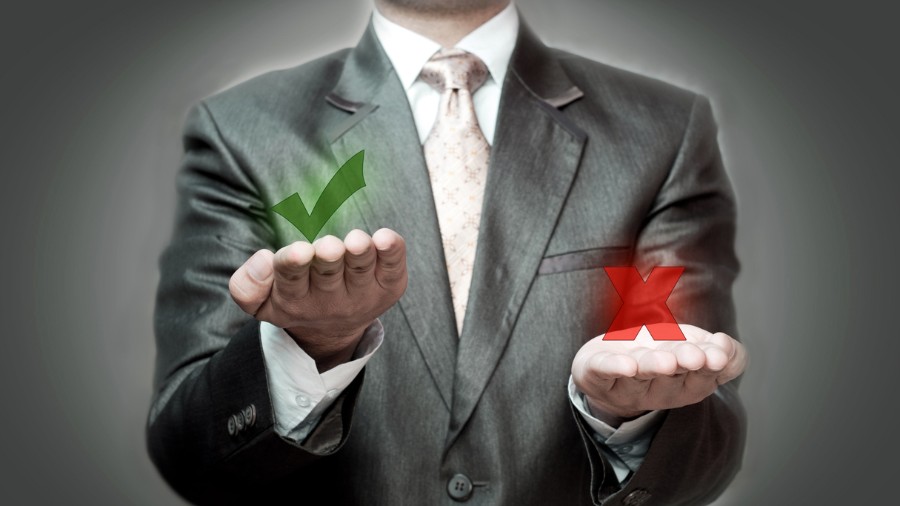 Try this little experiment: read today’s news — online or in the paper — then try not to think that anything you just read about is wrong.

You flunked, of course. How could you not?

When you learned about the latest scandal, political gaffe or crime, you said to yourself, “That’s so wrong.” Or, “That person is so wrong.” Or maybe, “What he said was so wrong.”

Shame on you, you just judged. Theses days everybody seems to be saying you shouldn’t. So did you just sin?

The most often quoted teaching of Jesus seems to be “Judge not, that you be not judged.” (Matthew 7:1) It’s also, to my thinking, one of the most misunderstood. Yet a little common sense goes a long way when you read this verse, because clearly Jesus doesn’t call us to do what’s literally impossible, nor does He contradict Himself.

Yet if we read this as a commandment to suspend all judgment, we also have to assume that He is, in fact, requiring the impossible and rebutting Himself.

He’d be requiring the impossible because we’re incapable of having no opinion of what’s right or wrong. Therefore, to never judge in any way, we’d somehow have to delete from our brains the function which says, “This is OK; this isn’t.” Surely that can’t be what He wants.

He’d also be contradicting Himself, because He specifically calls us, in other verses, to judge. So let’s look at this thorny issue of judging.

He said “Judge not.” Then He said, “Thou shalt judge.”

But then in Luke 17:3, Jesus also commands, “If your brother sins against you rebuke him.” Hmm … you have to make a judgment about your brother’s behavior in order to determine he committed a sin worth rebuking.

Then there’s John 7:24, where He says to “judge with righteous judgments”, a clear reversal of His Sermon on the Mount teaching if, in fact, He was prohibiting all forms of judgement.

Now jump back to Matthew 7:5, just 4 verses after the famous “judge not” phrase. Here, he says to remove the speck from a brother’s eye after removing the log from our own. So again, without judging, I can hardly determine what the speck needing removal is.

We could take this line of thinking further by looking at other scriptural directives to make judgments, like when Jesus tells us to judge whether a tree yields good or bad fruit (Matthew 7:15-20), or where Paul lays into the Corinthian church for not having anyone in their midst who can make judgments (1 Corinthians 6:5) and upbraids them for refusing to judge the immorality of one of their members. (1 Corinthians 5:1-6)

But I think the point’s made: in some ways, we have to judge, so clearly Jesus isn’t saying we should never try to determine what’s right or wrong or, more to the point, whether someone else is right or wrong.

He did, though, warn about judging, so what point was He making? Let’s try unpacking this.

First, when He said, “Judge not”, the original word He used means pretty much what you’d expect: “select”; “choose”; “esteem”; “be of opinion.”

But it also can mean “pronounce judgment upon; subject someone to censure”, which is more than simply having an opinion. It implies not only determining someone is wrong, but also acting as judge and jury over that person. That’s an important point to keep in mind here.

Second, He seems to have been making it clear that the standard we judge others by is the same one we’ll be judged by. That’s more of a warning than a prohibition, the idea meaning (to paraphrase loosely) “When you judge be careful, because you’ll be judged by the same terms, and in the same manner, you’ve judged others by.”

That tells me that yes, I will judge someone else’s behavior or words, and there’s nothing wrong with that. But I’d best be careful to judge by the same standard I’m willing to be judged by, which is not only fair, but inevitable.

I remember decades ago when a few well-known televangelists were found guilty of gross immorality. All of them were wrong, and obviously, all believers were disappointed in them.

But one in particular was known to be mega-judgmental, often naming other leaders and criticizing them, and going on tirades against (among other things) listening to secular music, any form of Christian counseling, modern Christian singers and even attending football games because beer was sold at the stadiums!

The others had sinned, too. But they were judged less harshly, because they hadn’t made a career out of judging others harshly.

Presume to be holier than others, and your presumption will eventually put on a boot and deliver a well-deserved kick to your not-so-holy behind. That, I believe, is what Jesus warned against.

Learn It, Live It, Rightly Divide It

So I’d best see that my judgments of anything — doctrine, actions, words — are based on scripture. Therefore, I can expect scripture to be applied to my words and actions as well. That’s only fair.

Judgment for judgment, measure for measure, Jesus said what you’ve put out will come back to you. (Matthew 7:2) So count on it.

Can’t Go There; Can’t Judge That

Finally, it’s clear that while behavior and words (including teaching, a la the noble Bereans who checked Paul’s doctrine against scripture – see Acts 17:11) should be scrutinized, some things are beyond our ability, or right, to judge.

I have no right to judge another man’s servant. (Romans 14:4) She or he answers to the Master, not me, and I’m in no position to determine how fit or unfit they are for their position based on my limited understanding of them.

So unless a minister or leader violates clearly prescribed Biblical standards spelled out in 1 Timothy 3, Titus 1, or 1 Peter 5, I’d best back off from deciding who should or shouldn’t get behind a pulpit.

Likewise, since I can’t read minds, I surely can’t judge motivations. I may think someone is wrong, but I’m in no position to say why they do what they do.

Nor can I judge someone else’s general worth, since all people are of equal worth in Gods sight. No one is “better” than anyone else; no one is more or less worthy of God’s grace; all have sinned, and all are on equal footing before Him.

The unknown parts of a person — thoughts and feelings, for example — are beyond me. That being the case, I have no right to judge anyone’s motives or value, and no ability to judge what they think or why they think it. Those items are for Him to judge, and Him only.

Everyone Does Judge. Everyone Should Judge Rightly

So when I’m told I must never judge, I respectfully ask the person saying that if he believes anything is right or wrong. Of course he answers “yes”, at which point I remind him he’s judging. (Which, by the way, he should.)

But only in a limited way. So while it’s true that I cannot help but judge words and behaviors as being right, wrong, or neutral, I can and should primarily focus on judging Joe Dallas.

Thoroughly. I should assess his thoughts, attitude, and actions, showing more zeal to judge him than anyone else.

Two things happen when I do. First, I find myself too busy dealing with my own shortcomings to focus much on anyone else’s. Secondly, on those rare occasions when I do feel responsible to point out someone else’s wrong, my diagnostic abilities to discern the mote in my brother’s eye are keenly sharpened by my prior removal of the log in my own.

That, I hope, is the way we’ll always approach the current controversy over judging.