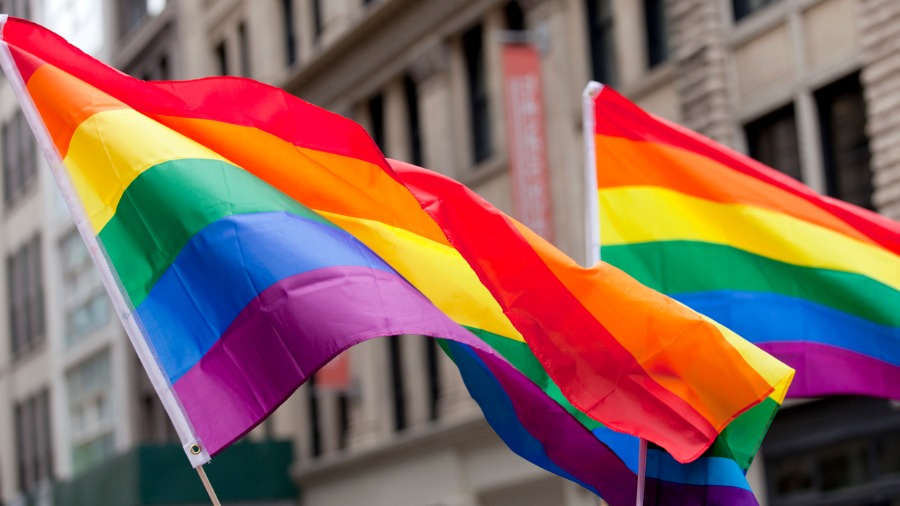 Earlier this year, the House of Representatives passed the Equality Act, which would add sexual orientation and gender identity as protected categories in the Civil Rights Act of 1964.

The radical bill drew widespread opposition from conservatives, and with good reason, as it would enshrine radical gender ideology in federal law and decimate the religious freedom of institutions and individuals alike.

The “Fairness for All Act” Isn’t Fair

A small group of House Republicans introduced a proposal on Friday that would codify the sexual orientation and gender identity provisions of the Equality Act with limited exemptions for certain religious institutions.

The inaccurately named Fairness for All Act is not an improvement on the Equality Act but rather compounds the underlying issues.

The Fairness for All Act adopts the faulty reasoning of the Equality Act, treating all disagreement about the nature of marriage and the biological basis of sex as illegal discrimination.

The original purpose of the Civil Rights Act was to remedy systematic, severe, and pervasive violations of the rights of black Americans based on irrational prejudice. By adding the subjective, mutable categories of sexual orientation and gender identity to this law, the federal government would in essence declare disagreement on conduct or self-perception to be equivalent to racist bigotry, and no amount of religious exemptions can fix this fatal flaw in the Fairness for All Act.

The proposed bill would have numerous negative consequences for the same groups impacted by the Equality Act, as a group of conservative organizations recently outlined in a letter to Republican members. It would expose medical professionals and hospitals to ruinous lawsuits if they decline to provide hormonal and surgical gender transition procedures, including on minors.

The Trump administration has made significant progress in protecting the rights of doctors to be guided by their consciences and their best medical judgment in this area, but the Fairness for All Act would reverse these gains.

The medical mandate’s impact would reach beyond just health care professionals, however.

When doctors lose choices, parents lose choices. A recent dispute between two divorced parents in Texas over “transitioning” their 7-year-old son to wear girls’ clothing and use a female name and pronouns highlighted the risks of experimental treatments such as puberty blockers and cross-sex hormones.

Evidence shows that up to 95% of children who experience gender dysphoria will reconcile with their bodily sex if they are not placed on the path to medical transition. This bill would make it less likely that these children will come to accept their bodies and instead direct them toward irreversible, permanently sterilizing medical interventions.

The Fairness for All Act would also have detrimental effects on foster children and the families who care for them.

Agencies and parents that receive federal funding would be required to treat children in the custody of the state in accordance with the child’s stated gender identity rather than his or her biological sex. This forced affirmation of transgender ideology would prohibit caretakers from seeking counseling to help children accept their bodies or even pursuing a “watchful waiting” approach to gender dysphoria.

It’s not much of a stretch for a court to apply the logic of the Fairness for All Act regarding foster parents to biological parents in the future. In one Ohio case, disagreement over treatment of gender dysphoria led to biological parents losing custody of their teenage daughter because they objected to her undergoing testosterone treatments.

Forced to Bow to Transgender Ideology

The Fairness for All Act would force individuals and institutions to bow to transgender ideology, threatening privacy, safety, and fairness for women and girls.

Schools, businesses, and other public accommodations would be forced to allow biological males access to women’s restrooms and locker rooms on the basis of self-declared gender identity. This poses a serious risk of abuse by predators.

In one Georgia elementary school that adopted a gender identity policy, a kindergartner was assaulted by a male classmate in the girls’ bathroom. Homeless shelters would be required to house men who self-identify as female with vulnerable women, as recent lawsuits in Alaska and California demonstrate. Under state sexual orientation and gender identity policies, schools have allowed biological males to compete on female sports teams, destroying female athletes’ opportunities for fair competitions.

The Fairness for All Act’s provisions exempting religious institutions from these rules would still leave the vast majority of women and girls without federal legal protections, erasing them as a meaningful category in civil rights law.

The Fairness for All Act’s provisions exempting religious institutions from these rules would still leave the vast majority of women and girls without federal legal protections, erasing them as a meaningful category in civil rights law.

By adding sexual orientation and gender identity to the employment section of the Civil Rights Act, Fairness for All Act would curb freedoms of speech, conscience, and religion for countless other Americans.

Businesses with 15 or more employees would be required to allow employees who identify as transgender to access opposite-sex private facilities and violate sex-specific dress codes, as well as potentially creating a “preferred pronoun” mandate. Private businesses would forfeit the freedom to hire and conduct business in accordance with their consciences and religious beliefs if their workforces grow to more than 15 employees.

Proponents of the Fairness for All Act tout its religious exemptions as an important bulwark against the potential damage that would be wrought by the Equality Act or similar legislation.

In reality, its narrow exemptions for some religious schools, colleges, and charities would not even fully protect those institutions. If they open their property to the public, they would be required to allow it to be used to celebrate same-sex weddings.

The legislation also contains a severability clause, meaning that a judge could strike down the religious exemptions while leaving the other harmful provisions in place, leaving the country with the functional equivalent of the Equality Act in law.

Major LGBT activists and their organizations have never been equivocal about their disdain for religious exemptions from sexual orientation and gender identity laws.

They have actively sought to gut existing religious freedom protections, as evidenced by former Democratic presidential candidate Beto O’Rourke’s declaration that churches who refuse to affirm same-sex marriage should lose their tax-exempt status.

There is no reason to expect these groups to change their approach if the Fairness for All Act becomes law. Supporting this proposal would comprise a unilateral surrender to the most radical version of sexual and gender ideology in exchange for flimsy protections for a few favored groups — and that’s not “fairness” by any definition.