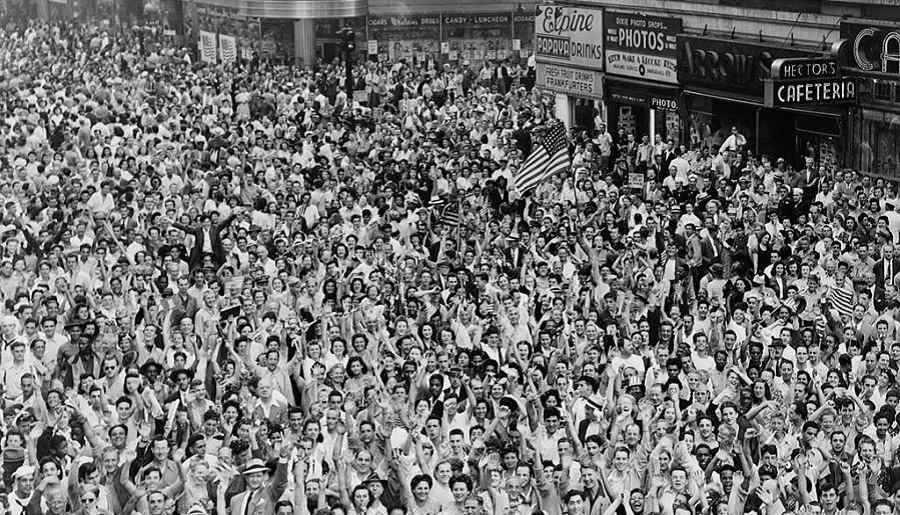 A massive crowd gathers in New York’s Times Square to celebrate President Harry Truman’s announcement of the Japanese surrender to end World War II on August 14, 1945. The following day would be officially celebrated as V-J Day.

It is impossible to adequately thank the Greatest Generation on this 75th anniversary of their epic triumph over evil. The world would be a dark place if the Allies had not been victorious in World War II. As Gen. Dwight D. Eisenhower wrote on the eve of D-Day, “Good luck! And let us beseech the blessing of Almighty God upon this great and noble undertaking.”

The world will always honor and remember the heroes of World War II.