On the 19th anniversary of the worst terrorist attack in American history, The Stream honors the victims of 9/11 and those who've sacrificed since. 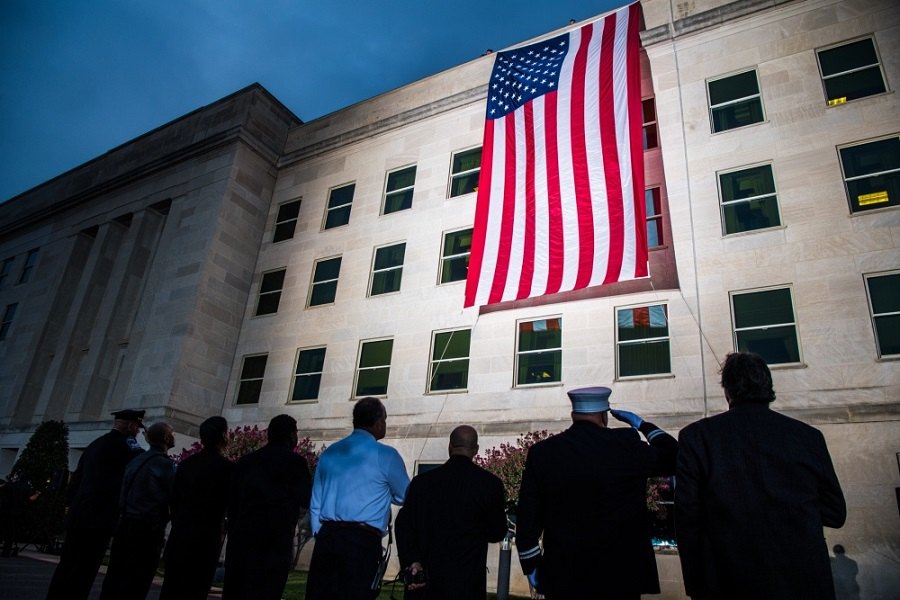 An American flag is unfurled at the Pentagon to honor victims of the 9/11 attacks at dawn on September 11, 2019.

On September 11, 2001, terrorists struck at the very heart of our liberty. They failed. Nineteen years later, our nation is still free.

Today, we remember each and every 9/11 victim who died at the World Trade Center, Pentagon, Pennsylvania and on all four hijacked planes. We also honor the police officers, firefighters and first responders who bravely ran into the fire. Last but certainly not least, we thank all the courageous members of our military who have stepped forward to serve in the 19 years of war that followed. Your sacrifices kept our nation strong and safe.

May God bless every single family impacted by the tragic events of 9/11. You and your loved ones are American heroes who will never be forgotten by a grateful nation.