Military Photo of the Day: Remembering 9/11 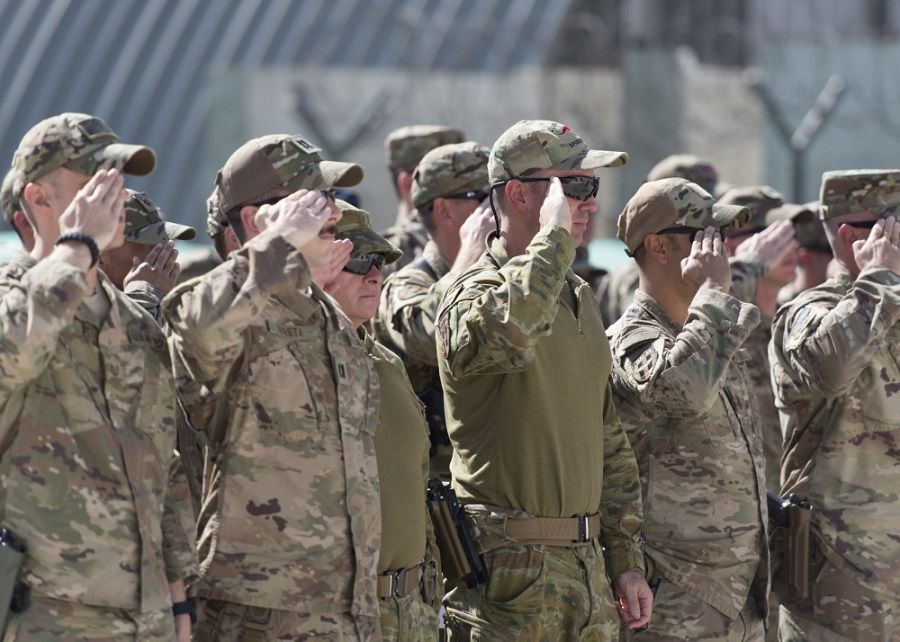 U.S. service members deployed to Afghanistan render a salute during a 9/11 memorial ceremony on September 11, 2018, in Kabul.

Eighteen years after the worst terrorist attack in American history, thousands of brave men and women in uniform are still deployed to the country where 9/11 was planned. As we honor all 2,977 victims and their families, we also thank each and every volunteer warrior who has stepped forward to serve since that terrible day.

“We will rally the world to this cause by our efforts, by our courage,” President George W. Bush told a Joint Session of Congress on September 20, 2001. “We will not tire, we will not falter and we will not fail.”

Our military has been fighting terrorism ever since. Because of these courageous heroes and their families, we are free.