Military Photo of the Day: Remembering Those Lost on the USS Cole 20 Years Later

Honoring victims of the USS Cole bombing on the terrorist attack's 20th anniversary. 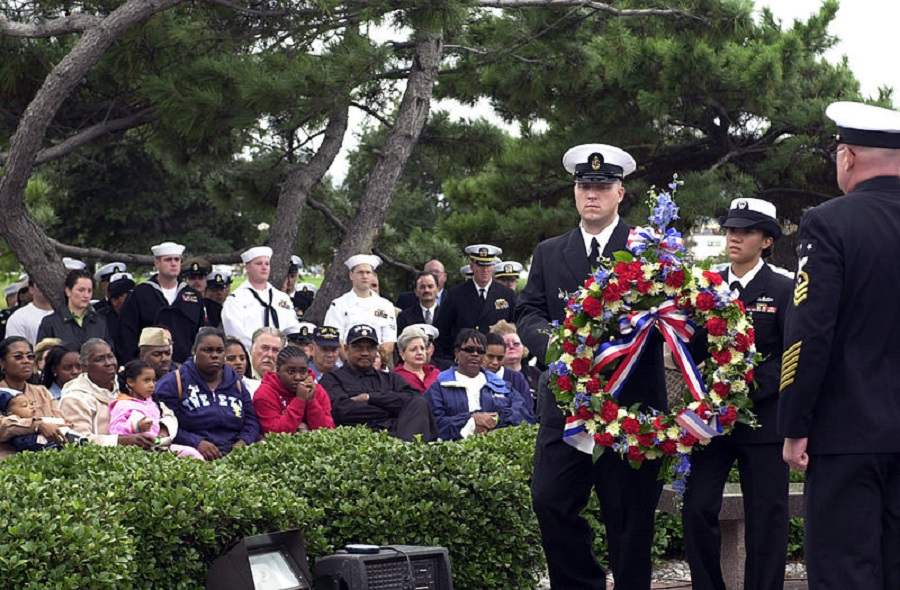 Sailors assigned to the guided missile destroyer USS Cole bear a ceremonial wreath as they circle the USS Cole memorial on Naval Station Norfolk on October 12, 2005.

Twenty years ago today, al Qaeda terrorists killed 17 U.S. Navy sailors and injured 39 others in Aden, Yemen. The bombing of the USS Cole shocked much of the nation and was a tragic precursor to the 9/11 attacks that would come less than a year later.

On this solemn anniversary, we honor and remember these 17 American heroes and pray for their families. As President Bill Clinton said shortly after the bombing, “To those who attacked them we say, you will not find a safe harbor. We will find you and justice will prevail. America will not stop standing guard for peace or freedom or stability in the Middle East and around the world.”